In Arizona, Trump’s campaign dropped a legal challenge of a number of ballots in Maricopa County, saying Biden’s overall lead in the state is to big for the disputed ballots to make a difference. The move came a day after NBC News and other media outlets projected that Biden will win the state’s popular vote.

And in Michigan on Friday, a judge declined a request by Trump backers to block the certification of election results in Detroit.

That judge rejected allegations by two poll challengers who claimed to have seen irregularities that allowed invalid ballots to be counted.

Timothy Kenny, chief judge of Wayne County Circuit Court, said those people “did not have a full understanding” of the vote counting process and their “interpretation of events is incorrect and not credible.”

In its filing in Maricopa County court, the Trump campaign, which has said that numerous voters had their ballots invalidated, said that “the tabulation of votes statewide has rendered unncessary a judicial ruling as to the presidential electors.”

Arizona has 11 votes in the Electoral College. NBC last week had projected that Biden will win Michigan, which has 16 electoral votes.

Biden was projected to win the presidential race as of last Saturday.

NBC News projects he now has 290 electoral votes, 20 more than he needs to clinch a White House win. And the former Democratic vice president is leading the popular vote count over Trump in Georgia, where the race has yet to be projected.

Georgia has 16 electoral votes at stake. The state will conduct a hand recount of all ballots because the race is so tight.

Trump campaign spokesman Tim Murtaugh told CNBC, in response to the filing in Arizona, “All parties acknowledge that in-person voters, who were likely predominately Trump voters, were disenfranchised by having their votes kicked out by the machines in Maricopa County, so for Democrats to celebrate that fact is shameful.”

Trump has refused to concede the race, as his campaign conducts a series of legal challenges in a half-dozen battleground states in an effort to reverse Biden’s lead. The president has falsely claimed that he won the race.

The Arizona complaint, which was filed Saturday in Maricopa County Superior Court, alleged that numerous voters filing ballots in person on Election Day had been tricked into having their votes disqualified by the electronic tabulation machines.

The Trump campaign had originally argued if the disqualified ballots were added to the vote tally, it “will prove determinative of the outcome of the election for President of the United States in Arizona and/or other contested offices in Maricopa County.”

“Numerous voters were alerted by these devices to a facial irregularity in their ballot … but were induced by poll workers to override the tabulator’s rejection of the ballot in the good faith belief that their vote would be duly registered and tabulated,” the complaint alleged.

In its filing Friday, the campaign said the issue of the ballots affecting Trump’s electoral chances is moot because of the statewide lead for Biden. But it said that two down-ballot races, for the Board of Supervisors in Maricopa County, and for a state Senate seat, “remain at issue” in the case. 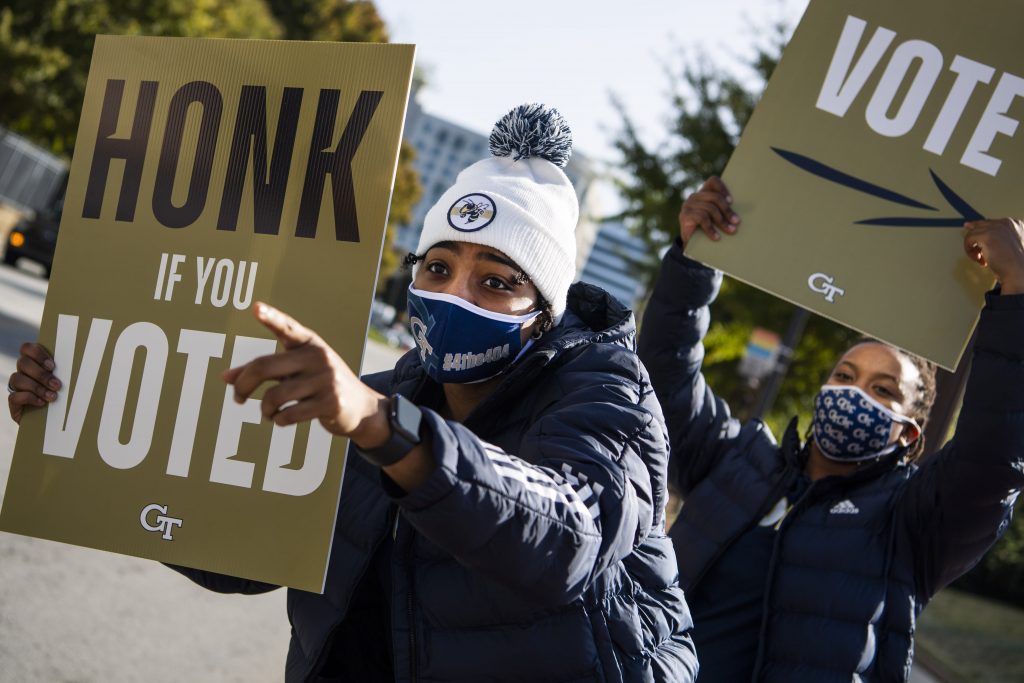