A senior adviser to President Donald Trump’s campaign made the dubious claim that Trump was “probably the most protected person on Earth,” because his visitors “must submit to a COVID test” and “people don’t physically get close” to him.

But experts say the White House testing strategy was insufficient to protect the president, and White House photos show a maskless Trump in close contact with others.

Epidemiologists warn that while rigorous testing procedures can help identify cases and reduce the risk of an outbreak, they do not ensure that someone will not get infected. Particularly in the early days after an infection, tests may show a negative result even if someone is infectious. And no test is 100% accurate. Other mitigation protocols, such as wearing face masks and social distancing, are still needed.

Also, photos posted in recent weeks on the official White House Flickr account show Trump in close contact with numerous people, often with neither the president nor others wearing masks.

Trump revealed in the early morning hours of Oct. 2 that he had tested positive for the coronavirus. After experiencing fever and being given supplemental oxygen treatment, Trump spent three days getting treatment at Walter Reed National Military Medical Center before being discharged to the White House on Oct. 5.

On “Fox News Sunday,” host Chris Wallace asked senior campaign adviser Steve Cortes about a lack of social distancing at the White House. Wallace showed Cortes a photo of the Sept. 26 Rose Garden event officially announcing the nomination of Amy Coney Barrett for the Supreme Court, with seven people circled who have since tested positive for COVID-19.

“Question, Steve, people packed together, the vast majority not wearing masks, how does that make sense?” Wallace asked.

Cortes, Oct. 4: Tremendous precautions are taken to protect the president, as you well know. Anybody who goes to see the president must submit to a COVID test first and also there is significant distancing. People don’t physically get close to the president, at least people who don’t have to.

Of course his family members, some of the security detail, that’s a different story, but I think given these precautions and given that he is probably the most protected person on Earth, the fact that he still got infected shows us that unfortunately this virus has that kind of power, that kind of communicable ability. And the president though, and he’s made this clear, he was unwilling to completely sequester himself to take no risk because leaders take risks and he is the servant of the people as well as the commander-in-chief so he said he must be around the people he serves.

But the evidence shows there were flaws in what Cortes called the “tremendous precautions” taken to protect the president.

On April 3, the White House announced that anyone in “close proximity” to Trump and Vice President Mike Pence would be tested.

But as Harvard epidemiologist Michael Mina explained in an Oct. 2 press call (starting around the 13:45 mark), while testing can be effective in stopping the onward spread from someone who has tested positive, “Testing will never stop somebody from getting the virus. To stop yourself from getting the virus, you need to not come in contact with the virus or you need to protect yourself through wearing a mask if you are in contact with the virus. And obviously I would say the president hasn’t been particularly good at doing that.”

As we’ve written before, there are inherent limitations in diagnostic tests. Even if someone tests negative, that doesn’t necessarily mean that a person isn’t infected — only that the test didn’t detect the presence of the virus at that specific time.

Given that it can take a few days or even longer for the virus to become detectable, a negative result means someone still could be infectious and other public health measures should still be taken.

The White House was reportedly using Abbot’s ID NOW test as a rapid test for screening staff. The test is a molecular test that looks for the viral genome in a nasal swab sample, but is faster and less sensitive than the standard PCR tests.

Mina said that the test was very good — perhaps the best rapid test available. But no test is perfect, and the test is not actually designed to be used the way the White House deployed it.

The FDA’s emergency use authorization was revised in mid-September to specify that testing is intended to be “from individuals who are suspected of COVID-19 by their health care provider within the first seven days of the onset of symptoms.” In other words, the test is meant for those who have symptoms, not for surveillance.

“If you told me that somebody who was only testing, not wearing their mask, not distancing, and not taking every other precautionary measure tested positive,” Saskia Popescu, a University of Arizona epidemiology professor and biodefense expert, told STAT News, “I would say: ‘no shit, Sherlock.’”

Trump Not Socially Distancing in Photos

Although Cortes claimed there is “significant distancing” and that, “People don’t physically get close to the president,” numerous photos posted on the official White House Flickr account over the last several weeks show that Trump was regularly in close contact with people, often while neither the president nor others wore masks.

Here is Trump with Barrett and her family in the Oval Office on Sept. 26. Nobody is wearing masks: Here is Trump the next day at an East Room reception for Gold Star families on Sept. 27. No one seated in the audience at the indoor reception is wearing masks: Here is Trump standing a couple of feet away from Lordstown Motors CEO Steve Burns at an event on the South Lawn on Sept. 28, elbow to elbow inspecting a pickup truck: The president here is signing a hat for a supporter in a wheelchair at the Duke Energy Hangar in Charlotte, North Carolina, on Sept. 24. The supporters are wearing masks; Trump is not: Trump is seated with Secretary of State Mike Pompeo on one side and Vice President Pence on the other on Aug. 20 in a bilateral meeting with the prime minister of Iraq: Here, Trump speaks with White House staff and guests at the South Portico of the White House on Sept. 24, prior to boarding Marine One: On Sept. 23, Trump meets in the Cabinet Room of the White House with states attorneys general on protecting consumers from social media abuse: Trump speaks with Israeli Prime Minister Benjamin Netanyahu during a bilateral meeting on Sept. 15 in the Oval Office: Even after learning that Hope Hicks, a senior adviser to Trump, had tested positive for COVID-19, Trump went to a fundraising event at his golf club in Bedminster, New Jersey.

“Hope Hicks, we discovered (her positive test) as Marine One was taking off yesterday [for Bedminster],” White House Chief of Staff Mark Meadows said on Oct. 2. “We pulled some of the people traveling in close contact.”

Trump acknowledged that Hicks is someone he and the first lady “spend a lot of time with,” and according to Centers for Disease Control and Prevention guidelines, people who come into contact with someone sick with COVID-19 should quarantine for 14 days, “even if you test negative for COVID-19 or feel healthy.”

That’s not entirely accurate. While the fundraising event attended by about 100 large-dollar donors was held outdoors, and several attendees told ABC News the president socially distanced and everyone wore masks, there was also a campaign “roundtable” held in an enclosed tent. According to one attendee, the roundtable event was attended by about 19 people, none wearing masks, though the president sat at a table about 10 feet away from anyone else.

However, the latest information from the CDC dispels the idea that people are necessarily safe if they keep a 6-foot distance, particularly if they are indoors.

“Some infections can be spread by exposure to virus in small droplets and particles that can linger in the air for minutes to hours,” the CDC states. “These viruses may be able to infect people who are further than 6 feet away from the person who is infected or after that person has left the space.”

“There is evidence that under certain conditions, people with COVID-19 seem to have infected others who were more than 6 feet away,” the CDC states.

According to the Wall Street Journal, after his return from New Jersey, Trump took a rapid COVID-19 test, and tested positive. But he did not disclose that in a subsequent phone interview with Sean Hannity on Fox News, saying only that he “just went out for a test” — a more thorough screening than a rapid test — and had not yet gotten back results.

Trump said he was tested because, “I spend a lot of time with Hope, and so does the first lady.”

And he discussed how difficult it can be to social distance.

In an interview on the Fox Business Network on Oct. 5, Trump coronavirus adviser Dr. Scott Atlas, a senior fellow at Stanford University’s Hoover Institution, acknowledged that Trump has not always followed the social distancing guidelines.

“He wants to talk to people,” Atlas said. “He needs to be with people. He can’t afford to be … he uses mitigations — hand washing, social distancing, masks when necessary. But the reality is, he’s not going to be able to social distance from the American people all the time. He can’t always do that. And so, we do our best to protect him. Everybody does their best at protecting the White House’s special environment.”

Upon his return to the White House from the hospital, Trump walked to the balcony above the South Lawn, removed his mask, put it in his pocket and posed for photographers for two minutes. 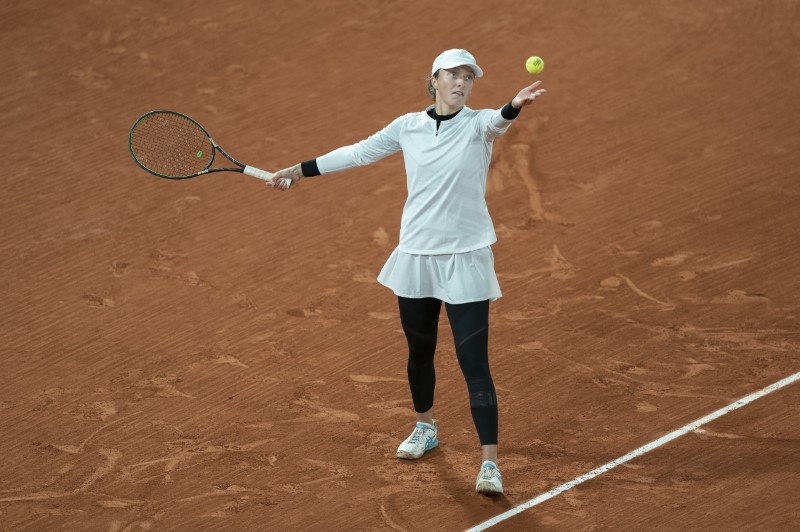