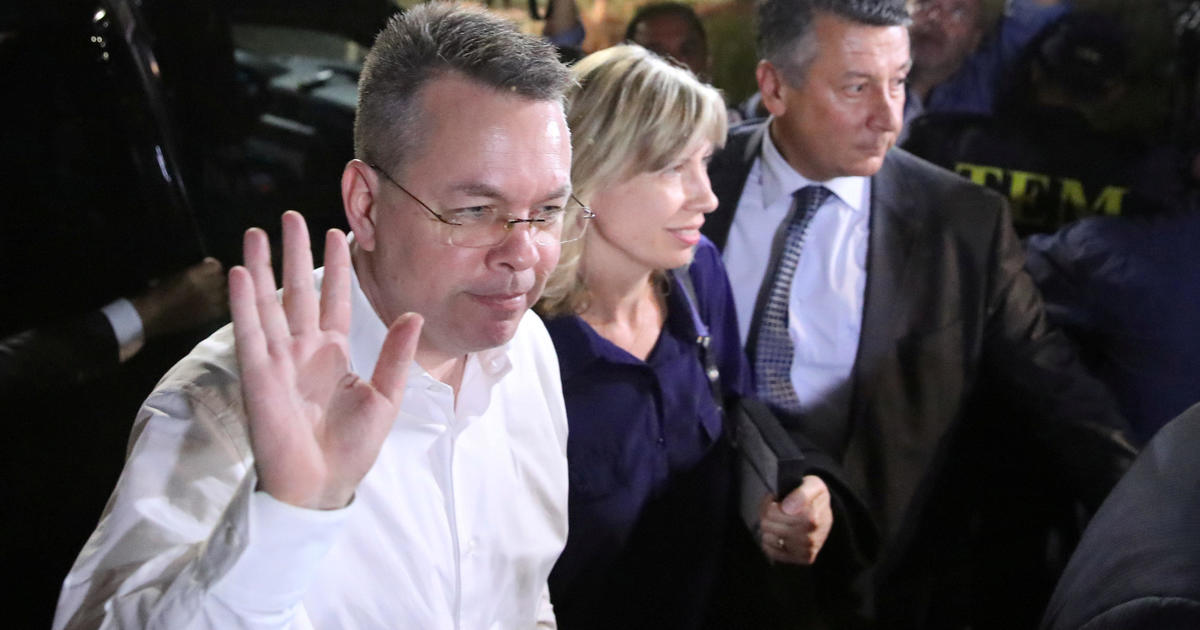 President Trump tweeted on Saturday about the release of American pastor Andrew Brunson, who was detained in Turkey for two years. He praised Brunson and said no deal was made with Turkey to secure his freedom.

“Pastor Andrew Brunson, released by Turkey, will be with me in the Oval Office at 2:30 P.M. (this afternoon),” Mr. Trump tweeted Saturday morning. “It will be wonderful to see and meet him. He is a great Christian who has been through such a tough experience.”

Mr. Trump said in a second tweet, “I don’t make deals for hostages. There was, however, great appreciation on behalf of the United States, which will lead to good, perhaps great, relations between the United States & Turkey!”

Brunson was a pastor at a small evangelical church in Izmir, Turkey. He was detained in October 2016 and held on charges related to espionage and terrorism. On Friday, a court sentenced him to just over three years in prison but let him go for time served in detention. He was sentenced for allegedly helping terror groups.

Turkish President Recep Tayyip Erdogan tweeted a response to Mr. Trump, saying that “as I always pointed out, the Turkish judiciary reached its decision independently.” He continued: “I hope that the United States and Turkey will continue their cooperation as the allies that they are, and fight together against terrorist groups.”

His release is a victory for Mr. Trump, who has been assiduously courting evangelical Christian voters throughout his campaign and time in office.

After his release on Friday, Brunson flew to Germany for medical care. He is set to meet with President Trump Saturday afternoon in Washington.

Down, But Not Out: Preparing For Value’s Resurgence

Sat Oct 13 , 2018
This article was originally published on ETFTrends.com. By Todd Shriber via Iris.xyz A simple definition of value investing is the implementation of a strategy that selects stocks that are trading below their intrinsic values. Decades of academic research support the notion that, particularly over long time horizons, value is one of […]