U.S. President Donald Trump participates in a medal ceremony in the Oval Office at the White House in Washington, December 3, 2020.

President Donald Trump, in a stunning Tuesday night tweet, called the $900 billion Covid relief bill passed by Congress an unsuitable “disgrace” and urged lawmakers to make a number of changes to the measure, including bigger direct payments to individuals and families.

The relief legislation passed by Congress on Monday was negotiated in part by a senior Trump administration official, Treasury Secretary Steven Mnuchin. Trump himself had been absent from the talks since before the election. Lawmakers went home for the holidays after passing the bill.

The president’s tweet, which included a video of him discussing what he considers the bill’s many flaws, including funding headed overseas, came less than 24 hours after the Senate passed the measure. The foreign aid provisions are part of a $1.4 trillion measure to keep the government funded, which was paired with the Covid relief bill.

Trump did not threaten a veto in the video, and he had been expected to sign the legislation into law, along with the bill to keep the government open. The legislation passed both houses of Congress with veto-proof majorities.

In another jarring twist, House Speaker Nancy Pelosi, one of Trump’s political arch enemies, agreed with his call for $2,000 payments. “Democrats are ready to bring this to the Floor this week by unanimous consent. Let’s do it!” she tweeted.

House Democrats, who hold a majority in the chamber, will seek to see if they can pass a measure for $2,000 direct payments by unanimous consent Thursday, Christmas Eve, NBC News reported, citing a senior Democratic aide. House Majority Leader Steny Hoyer did not specify the day, but said in a tweet that the vote would happen this week.

The House will be in a pro forma session, and it will only take one lawmaker to prevent its passage.

It’s not clear whether the larger direct payment would pass muster in the Senate, however. Several Senate Republicans have resisted higher stimulus payments.

The government will shut down Monday if Trump doesn’t sign the legislation.

A spokesperson for Senate Majority Leader Mitch McConnell didn’t immediately respond to a request for comment.

The package includes increased jobless benefits, more small business loans, a direct payment of $600 to individuals, and funds to help distribute Covid-19 vaccines, among other things.

Lawmakers were seeking to avoid the expiration of unemployment programs that would cause 12 million people to lose benefits the day after Christmas. They also sought to keep an eviction moratorium from lapsing. Without the moratorium, tens of millions of people could lose their homes at the end of the month.

The size of direct payments were a key sticking point in the final bill, which came after months of failed talks and false starts, all while the economy struggled to recover and hundreds of thousands of Americans died from the coronavirus.

GOP Sen. Josh Hawley and independent Sen. Bernie Sanders, who caucuses with Democrats, had pushed for $1,200 checks for individuals, which would have matched what the government sent to people during the pandemic’s earlier stages in the spring.

Mnuchin told CNBC earlier this week that people could start receiving stimulus checks as soon as next week.

The surprise move by Trump sowed confusion for struggling U.S. airlines that were set aside $15 billion in federal payroll support within the $900 billion relief package.

In order to receive those funds, airlines would have to call back the more than 32,000 employees they furloughed this fall after the terms of the previous round of federal payroll support, $25 billion, expired. They would have to provide backpay to Dec. 1.

American Airlines CEO Doug Parker and President Robert Isom earlier Tuesday said in a staff note that the 19,000 employees the carrier furloughed since Oct.1 would receive their pay by Christmas Eve. The airline isn’t currently planning to change course, according to a person familiar with the matter.

Trump also said that if Congress doesn’t deliver the relief package he wants, it will be left to the next administration.

“And maybe that administration will be me, and we will get it done,” he said.

Trump lost to Biden in November’s election. Still, the president has continued to falsely insist that he actually won the election, and that he was the victim of widespread voter fraud. Several judges have rejected Trump’s and Trump allies’ efforts in court to overturn Biden’s victory.

Later Tuesday, Trump lashed out at Senate Republican leadership, particularly McConnell and Senate Majority Whip John Thune, R-S.D. McConnell and Thune have said that the Senate would not stand in the way of certifying Biden as the winner of the presidential election.

Trump demands Congress increase second stimulus check from $600 to $2,000. Here are the chances of that happening 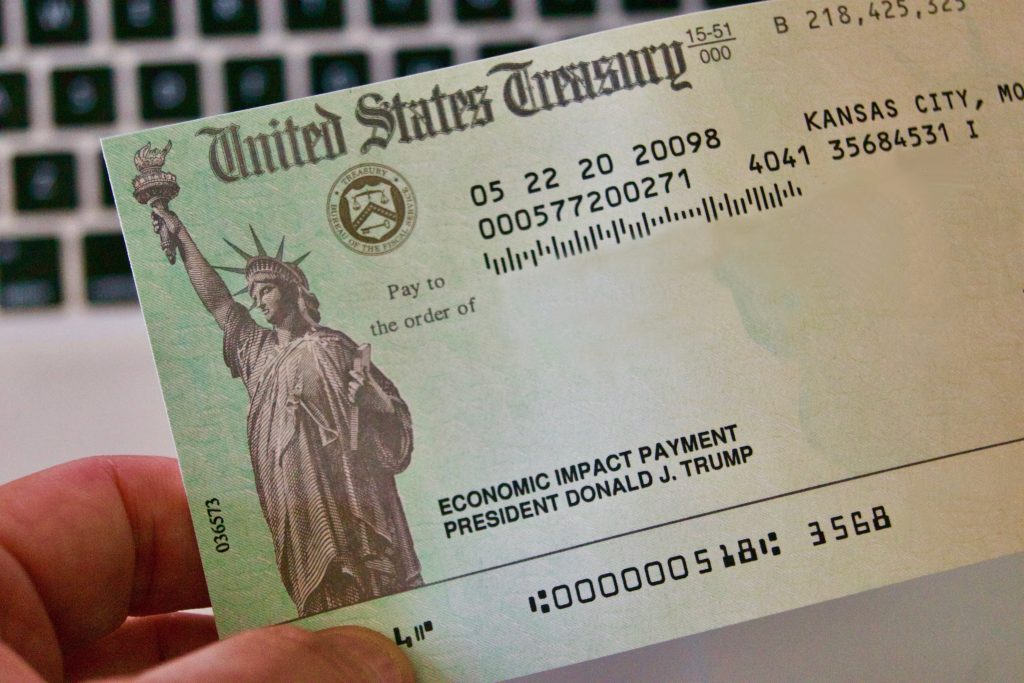