Several days after Sen. Mitt Romney was the lone Republican vote to convict President Donald Trump of abuse of power in the impeachment trial, the president used his Twitter account to spread dubious and unfounded viral claims about the Utah senator.

We asked the White House for support for these claims, but we haven’t received a response.

Trump retweeted posts attempting to tie Romney to Burisma, the Ukrainian gas company on whose board former Vice President Joe Biden’s son, Hunter, served from 2014 to 2019. As we’ve written before, Trump has twisted the facts on the Bidens and Ukraine. The president’s request that Ukrainian President Volodymyr Zelensky investigate the Bidens was at the heart of the whistleblower complaint against Trump and his impeachment in the House and subsequent acquittal in the Senate.

Romney’s vote in the impeachment saga came on Feb. 5, and days later, he found himself the target of Trump’s retweets.

One of the posts the president retweeted was a meme that makes the unfounded claim “Romney’s son” — as well as the sons of House Speaker Nancy Pelosi and former Secretary of State John Kerry — “are all on the board of directors for energy companies doing business in Ukraine.” We looked into those assertions in October and found no evidence that any of those political leaders’ sons worked for energy companies based in, or “doing business in,” Ukraine.

Romney has five sons, who work in finance, real estate and radiology, as we explained. The senator’s office declined to comment when we wrote that story, saying only that the claims were “fake news from random online trolls.”

We reached out to Romney’s office again, now that the president has spread the viral meme, but we haven’t received a response.

Trump also retweeted a post from the conservative site Big League Politics, which claims Romney is “tied” to Burisma because a former adviser to his 2012 presidential campaign was on the company’s board. That’s an awfully thin “tie.”

The linked story, posted in September, notes that Joseph Cofer Black — a “special adviser” under the Romney campaign’s foreign policy and national security team — joined the Burisma board in 2017. Black, a former director of the CIA’s counterterrorist center and State Department coordinator for counterterrorism who served under both the George W. Bush and Bill Clinton administrations, did join the Burisma board in 2017, as reported in the Kyiv Post.

This is a classic guilt-by-association claim. There’s no evidence Romney had anything to do with Black getting a position on Burisma’s board five years after his presidential campaign. Black was one of 24 special advisers to the campaign on foreign policy and national security.

The Big League Politics post credited the conservative site the American Thinker with discovering these so-called “connections” between Romney and Burisma.

These claims went viral in the fall, after Romney had expressed concern about the president’s actions. On Sept. 22, after news reports said Trump had pressured Zelensky to investigate Hunter Biden in a July 25 phone call, Romney said on Twitter that “it would be troubling in the extreme” if Trump had asked for an investigation, “either directly or through his personal attorney.” Romney added: “Critical for the facts to come out.”

The Washington Post wrote in October about the spread of such claims online and through social media, saying the episode “serves as a preview of the viral attacks likely to be unleashed on GOP lawmakers if they buck their president during an impeachment showdown that Trump has denounced as a ‘coup.’” And, in fact, after Romney voted for one article of impeachment, these dubious claims are spreading again, getting a boost from the president.

Tue Feb 11 , 2020
Entertainment journalist Kim Serafin discusses box office numbers from 2019 as well as entertainment headlines, like Kim Kardashian buying her daughter a Michael Jackson-owned jacket. LOS ANGELES — Universal Pictures said Tuesday that it will release the social satire “The Hunt,” a film it canceled in the wake of criticism about […] 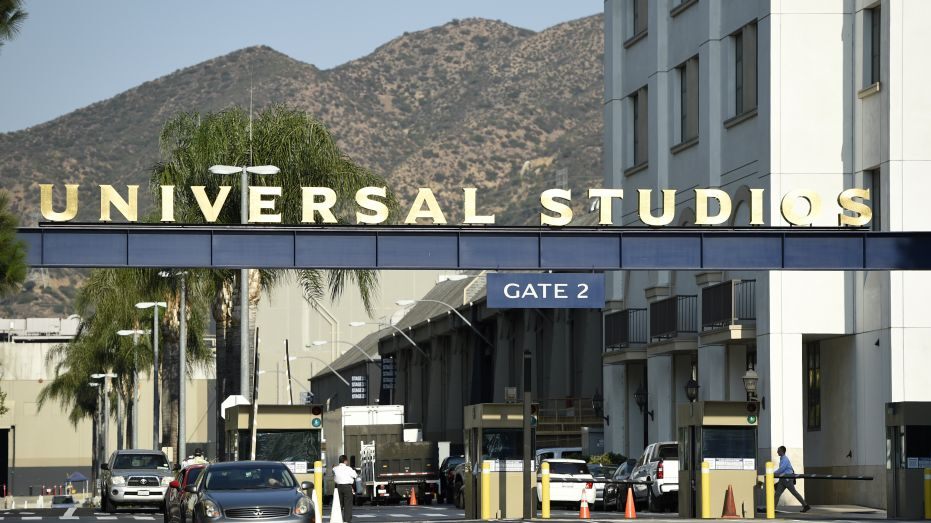