Felix Sater, a Russian-born real estate developer, arrives for a closed-door interview with the U.S. House Intelligence Committee about his experiences working on a proposed Trump tower project in Moscow during the 2016 election, at the U.S. Capitol in Washington, U.S. July 9, 2019. REUTERS/Jonathan Ernst

Sater said he spoke “fully and completely” about the unbuilt Moscow tower, which Donald Trump pursued while running for president despite at the time denying any links to Russia.

“All of the knowledge I had about the deal I revealed to the committee,” Sater said. “I answered every question that was asked of me.”

Patrick Boland, a spokesman for the committee, disputed Sater’s claim that he testified fully.

We “must correct the record,” Boland said. “Mr. Sater has not fully cooperated with the committee, and he will remain under subpoena until he does so.”

Boland said that Sater did not produce documents requested of him, including unredacted telephone records, and asserted a “baseless claim of attorney-client privilege” in response to questions about a statement provided to the committee by former Trump lawyer Michael Cohen.

The panel last month issued a subpoena for Sater after he failed to appear for a closed-door interview with the committee. He blamed his absence on an unexpected illness that caused him to sleep through his wake-up alarm.

New York-based Sater, whose links to Trump were examined in former Special Counsel Robert Mueller’s report on Russian meddling in the 2016 U.S. election, worked with Cohen on the plan to build a Trump-branded skyscraper in the Russian capital.

The House Intelligence Committee had wanted to talk to Sater about his work on the project, which came under renewed scrutiny after Cohen pleaded guilty in November to lying to Congress about when negotiations on the deal ended in order to minimize Trump’s links to Russia.

Numerous current and former associates of President Donald Trump have refused to cooperate with Democratic-led congressional investigations of the Republican president and his business interests.

Sater said he wanted to testify publicly, but that the committee had requested the meeting be held behind closed doors.

Blackstone strategist: Market is too dovish on Fed policy, will lead to up to 15% correction

Tue Jul 9 , 2019
Blackstone‘s chief investment strategist said on Tuesday that market expectations for Federal Reserve policy are too dovish, and it could lead to a 10% to 15% correction in equity prices. Consensus estimates are for a quarter-point rate cut at the Fed’s meeting later this month, according to the CME’s FedWatch […] 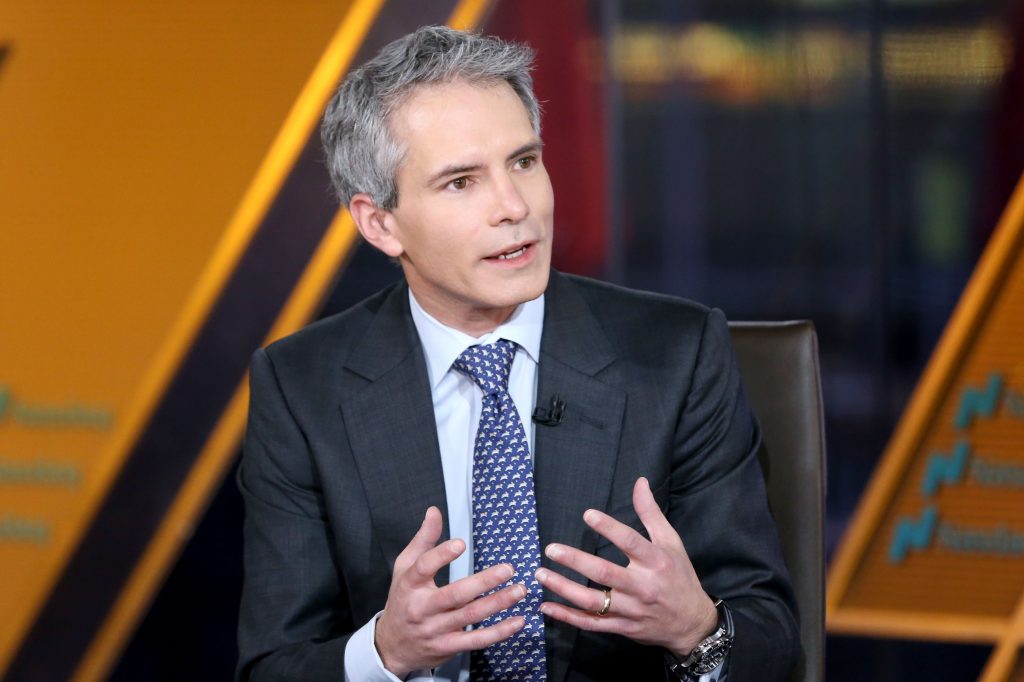