By Kate Duguid and Lawrence White

NEW YORK/LONDON (Reuters) – Wall Street banks are on track for a record year of revenue from trading U.S. government-backed mortgage debt, industry sources told Reuters, amid a surge in demand – from the Federal Reserve in its battle against the pandemic, and from investors hunting yield.

Revenue from trading bundles of home loans at the biggest global banks – including JPMorgan, Citi and Goldman Sachs among others – is expected to top $3 billion in 2020, one source with direct knowledge of the banks’ trading revenue said, besting last year’s peak of $2.5 billion.

The source declined to be identified because the data isn’t publicly available.

“Buying mortgages in March was one of the best trading opportunities in mortgages since the last financial crisis,” said Daniel Hyman, head of agency MBS portfolio management at Pacific Investment Management Company (PIMCO).

The surge in demand and activity has also allowed new names to enter the space. Bank of Montreal, which acquired mortgage security broker-dealer KGS-Alpha Capital Markets in 2018, is now actively trading residential mortgage-backed securities or RMBS, according to the source.

Bank of Montreal and JPMorgan did not respond to a request for comment. Goldman Sachs and Citi declined to comment.

The trading boom is likely to provide a silver lining in an otherwise tough period for U.S. banks amid record low interest rates and rising bad debts. They start reporting third-quarter earnings next week, with JPMorgan and Citi kicking things off on Oct. 13.

The premia that investors demanded to hold these bonds over risk-free Treasury debt, as measured by the Ginnie, Fannie and Freddie MBS ICE BofA indexes, were the widest since the 2007-2009 financial crisis in mid-March. That was just before the Fed announced it would increase its holdings of the securities, which are known as agency RMBS.

Since then, the Fed has bought more than $600 billion of agency RMBS and the spreads have narrowed by more than 50 basis points.

But the Fed isn’t the only one buying. Demand for safe-haven assets jumped when the pandemic first roiled financial markets, and has persisted since. Investors have rushed into agency RMBS, which have the benefit of government backing, while also offering a higher yield than Treasury debt.

Yields on Treasury bonds have fallen to all-time lows since the Fed cut interest rates near zero.

Some investors who bought heavily in March are making more than a percentage point in yields above the benchmark, according to investors, a huge return in this rate environment. The PIMCO Ginnie Mae fund has returned 4.59% in the year through August, versus its benchmark at 3.32%.

Average daily trading volume in agency RMBS hit a peak in March of this year, according to data from the Securities Industry and Financial Markets Association and new issuance in 2020 stood at a record $2.6 trillion by the end of September.

Agency RMBS differ from the non-agency variety which gained notoriety for their central role in the 2008 crisis. If a homeowner defaults on a mortgage that is packaged into an agency RMBS, the agency — Fannie Mae or Freddie Mac or Ginnie Mae — makes up for that defaulted principal. Investors in non-agency RMBS, however, absorb the loss.

Though defaults pose less of a problem, agency-backed RMBS do face a significant risk from borrowers pre-paying the mortgage, which shortens the duration of the security, reducing the number of installments paid to investors.

Semper Capital is not investing in traditional agency RMBS for precisely that reason.

But banks are likely to keep buying. Though they may be overtaken by the Fed this year, commercial banks are still currently the largest holders of agency MBS. Flooded with deposits during the coronavirus crisis, big banks have put that money to work in agency MBS, among other securities, bringing their holdings to $2.3 trillion according to Fed data.

“If you talk to a Wall Street firm, they’re making huge money selling to banks right now,” said Ken Shinoda, portfolio manager at DoubleLine, which manages strategies that invest in both agency and non-agency MBS.

“There is just insatiable demand for agency mortgages by all the depository institutions. And deposits are up. Savings rates are up. Everyone is kind of hoarding cash.” 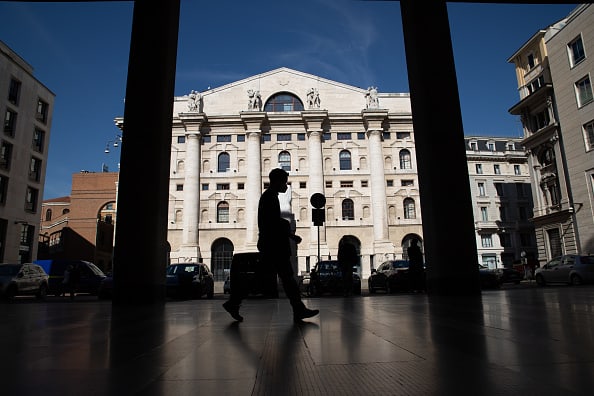