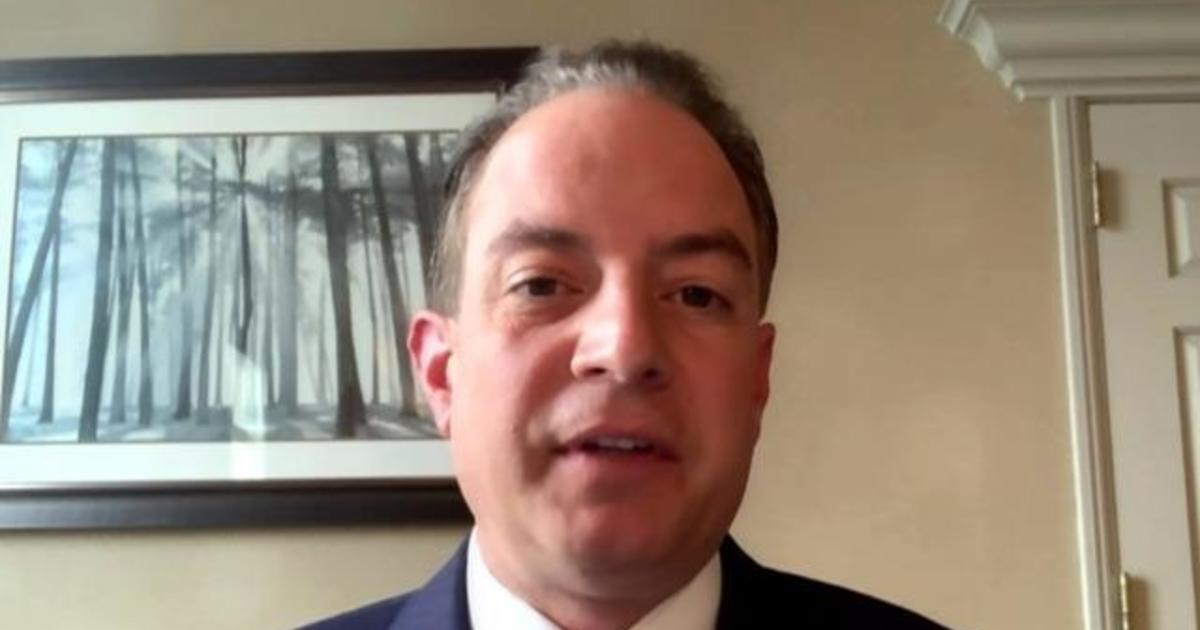 The following is a transcript of an interview with former RNC Chair Reince Priebus that aired Sunday, October 18, 2020, on “Face the Nation.”

MARGARET BRENNAN: We turn now to CBS News political analyst Reince Priebus, who was formerly Republican Party chairman. He was also the first White House chief of staff for President Trump, and he joins us from Kenosha, Wisconsin, his hometown this morning. Good morning.

MARGARET BRENNAN: Open up The Washington Post today, I see that you have, as they report, re-entered the Trump campaign mix. They say you’re advising him on strategy, including coaching him in that recent NBC town hall. Says you are concerned about the president’s chances. Is that right? You’re concerned that the president is headed for a loss?

PRIEBUS: No, not at all. In fact, I’m not concerned about that at all. I’m- I’m concerned about early vote. I’m concerned about absentee ballot voting, but I’m always worried about early vote and absentee ballot voting. I haven’t reemerged. I’ve always been helpful to the president, helpful to the RNC. But look, you know, early vote and where we’re- we’re at in a pandemic and having five times more people vote in Florida than ever before, these are unprecedented times. The polling is all over the map. This is something that’s going to come down to the wire, and I hope and expect the president to win.

MARGARET BRENNAN: Well, what are the battleground states that you think he can win? Because as you heard from our poll, Joe Biden is at an advantage here.

PRIEBUS: Well, first of all, MARGARET, I mean, these polls are really, really complicated to measure. I mean, what we have in this country we have never seen before. We have- we have regional- aside from, you know, working class white voters, suburban women, one of the other things that’s going on in this country is that President Trump is winning in these rural parts of the country in unprecedented numbers. I mean, we have northern Wisconsin, this like center of Wisconsin to the north, President Trump won by 18 points in 2016. Today, he’s pushing 30 points ahead in rural America with enthusiasm off the charts. Yes, it’s a little bit down in the suburbs. But the hard thing for these pollsters, MARGARET, as you bring up, is that they can’t measure this kind of disparity between the rural parts of this country and what’s happening in the suburbs. So, the real–

MARGARET BRENNAN: So you think he’s going to win Wisconsin?

PRIEBUS: Well, I got to tell you, I- I saw the CBS poll this morning, and I’m not spinning you, I was slightly encouraged by it because in the RealClearPolitics average in Wisconsin in 2016, the president was actually down by six and a half points and he won.

MARGARET BRENNAN: –one of the things though, with Wisconsin that are Anthony Salvanto, our pollster, pointed out, though, is that base, that white, non college educated voter that came out strongly for the president back in 2016, that margin is- is shrinking in terms of what we are seeing right now. Why do you think there is that erosion?

PRIEBUS: Well, I don’t know if- if it’s an erosion or not, MARGARET. I mean, you know, clearly I think one of the things that you’re going to see over the next couple of weeks is that the president’s going to be pivoting, talking about the economy. I think this upcoming debate is going to be really important that the president is that, you know, likable, fun, have a good time. Let Joe Biden speak, and let Joe Biden defend the Obama economy. Let him defend why ISIS was running wild and burning people in cages. Let Joe Biden defend why he was the one guy that didn’t want to go forward with the Osama bin Laden raid.

PRIEBUS: Let him defend the Iran deal. Those are the things that I think, you know, pivoting to the economy that those voters are going to be listening to. But, you know, look, I think it’s really complicated.

PRIEBUS: I don’t think anyone can predict early vote and what’s happening–

MARGARET BRENNAN: Well and it–

PRIEBUS: –right now in this country.

MARGARET BRENNAN: Well, it is hard to predict and it is incredible that we are in the midst of a pandemic that is shaping so much, which is, I mean, how do you not address that though? Do you really believe that there is not a political cost to the deaths that we are seeing in this country? I mean, I look at Wisconsin where the president just had his rally, and the majority of likely Wisconsin voters tell us the response is going badly. 49% of them say the Trump administration has hurt Wisconsin’s effort. So, they think the president is hurting–

PRIEBUS: Well, I- I think it’s going to be important for the president to remind everyone that it was he who shut down most travel from China. It was he who developed a task force. It was he that helped pass the- the CARES Act, at two trillion two weeks after the country was shut down.  I mean, while by the way–

MARGARET BRENNAN: But hospitals are getting overwhelmed–

PRIEBUS: –while by the way–

PREIBUS: –but the question is, would this person over here, Joe Biden, have done things better or differently? And I don’t think Joe Biden’s made that case–

PRIEBUS: But- but- but the point is–

PRIEBUS: –is that I think that-that the upcoming debate–

PRIEBUS: — is a great opportunity for the president to make that case to the American people–

PRIEBUS: I think he is doing well in Wisconsin.

MARGARET BRENNAN: We will be watching. We’ll see if he takes your advice. Thank you Reince. We’ll be right back.

Sun Oct 18 , 2020
The following is a transcript of an interview with DNC Chair Tom Perez that aired Sunday, October 18, 2020, on “Face the Nation.” MARGARET BRENNAN: We want to go back now to the presidential campaign and check in with both sides. First, we go to the chairman of the Democratic […] 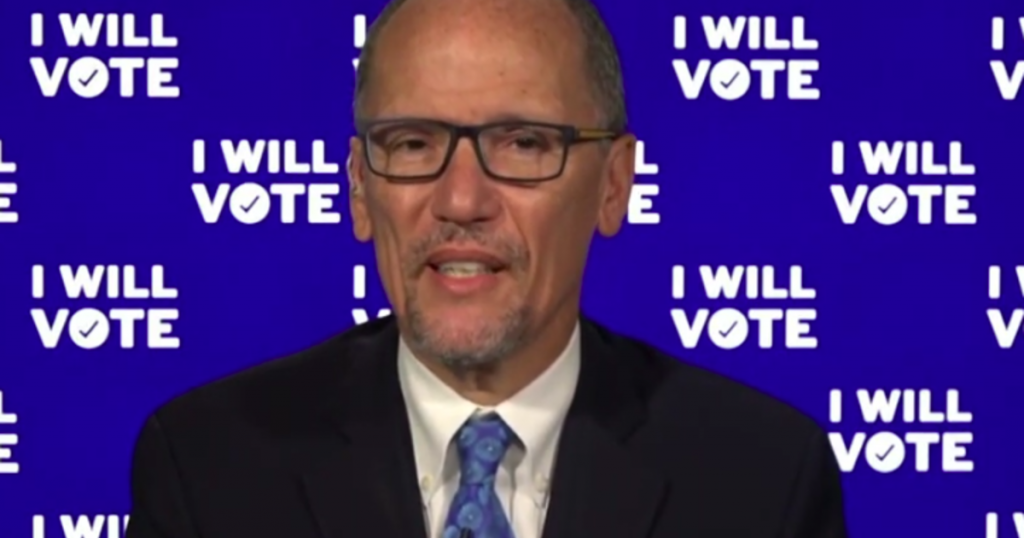