A train believed to be carrying a senior North Korean delegation left the Chinese capital on Tuesday following a dramatic whirlwind visit that some reports said included the country’s leader, Kim Jong Un.

The conservative South Korea Chosun Ilbo newspaper, citing an unnamed senior intelligence official, said the delegation had included Kim and that he had since left to return to North Korea.

South Korea’s left-leaning press Hankyoreh also reported Kim had traveled to Beijing for meetings with Chinese President Xi Jinping on Monday afternoon before leaving for a “third location” on Tuesday. It did not cite specific sources.

The Hankyoreh did not specify where the “third location” was but said it could be in China.

South Korea said it was closely watching events in Beijing, where a foreign ministry spokeswoman deflected a question on whether Kim, his sister or some other senior North Korean was visiting. South Korea’s spy agency declined to confirm the report.

“At present, I have no understanding of the situation you mention. If there is news we will release it,” foreign ministry spokeswoman Hua Chunying told a regular daily briefing.

Diplomatic sources in Beijing said a senior North Korean official was in town, but did not know exactly who.

Bloomberg, citing three unidentified sources, reported late on Monday that Kim was in Beijing in what would be his first known trip outside North Korea since taking power in 2011.

“The presidential Blue House is watching things in Beijing very closely, while keeping all possibilities open,” said the senior official in Seoul, who spoke on condition of anonymity.

Improving ties between North Korea, which is pursuing nuclear and missile programs in defiance of U.N. Security Council resolutions, and China would be a positive sign before the planned summits, he said.

A Reuters reporter saw a convoy leave Beijing’s Diaoyutai State Guest House, where senior foreign leaders often stay, and drive north on Tuesday morning. It was unclear where the convoy was headed.

Later, a Reuters journalist saw what was believed to be the delegation’s train pulling out of a Beijing station. The group was reported to have arrived in China on Sunday after crossing from North Korea in the border city of Dandong.

A senior U.S. official who follows North Korea closely said the available evidence suggested that Kim had traveled to Beijing to meet Chinese President Xi Jinping, but stressed that has not been confirmed.

One source with ties to China’s leadership said it was possible Kim’s younger sister, Kim Yo Jong, was in town. She visited South Korea for the Winter Olympics last month, paving the way for a summit between the two Koreas.

The pair visited South Korean President Moon Jae-in at his office in Seoul during the Winter Olympics in February.

The U.S. official, speaking on condition of anonymity, said it was unlikely Kim Jong Un would have sent his sister on such an important mission, unlike her ceremonial visit to South Korea for the Olympics.

On the contrary, the official said, a summit with Xi would underscore Kim’s standing as a world leader.

Xi and Kim Jong Un had reasons to meet in advance of Kim’s meetings with Moon and possibly Trump, the U.S. official said.

“Xi has met Trump, and in many respects learned how to deal with him better than some people here do,” the official said.

“At the same time, despite the recent tensions, he needs to know what Kim has in mind for dealing with the South and the U.S., and he still has a lot of leverage with the North.”

Japanese media reported on Monday that a high-ranking Pyongyang official appeared to have arrived by train in Beijing.

The Blue House official said South Korea had been aware of “related movements” in North Korea, such as the train, for a few days but he could not confirm whether Kim or another high-ranking North Korean official was visiting China.

Beijing is the main ally of secretive and isolated North Korea, as well as its biggest trading partner.

China has not confirmed any visit by a North Korean but has not totally censored speculation.

There were posts on Chinese social media talking about the possibility Kim Jong Un was in China, some citing family members in Dandong. The rail journey between Dandong and Beijing covers more than 1,100 km (680 miles). It takes at least 14 hours by ordinary service, according to Chinese railway timetables.

The North Korean leader is due to hold separate summits with South Korea in late April and the United States in May.

“The fact that the summits are being held has been beyond our expectations. Right now, the situation surrounding the Korean peninsula is moving very quickly and it would be inadvisable to think with prejudice,” the Blue House official said.

Kim Jong Un’s father, Kim Jong Il, met then-president Jiang Zemin in China in 2000 before a summit between the two Koreas in June that year.

Kim Jong Il was considered at the time to have made the visit to reaffirm close ties with China.

“North Korea likely wants to confirm its relationship with China and believes it has some leverage with which it can ask for things from China,” said Yoo Ho-yeol, Professor of North Korean studies at Seoul’s Korea University.

“If North Korea speaks with the United States on its own, it might feel it is at a disadvantage but, if it has China as an ally, Pyongyang may think it will be able to protect its interests and profits during the summits.”

Facebook and Cambridge Analytica whistleblower: Donald Trump's election made me speak out

Tue Mar 27 , 2018
Christopher Wylie, the whistleblower behind the Facebook and Cambridge Analytica scandal, said Tuesday that the election of Donald Trump as U.S. president in 2016 made him speak out about the practices being employed by the political data firm. Wylie was appearing in front of U.K. lawmakers in London Tuesday. It […] 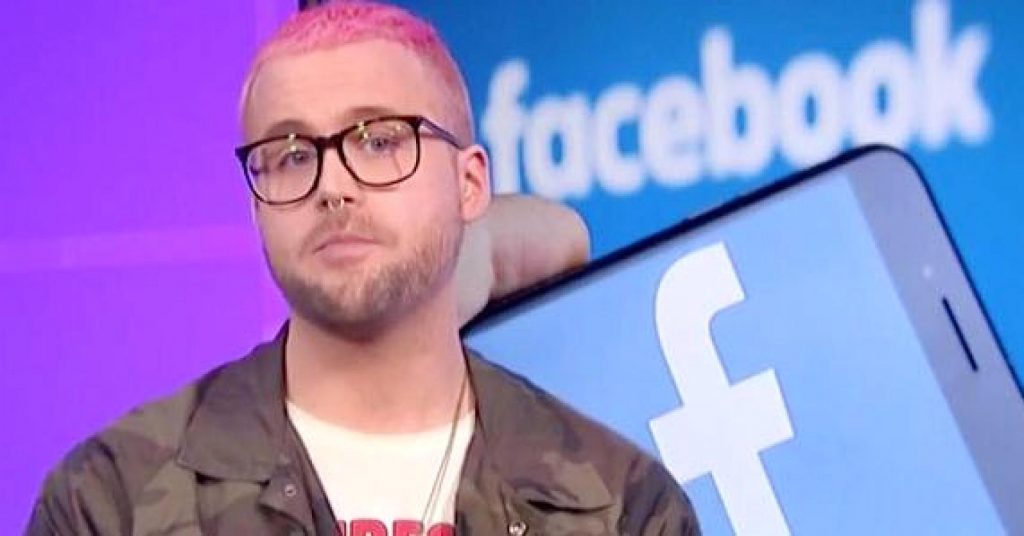