FILE PHOTO: The logo of French oil giant Total is seen on a flag at La Defense business and financial district in Courbevoie near Paris, France. May 16, 2018. REUTERS/Charles Platiau

By Bate Felix and Makiko Yamazaki

PARIS/TOKYO (Reuters) – Total will take over Toshiba’s U.S. liquefied natural gas business and get $800 million cash from the Japanese group as part of the deal, the companies said on Saturday, weeks after attempts to sell it to a Chinese buyer fell through.

The French energy major is paying $15 million for the shares in the Texan assets, the firms said. Toshiba will also pay Total $815 million to take over all the contracts linked to the business, Total added.

The Japanese group had previously said that its U.S. LNG operations may cause it losses of as much as 1 trillion yen ($9 billion).

Toshiba was locked into a contract to pay a fixed processing fee for LNG over 20 years from Freeport LNG – regardless of whether it could later find buyers for the fuel at prevailing rates.

For Total, the deal comes amid a big push to expand its LNG portfolio, and follows its proposed $8.8-billion deal in May to acquire Anadarko’s Africa assets, which include an LNG project in Mozambique.

“The takeover of Toshiba’s LNG portfolio is in line with Total’s strategy to become a major LNG portfolio player,” the French company said in a statement.

It added that the purchase would add 2.2 million tonnes per annum (Mtpa) of LNG to its U.S. business, which would “enable optimizations of the supply and operations of these LNG sources.”

Toshiba said it expected to complete the transaction by the March-end of the current financial year, following regulatory approval, and to book a 93 billion yen ($859 million) loss related to the deal.

China’s ENN Ecological Holdings Co last year agreed to buy the business, but scrapped the pact in April citing a failure to get approvals from shareholders and a U.S. panel that monitors foreign investments.

At the time analysts said a recent plunge in spot LNG prices had made the deal unattractive.

Sat Jun 1 , 2019
FILE PHOTO: A man holds the flags of India and the U.S. while people take part in the 35th India Day Parade in New York August 16, 2015. REUTERS/Eduardo Munoz June 1, 2019 MUMBAI (Reuters) – The Indian government said on Saturday it will continue to seek to build strong […] 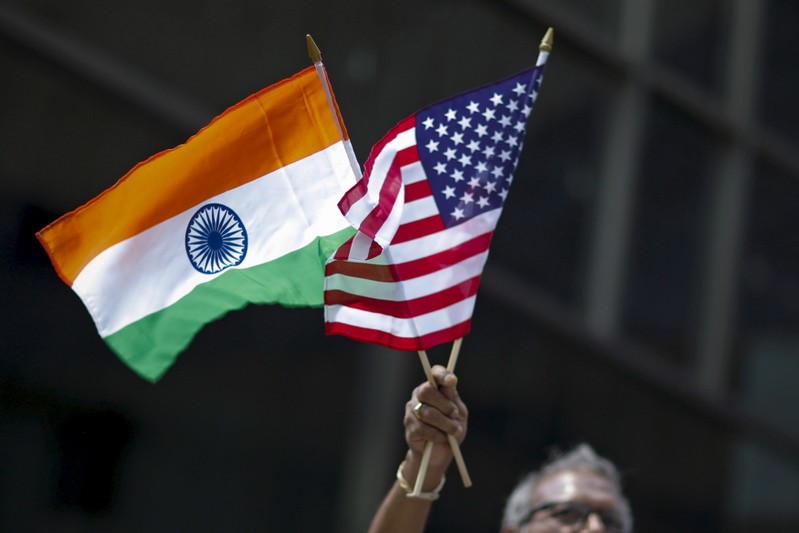