In his letter, Grassley cited a variety of reports from Horowitz’s office that have documented troubles with JustGrants, including a May 6 alert in which Horowitz said problems with JustGrants had even hampered his own staff’s ability to access vital information needed to oversee the grants to root out waste, fraud or abuse.

The letter also cited a July 12 Reuters article about how widespread technological glitches have plagued the system since it was launched in October 2020, prompting more than 38,000 help desk requests through May 10 and delaying many grant recipients from receiving vital funding.

“The Reuters piece, as with the OIG (Office of Inspector General) reports cited in this letter, describes the clear adverse consequences of failures in the JustGrants system,” Grassley wrote.

“I am asking your office to investigate the transition to JustGrants. Circumstances around the program raise many troubling questions.”

A Justice Department spokesperson did not immediately comment, noting the request came after business hours.

A spokesperson for Horowitz’s office could not be immediately reached.

In prior statements to Reuters, the department acknowledged the system has faced challenges, but said staff were trying to correct the glitches and has worked closely with grant winners to assist them.

Reuters interviewed more than two dozen department staff and grant recipients for its report, all of whom described similar frustrations with the system.

Built by General Dynamics Corp under a contract with a $115 million ceiling price, JustGrants was intended to consolidate the grants in one place and be compatible with a new government-wide payment system. To date, the Justice Department has spent just above $70 million on it.

The department told Reuters in July that JustGrants was built using an agile style of development, in which systems are created piece by piece and evolve based on user feedback.

“The development strategy for JustGrants was not to have an end-to-end system fully functional in October 2020,” the department said.

Grassley, in his letter to Horowitz, raised concerns with this approach and asked the inspector general to probe whether the department followed all contract-making regulations and had carefully monitored the company’s performance.

Grassley also said he wanted to know “the full scope of programs that have been impacted or currently are being impacted by the inability of award recipients to access their awards.”

A spokesperson for General Dynamics could not be immediately reached, but in a prior statement, the company told Reuters it was committed to developing a “seamless, user-friendly” system.

Tokyo Olympics to kick off under shadow of COVID pandemic

Wed Jul 21 , 2021
Tokyo Olympics to kick off under shadow of COVID pandemic – CBS News Watch CBSN Live As the Tokyo Olympics begin, COVID infections among athletes and staff are increasing. Jamie Yuccas has the latest. View CBS News In Be the first to know Get browser notifications for breaking news, live […] 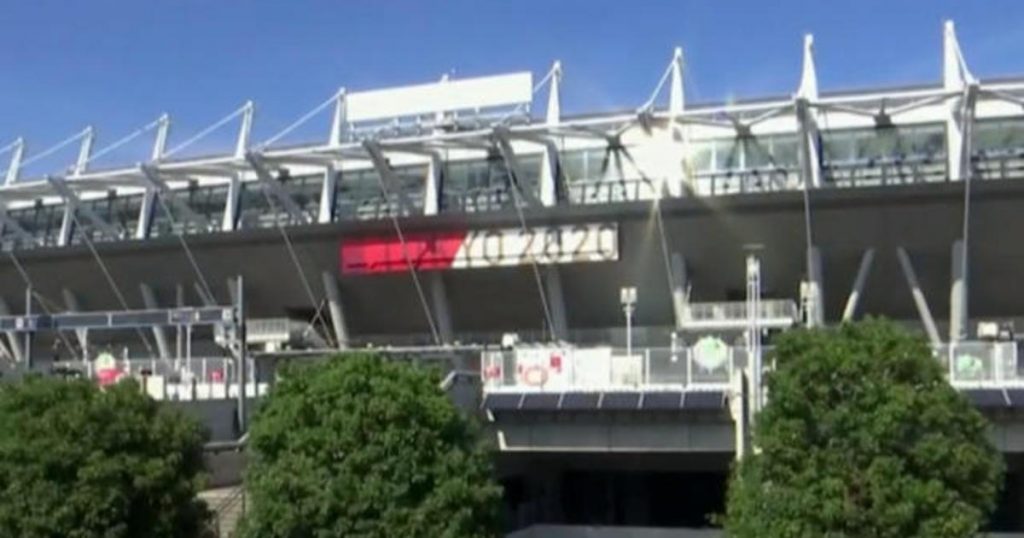