TF International Securities analyst Ming-Chi Kuo, a respected Apple analyst with eyes on the company’s Asia supply chain, said he believes Apple will begin mass production of its head-worn augmented reality (AR) device as soon as the fourth quarter of this year.

Kuo hedges a bit in his note, however, suggesting that mass production may not begin until as late as the second quarter of 2020. That means the device might not launch until sometime next summer at the very earliest.

The headset, according to Kuo, will most likely sync up with an iPhone that feeds it with the data it needs to provide you information. This is how other current headsets on the market work, like the Vuzix Blade, which syncs with Android and iPhone devices.

“We think, due to technology limitations, that Apple will integrate its head-worn AR device and iPhone,” Kuo wrote. “The former is in charge of the display, and the latter is in charge of computing, Internet access, indoor navigation, and outdoor navigation. Although there is still much room for improvement for Apple’s first-generation head-worn AR device, we believe that this product will offer an all-new user experience and define the AR user interface. If Apple’s competitors launch products related to AR in the future, they may copy Apple’s design features.”

Although Apple has not acknowledged any such device, Bloomberg reported the company was working on an augmented reality headset in November 2017.

Tim Cook talked a bit about the limitations of AR glasses back in 2017. “Today I can tell you that the technology itself doesn’t exist to do that in a quality way,” he said. There have been improvements, but AR is still very limited in what it offers, largely because there’s a huge gap in the field of view inside headsets.”

Magic Leap is one such example. It lets you see the real world around you and drop digital items, like a huge big screen TV, anywhere you want. But, while you’re looking through the glasses, the digital objects only appear in a tiny stamp-sized window.

Perhaps Apple has a solution to this problem. Tim Cook has said he believes augmented reality is the future of computing, which is why the latest iPhones already support AR-enabled apps. Moving those apps to a headset seems like a plausible next step.

How to watch "The Gayle King Interview with R. Kelly"

Fri Mar 8 , 2019
It’s the interview everybody is talking about this week. R. Kelly was emotional and explosive at times as he sat down with “CBS This Morning” co-host Gayle King for his first interview since being charged with 10 counts of sexual abuse. The charges involve four alleged victims, including three underage […] 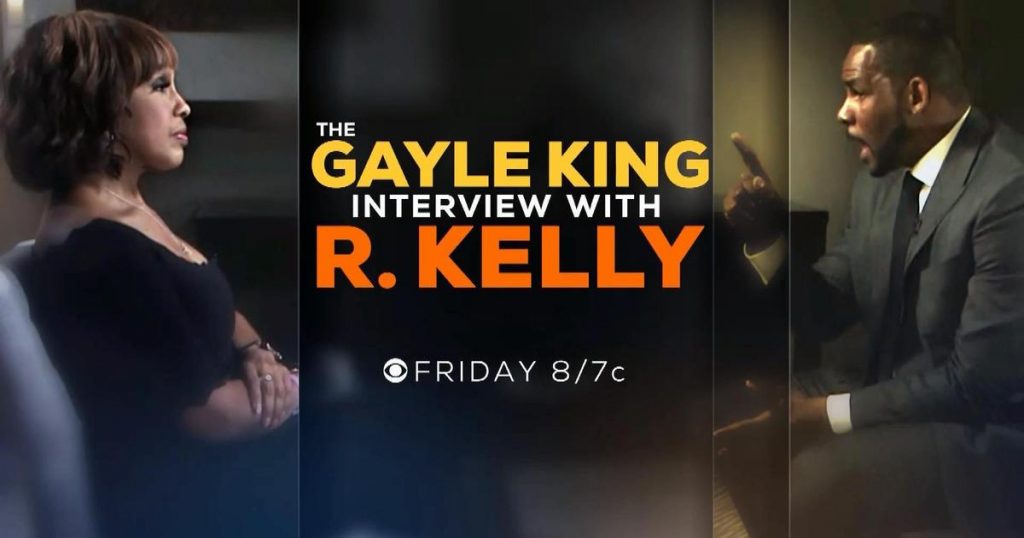