LONDON (Reuters) – Too few companies specify their prospective financial hit from climate change under a voluntary global disclosure code that needs wider backing from asset managers and others to be fully effective, a global regulatory body said on Thursday.

Climate change can reduce the value of assets or subject companies to costs from flooding and other weather-related events, and a body dubbed the Task Force on Climate-related Financial Disclosures (TCFD) in 2017 published a voluntary set of disclosures to help inform investors.

The TCFD, set up by the Financial Stability Board (FSB) which coordinates financial rules for G20 countries, said more than 1,500 organisations worldwide had expressed support for TCFD-aligned disclosures to help cut carbon emissions, up 85% since last year’s update.

But the level of disclosure remains inadequate, it said.

“Companies’ disclosure of the potential financial impact of climate change on their businesses and strategies remains low,” the TCFD said.

Just one in 15 companies reviewed disclosed information on the resilience of their strategy, far lower than other categories of disclosure such as governance and risk management, it added.

More backing was needed given the urgent demand for consistency and comparability in reporting, with support from asset managers and owners of assets likely to be insufficient to give investors the right information, it said.

The TCFD will seek better insight into reporting practices of asset managers and asset owners.

Ahead of the next round of global climate talks in Scotland next year, expectations are growing that the code will be made mandatory, as indicated by a Bank of England official this month.

The TCFD also published a consultation paper on making the code more forward-looking for banks, insurers and asset managers.

ITR could be useful in several ways but faces several significant challenges to calculating it more consistently, the TCFD said.

Thu Oct 29 , 2020
Hurricane Zeta made landfall near Cocodrie, Louisiana, on Wednesday afternoon as a Category 2 storm, lashing the coast with 110 mph winds, according to officials. Forecasters said the hurricane was hitting the Gulf Coast with a life-threatening storm surge and strong winds. Power was knocked out for tens of thousands […] 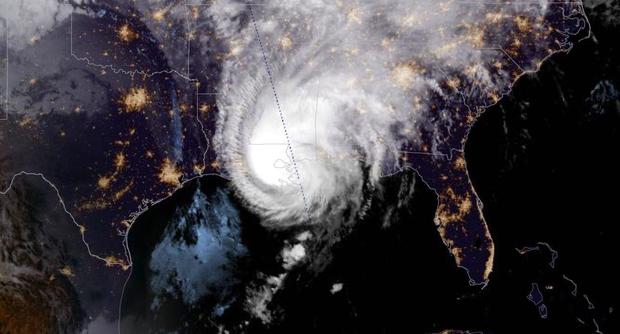