Minneapolis — A Minnesota bar owner is girding for a possible five-year suspension of the bar’s liquor license for staying open despite COVID-19-related restrictions on indoor service, CBS Minnesota reports. The Interchange Wine and Coffee Bistro in the Minneapolis suburb of Albert Lea continues to defy Governor Tim Walz’s executive order.

“It’s time for us patriots to rise up, in a peaceful way of course, and to say, ‘Hey, enough is enough,'” Hanson told CBS Minnesota.

“We are open for business,” she said. “[We’re] staying open because we need to make money to pay bills.”

Hanson believes the state is unlawfully enforcing an unlawful order.

Further violations put The Interchange at risk of losing its liquor license for five years.

“We’re well aware of what the consequences could be,” Hanson said. “Either I closed permanently or I opened fully, so I opened fully. … And yes, I knew the risks going into that.”

Hanson readily admits her stand is about principle at least as much as it’s about her business. Inside The Interchange, pocket-size United States Constitutions are laid out on a counter, protest T-shirts are on sale and a tip jar’s been converted to a legal fund.

“We believe that we will see victory in this,” Hanson said.

Hanson is entitled to a court hearing before any further liquor license suspension could go into effect, and she says she plans to consult with her attorney on how to proceed.

Mon Jan 4 , 2021
Norwegian officials are insisting that there’s “still hope” of finding survivors in air pockets five days after a landslide killed at least seven people as it carried away homes in a village near the capital By JAN M. OLSEN Associated Press January 4, 2021, 11:40 AM • 2 min read […] 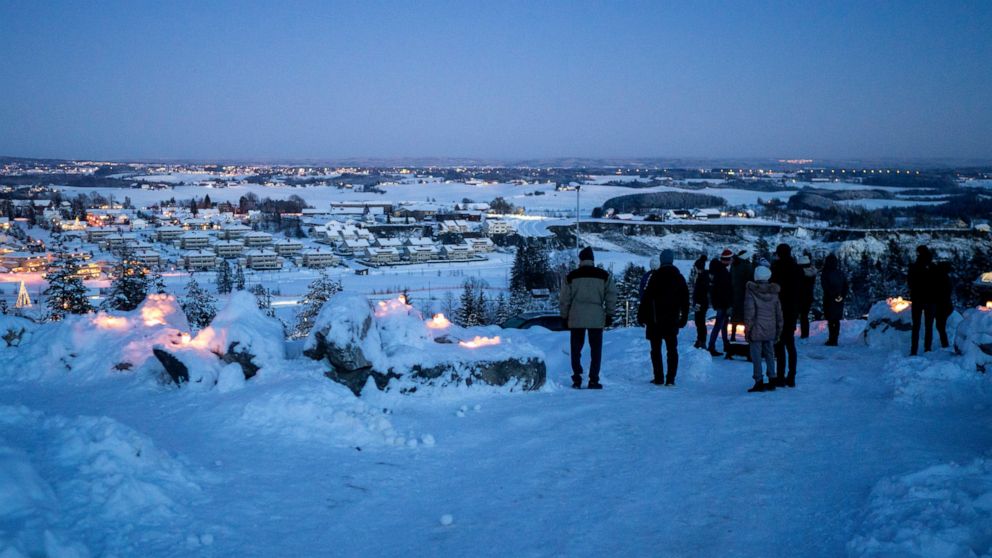