Ohio’s closely watched 12th District special election was too close to call Tuesday night as Republican Troy Balderson held a razor-thin edge over Democrat Danny O’Connor for a seat the GOP has held for more than three decades, according to NBC News.

Republicans declared victory Tuesday night with all precincts on the outskirts of Columbus and the surrounding areas in the district reporting. But, with fewer than 1,800 votes separating the candidates and more than 3,400 provisional ballots still to be counted, NBC has not yet called the race. A margin of 0.5 percent or less triggers a mandatory recount in Ohio.

Regardless of the final result, Democrats will take positives away from the race. Balderson was leading by only a percentage point after President Donald Trump carried the district by about 11 percentage points in 2016.

Balderson, a 56-year-old state senator, faced a strong challenge from 31-year-old Franklin County Recorder Danny O’Connor for the district. The Democrat tried to use a centrist brand and emphasized health care and social safety net programs to win over independents and Republicans wary of Trump.

The Republican National Committee, National Republican Congressional Committee and Trump all declared victory for Balderson on Tuesday night. Trump quickly claimed credit — though the president’s rally for the GOP candidate is only one of numerous factors that affected the race’s outcome.

In a statement Tuesday night, O’Connor did not concede. He said that, “while we don’t know the results quite yet, I know that this campaign left it all out on the field.”

The result is hardly assuring for Republicans, as dozens of GOP-held House seats that Democrats aim to win in November have less of a Republican tilt than Ohio’s 12th District. Democrats need to flip 23 Republican-held House districts to take a House majority.

The Ohio race “reinforces our view that Dems are substantial favorites to retake the House in November,” tweeted Dave Wasserman, the U.S. House editor for the nonpartisan election analysis site Cook Political Report.

If he wins, Balderson would serve into January to fill the remainder of former GOP Rep. Pat Tiberi’s term. The representative stepped down earlier this year. Balderson and O’Connor will face off again in November to determine who goes to Washington in the next Congress.

Democrats will come away “disappointed but energized” for the rematch based on Tuesday’s result, said Paul Beck, a professor emeritus of political science at Ohio State University in Columbus.

Balderson ran mostly as a traditional Republican, supporting the GOP tax plan and pushing to repeal and replace the Affordable Care Act. He supported most of Trump’s policy priorities, including the president’s proposed wall on the U.S.-Mexico border.

But he also tried to stop O’Connor’s ascent by courting GOP voters who do not like Trump. Part of that strategy included highlighting an endorsement from Ohio Gov. John Kasich, one of the president’s most vocal Republican critics.

The House GOP-linked Congressional Leadership Fund highlighted the governor’s support for the Republican candidate as part of a more than $2 million ad buy in the state. Balderson said the endorsement showed his campaign had “unified the Republican Party.”

O’Connor’s campaign both outraised and outspent Balderson’s. The Republican, meanwhile, received a boost from national GOP groups who piled millions of dollars into the race.

Outside organization spending led by the CLF and National Republican Congressional Committee spent about $3.7 million opposing O’Connor and $2.4 million backing Balderson, according to the Center for Responsive Politics. Only about $300,000 was spent supporting O’Connor, while roughly $900,000 went toward opposing Balderson. 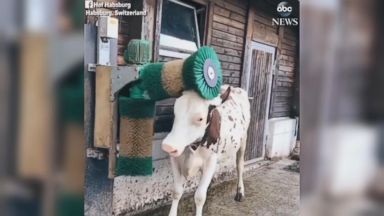