Tiger Woods underwent emergency surgery after suffering serious leg injuries in a rollover crash Tuesday morning in Los Angeles. Woods, the 45-year-old golf legend, was the only person in the vehicle, which sustained “major damage” in the crash, officials said.

Woods is awake, responsive and recovering from a “long surgical procedure” on his lower right leg and ankle, according to a statement posted on his Twitter account early Wednesday. “We thank everyone for the overwhelming support and messages during this tough time.”

Woods was trapped inside, forcing first responders to use tools to pry open the windshield to pull Woods out, local officials said. The beloved golfer was transported to the Harbor-UCLA Medical Center, where he required emergency surgery.

Woods’ SUV — a 2021 Genesis GV80 — was the only vehicle involved in the crash. Photos and video from the scene showed extensive damage to the vehicle’s front-end. The golfer’s clubs and other personal items were taken from the scene and a crane later removed the crumpled SUV.

Sheriff Alex Villanueva said there were no initial signs that Woods was impaired. The interior of the SUV remained intact, which gave Woods the cushion to survive, Villanueva said, adding that the investigation could take weeks.

Deputy Carlos Gonzalez, who responded to the scene, said Woods was calm but unable to stand on his own. “I asked what his name was, he told me his name was Tiger and at that moment, I immediately recognized him,” Gonzalez told reporters. “He seemed as though he was lucid and calm.”

Gonzalez said Woods was wearing his seatbelt, which “greatly increased” his chances of surviving. The deputy called the stretch of roadway a “problem area” for speeding and accidents. “It was very fortunate that Mr. Woods came out of this alive,” he said.

Woods, a Florida resident, was in Los Angeles to host his annual golf tournament, the Genesis Invitational. He spent the past two days filming with Discovery’s Golf TV with comedian David Spade and former NBA player Dwyane Wade, who posted a video of their meetup.

Woods, widely considered one of the greatest golfers of all-time, has 82 career PGA Tour wins, including 15 major championships. He has been recovering from back surgery and has not played since the PNC Championship in December.

On February 16, Woods said he was still rehabbing after the procedure but did not confirm whether he would play at the Masters in April. “I’m feeling fine, I’m feeling fine. I’m a little bit stiff,” Woods said last week. “Still in the gym, still doing the mundane stuff that you have to do for rehab.”

Professional golfers, athletes and celebrities, including Jack Nicklaus, Alex Rodriguez and Magic Johnson, sent Woods well wishes as he recovers from his accident.

“Barbara and I just heard about Tiger’s accident, and like everyone else, we are deeply concerned,” Nickalus tweeted Tuesday. “We want to offer him our heartfelt support and prayers at this difficult time. Please join us in wishing Tiger a successful surgery and all the best for a full recovery.”

“Just seen the awful news,” golfer Justin Rose tweeted. “We know how tough you are, we’ve seen it a hundred times. Hoping and praying you’re ok my friend.”

This is the third automobile incident involving the majors champion. In 2009, his vehicle struck a tree. Soon after, revelations about infidelity emerged, costing Woods sponsorships, and landing him in rehab. In 2017, Woods was arrested and charged with DUI when Florida police found him passed out behind the wheel of a parked car.

Two years later, Woods made a remarkable return to greatness, winning the Masters for the fifth time. “I had serious doubts after what transpired a couple of years ago,” Woods said at the time. “I was very fortunate to be given another chance to do something that I love to do.”

Tiger Woods is 'awake, responsive and recovering' after car crash and emergency surgery

Wed Feb 24 , 2021
A luxury SUV driven by Tiger Woods crashed and rolled over Tuesday morning in southern California, leaving the golf superstar with serious injuries, authorities and his agent said. Woods is “awake, responsive, and recovering in his hospital room” after undergoing emergency surgery, according to a statement posted on his Twitter […] 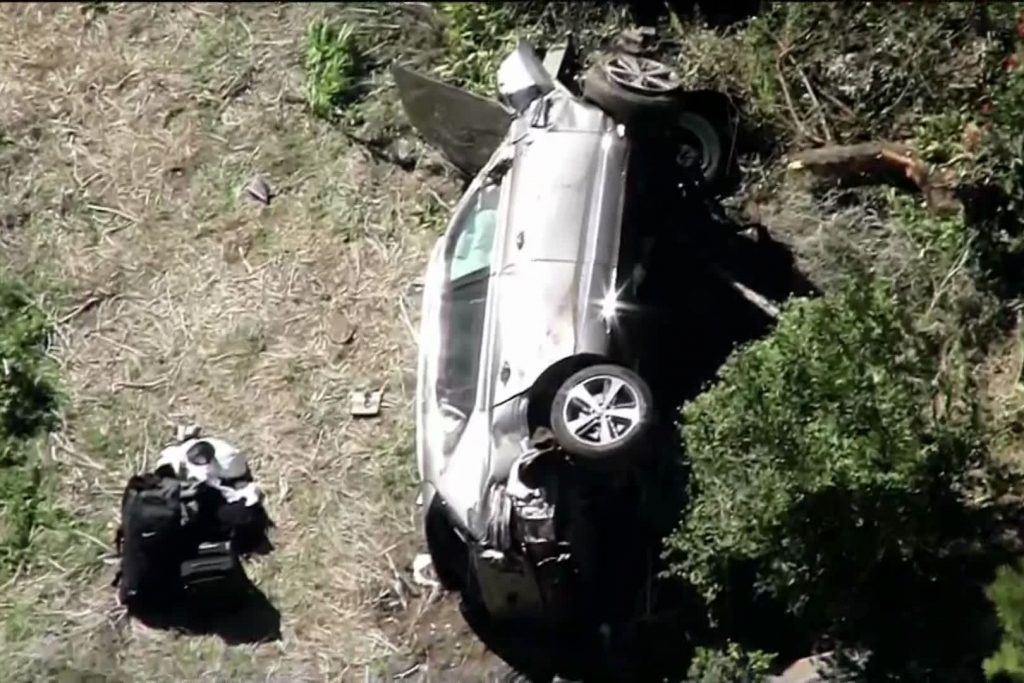