COVER STORY: Fighting for the right to repair your own stuff
Big electronics makers have made it difficult for consumers to fix their devices – from smartphones to computers – when they break down, or simply need a new battery. Correspondent David Pogue reports on the Right to Repair movement, a coalition of consumer advocates, digital rights activists and environmental groups that is fighting for laws that will help combat our throwaway culture.

HISTORY: A monumental reckoning
Since protests erupted over the death of George Floyd, the range of public monuments removed or vandalized has expanded well beyond those honoring the Confederacy. Criticized as racist or oppressive, statues depicting historic figures from Christopher Columbus to George Washington are now getting a second look. Mo Rocca reports.

CORONAVIRUS: Andrew Cuomo & daughters on life during the pandemic
Like so many other homes across America, the Governor’s Mansion, in Albany, N.Y., has been a base for a family locked down during the COVID-19 outbreak. It’s where Gov. Andrew Cuomo and his three adult daughters, Michaela, Mariah and Cara Kennedy Cuomo, have been quarantining together. Correspondent Tracy Smith talks with the Cuomo clan about giving each other support during the nation’s monumental public health (and political) crisis.

PREVIEW: Andrew Cuomo on the pandemic: “The game isn’t over; this is halftime” (Video)

POSTCARD FROM SHANGHAI: China emerges from the pandemic
Less than a year since the outbreak of the novel coronavirus in China’s Wuhan Province, something nearly unthinkable has happened in this nation of 1.4 billion: a return to normalcy, or at least what looks like a “post-COVID new normal.” Correspondent Ramy Inocencio reports from Shanghai.

SPORTS: Presidential golf: A bipartisan tradition
Regardless of party or ideology, many presidents past and present share common ground – on the links. Correspondent Jim Axelrod tees up a look at our presidents’ fascination with golf, and why their love of the game is par for the course.

COMMENTARY: Trump and COVID-19
After President Trump was diagnosed with coronavirus and hospitalized, he released a video in which he stated, “This was a blessing from God that I caught it. This was a blessing in disguise.” Emmy-winning writer and comedian Paul Mecurio, who also suffered symptoms from COVID, begs to differ.

MUSIC: Jon Bon Jovi on not missing a beat
The pandemic upended plans for a tour this year, but Jon Bon Jovi has doubled-down on 2020, writing songs that speak to the state of our union today, and contributing to a Long Island food bank program to help feed the food-insecure. Correspondent Lee Cowan reports.

You can stream Bon Jovi’s album “2020” by clicking on the embed below (Free Spotify registration required to hear the tracks in full):

SOCIETY: Q and the ABCs of spreading conspiracy theories
Followers of the online conspiracy theorist “QAnon” have propagated outlandish disinformation about secret plots by a “deep state” cabal of Satanic, cannibalistic child-traffickers out to “get” President Trump. How do these anonymous accusations spread, and what happens if Q believers are elected to office? Wired magazine editor-in-chief Nicholas Thompson reports.

COMMENTARY: Where does the buck stop now?
“60 Minutes” correspondent John Dickerson says the standard for judging presidential decision-making may be shifting, depending upon which president you’ve asked.

Full episodes of “Sunday Morning” are now available to watch on demand on CBSNews.com, CBS.com and CBS All Access, including via Apple TV, Android TV, Roku, Chromecast, Amazon FireTV/FireTV stick and Xbox.

Fri Oct 9 , 2020
CNBC’s Jim Cramer said Friday that the gains on Wall Street since March’s coronavirus lows fail to reflect the economic struggles throughout the U.S. and the need for additional stimulus.  “The people need this. The stock market doesn’t show it, but the people absolutely need it.,” Cramer said on “Squawk […] 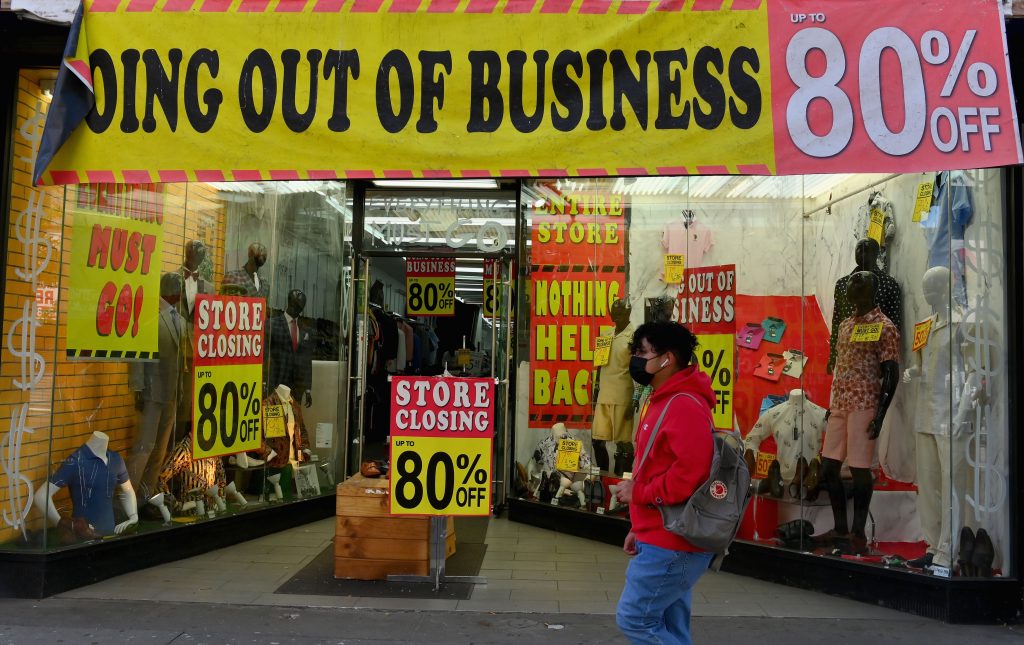