COVER STORY: Back to the office (maybe)
Sixty percent of working Americans say, ideally, they’ll work from home or remotely at least part of the time post-pandemic. But will employees be able to decide if, or how frequently, they can skip the commute? And how will we adjust to being co-workers in an office once again? Correspondent Susan Spencer looks at how one company anticipates the challenges of a new work environment, and with experts who say it’s important for our productivity, and our mental health, to head back to the office.

ART: A new airport art installation takes off
Sarah Sze has created public art for display in New York City before, but never of this magnitude: a 50-foot-tall, five-ton constellation of images of the city she loves, in the newly-revamped Terminal B of LaGuardia International Airport. Correspondent David Pogue talks with Sze about her airborne sculpture, titled “Shorter Than the Day,” that serves as a welcome for visitors to the Big Apple.

RADIO: NPR turns 50
On May 3, 1971, the National Public Radio news program “All Things Considered” premiered. To mark NPR’s 50th anniversary, correspondent Faith Salie interviews some of the network’s leading voices, including Susan Stamberg, Audie Cornish and Eric Deggans, and talks with other network veterans who blazed a trail in radio programming, and who continue to reinvent news and storytelling, including “This American Life” host Ira Glass.

LANGUAGE: Meet Stella, the dog that “talks”
Speech-language pathologist Christina Hunger, who helps toddlers behind in their language development by teaching them to use Augmentative and Alternative Communication (AAC) devices to express themselves non-verbally, decided to teach her puppy, a Catahoula and Australian Shepherd mix, to use the device. And the results have been astonishing. Correspondent Nancy Giles reports the fascinating story of Stella, a dog with a lot to say.

MUSIC: The Flaming Lips: Music and giant bubbles
The psychedelic rock group Flaming Lips have established themselves as one of music’s most prolific (and delightfully weird) bands. And don’t think a global pandemic might have slowed down their creative output. Correspondent Luke Burbank talked with band members Wayne Coyne and Steven Drozd about their latest effort, the Space Bubble Concert, recently held in Oklahoma City, in which the band and audience were sealed into giant bubbles.

MOVIES: Billy Crystal and Tiffany Haddish on comedy, friendship, and a bat mitzvah
Billy Crystal co-wrote, directed and stars in “Here Today,” in which he plays a legendary comedy writer opposite Tiffany Haddish as a young singer – two of the funniest people on the planet here having to deal with a completely un-funny situation. Their on-screen chemistry trades on their very real off-screen bond, as correspondent Tracy Smith learned firsthand.

To watch a trailer for “Here Today” click on the video player below:

POLITICS: Cancel Culture, a new wedge issue
So-called “cancel culture” serves the outrage of both the Left and the Right, and it’s not going away. Senior contributor Ted Koppel explores what it means, for our politics and our society.

COMMENTARY: Jim Gaffigan picks his favorite child
The comedian reveals a secret no father should ever admit: parents do have favorites. But his is a surprise.

The internet is in love with this adorable baby sloth

Fri Apr 30 , 2021
The internet is in love with this adorable baby sloth – CBS News Watch CBSN Live This baby Linné two-toed sloth that was born at the Memphis Zoo on March 17 loves to eat, sleep and cuddle with her favorite stuffed elephant. View CBS News In Be the first to […] 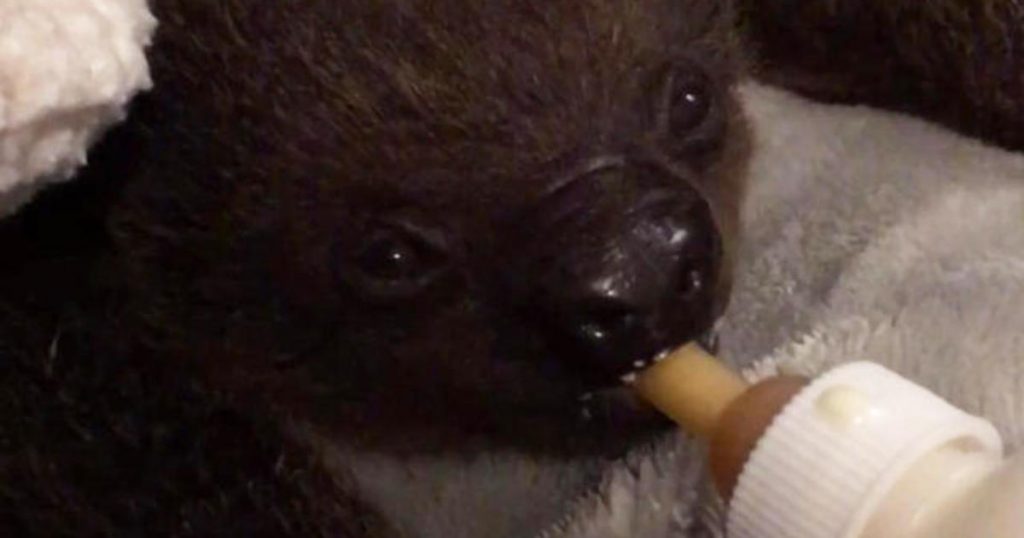