Twenty years after the terrorist attacks of September 11, 2001, the cost of valor is on display every time the double doors open at the Stony Brook Medicine World Trade Center Health and Wellness Program on Long Island.

In Commack, New York, inside a sparsely decorated waiting room, a dozen beige armchairs are often filled with heroes. The men and women who rushed to ground zero carrying little more than a sense of duty.

The waiting room has become a place to bump into former colleagues and to hear updates about old friends. Sometimes the news is good, other times it is not. These men and women share a bond of survival. They toiled through the aftermath of the deadliest attack on American soil two decades ago.

Beyond the wooden door and the plexiglass partition, nurse practitioner Bruno Valenti bobs into exam rooms, performing routine tests on patients. He knows them well. The now-retired New York Police sergeant undergoes the same annual monitoring procedures he administers. He too stood “on the pile” twenty years ago.

“Being part of the program, there are times when I’ll walk out of a patient’s room and just say to myself, ‘I’m lucky,'” Valenti told 60 Minutes Overtime. “No matter how bad I think my day is, where it’s going, it could be a lot worse. So there are times where you stop and think.”

Registered nurse Stephen Lengyel seems to know everyone at the WTC clinic despite only working there for eight months. He too is a provider and patient.

“To see an old acquaintance is always good,” said Lengyel. “And at the same time, to interact with these people, I understand kind of what they’re going through, some of them. I was down there that day myself… I understand the health part of it. And, you know, we just try to take care of everybody as best we can.”

On September 11, 2001, Lengyel recalled being in a patrol van on New York City’s Triborough Bridge, 12 miles north of the World Trade Center, when at roughly 9 a.m. he saw an explosion out of the window. It was United Airlines Flight 175 crashing into the South Tower.

Lengyel said his unit was instructed to set-up a command post as close to the World Trade Center as possible.

“We geared up and we started walking towards the World Trade Center and that’s when the first tower fell,” Lengyel remembered. “It was an abrupt turnaround. And we turned into, you know, ‘You go over the Brooklyn Bridge. You know, you go that way. You run this way, you run that way.’ Because people were just coming at us out of the dust.”

Lengyel was assigned to the Brooklyn North Task Force and said his unit eventually made it to the rubble and set-up a security perimeter. He recalled being stationed in Southern Manhattan for two months.

Bruno Valenti did not immediately rush to the World Trade Center. A member of the NYPD Forensic Division, he reported to an office in Jamaica, Queens on 9/11. He said his commanding officer placed the unit on standby in case of more attacks. Three days later they were given permission to help with the cleanup at ground zero.

“I remember when we arrived, it was dark as we came out of the Battery Tunnel, looking to see all the smoke and then arriving at the site of the collapse, it was a surreal experience,” said Valenti. “You looked at it and you thought, ‘This can’t be happening.'”

Valenti said he joined the “bucket brigade” on top of the pile where evidence was collected and passed back for processing and safe-keeping.

“I think the beauty…was looking around and seeing how many people, civilians, were on the outskirts, and some were in helping as well, but how many people were on the outside with bottles of water, just trying to help in any way they can,” said Valenti. “And I think that was a moment that really captured the amount of good in the world versus evil, and you realize that the world is really made up of good people that want to help. And, you know, someday we will overcome the evil.”

“I think that once you begin to take care of a remarkable group of people who are so altruistic, so courageous, so giving, it becomes part of you,” Luft told 60 Minutes Overtime. “Actually, you become a better person, as a result of that.”

When 60 Minutes first met Luft in 2011, the program had roughly 6,000 patients. Now it monitors or treats more than 12,000 people. Among the cohort are police officers and firefighters, carpenters and steelworkers, and an assortment of volunteers once compelled to help an ailing nation and a city recover and rebuild.

In his 20 years treating 9/11 survivors and first responders, Luft has diagnosed and studied a litany of ailments associated with the toxins that would come to be found in the rubble of the World Trade Center. Cancer is one of the latest to emerge. Luft said its latency period can be anywhere from 20 to 30 years.

“The whole area of cancers is evolving,” Luft told 60 Minutes Overtime. “Ten years ago, almost all the cancers that we were aware of we were presumptively associating them with 9/11. At that time, we knew what toxins they were associated with… We knew what carcinogens they were exposed to. And so there was the rational belief that if you’re exposed to something that’s going cause you cancer, it’s most likely to cause cancer into the future, even though you might not have it at that moment. Now we’re starting to see the manifestations of that.”

For Stephen Lengyel it emerged much sooner.

“Probably back in 2006, I was working in the emergency room, and one of my coworkers noticed, a rash on my skin, on my arms.” Lengyel said. “I have Squamous Basal Cell cancer. I had several surgeries already. Is it related to 9/11? Could be. It happened you know, it started up right after that.”

Lengyel said he goes to the dermatologist every five months to monitor the condition.

Stony Brook’s WTC health program is funded by a contract and grants issued by the federal government as a result of the Zadroga Act, which became law in 2011.

NIOSH maintains a list of what illnesses can be treated under the scope of the WTC Health Program. In 2012 it added cancer. In 2016 it added Acute Traumatic Injuries and new-onset COPD. For a new ailment to be added to the list, it must be approved by the Program Administrator of the WTC Health Program or proceed through a petition process. NIOSH said both avenues are steeped in data collection and based on scientific findings. The agency also noted that anyone can petition for an ailment to be added to the list.

In 2016, Stony Brook’s Dr. Luft and his colleagues published a study about another concerning trend, one that is not explicitly covered by the U.S.’s WTC Health Program – cognitive decline.

Using the MoCA cognitive assessment, the study found that 10 to 15% of the patients analyzed showed signs of decline, a rate three times higher than expected when compared to similarly aged patients from the general population. The data also suggested the study’s participants experiencing cognitive issues were showing signs of impairment at age 55, about ten years earlier than typically seen in the general population.

“This is an area called minimal cognitive dysfunction,” Luft said. “In this sense, the patients very often don’t have anything that is impacting their life or their ability to function… It wasn’t at that point that we were seeing people who were progressing onto dementia. But it’s important to realize that patients that have this disorder, have a greater propensity to go on to develop dementias.”

Cognitive dysfunction and dementia are not currently listed as NIOSH-approved ailments covered for treatment through the WTC Health Program. In some patients the treatment will be covered if it is considered a progression of a NIOSH approved ailment.

In a statement issued to 60 Minutes Overtime, Dr. John Howard, the administrator of the World Trade Center Health Program, said the program is currently reviewing a petition regarding neurodegenerative diseases to determine its validity.

“Our data is very strong that the cognitive dysfunction that we’re seeing in our patients is related to 9/11,” Luft told 60 Minutes Overtime. “And I believe after appropriate consideration by NIOSH that it will ultimately be certifiable and that these patients will get the care that they deserve.”

The Zadroga Act also re-established a World Trade Center Victim Compensation Fund (VCF) that is overseen by the Department of Justice and allows survivors and first responders to receive financial compensation for NIOSH-approved ailments. At this time, the VCF does not provide compensation for non-physical injuries.

NIOSH told 60 Minutes Overtime it has not yet determined if cognitive dysfunction will be classified as a physical or mental condition. The decision will ultimately influence whether 9/11 survivors and first responders suffering from neurodegenerative diseases have the ability to receive compensation from the VCF for their ailments.

The agency has pledged to continue to study how 9/11 exposures are impacting cognitive function amongst those who spent significant time in the exposure zone.

“Future Program-funded research will address limitations that have been observed in existing studies, such as inconsistent definitions of cognitive impairment, inadequate information characterizing baseline risks, exposure misclassification, and a lack of non-exposed comparison groups,” said Dr. Howard, the World Trade Center Health Program director. “Advances in neuroimaging and biomarker research offer potential improvements in surveillance and diagnostic cost and capability for these conditions, while advances in molecular science research may uncover mechanistic data that clarify causal pathways and possibly lead to better care for 9/11-exposed populations.”

Twenty years after Dr. Luft and a group of medical providers began a grassroots movement to help the heroes of September 11, the Stony Brook World Trade Center Health and Wellness Program is still adding patients. Luft said the practice grows about 8% annually. A solemn reminder that the men and women who risked their lives in the rubble at ground zero are still suffering.

“To be heroic, is not for free,” Luft said. “There’s a piece of them that they left behind, you know, at 9/11…And this is something that they live with.”

To learn more about supporting 9/11 survivors and first responders, viewers may visit Answer the Call and The FDNY Foundation.

The video above was produced by Keith Zubrow. It was edited by Sarah Shafer Prediger. Mabel Kabani was the Broadcast Associate. 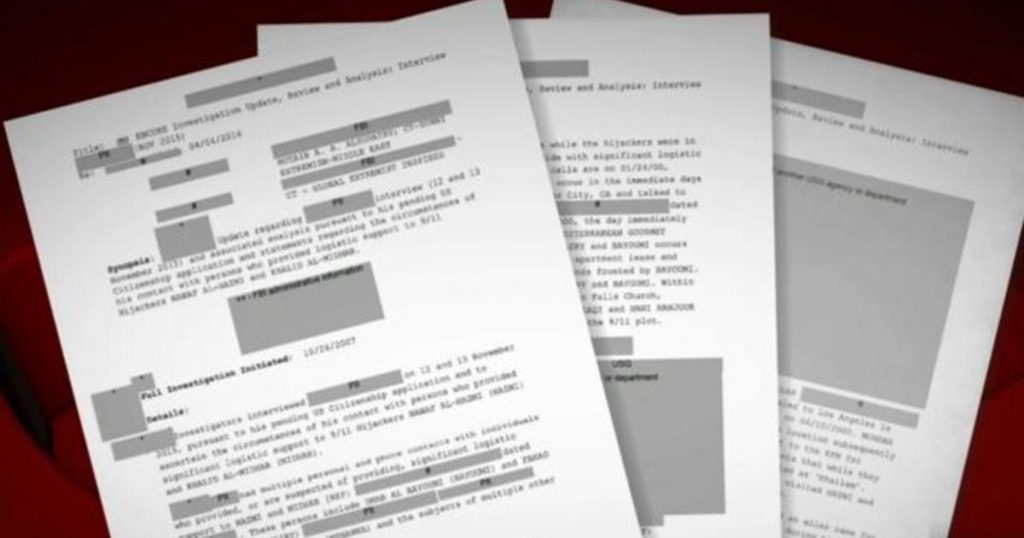