A start-up called Volans-i is building drones that can deliver heavy parts over long distances, even to a ship that’s sailing at sea. This kind of technology could have saved the Titanic, CEO and co-founder Hannan Parvizian quipped.

The company shared footage of a recent test flight over Lake Pleasant in Arizona with CNBC where its drones took off from and landed on platforms attached to moving boats.

Volans-i’s drones are able to travel for up to 500 miles carrying 20 pounds of cargo at a time at a top speed of 200 miles per hour. (A delivery from Los Angeles to San Francisco would take three to four hours.) They are able to do this by employing fixed wings along with vertical-take-off-and-landing systems for flight, and both batteries and fuel for propulsion.

Because the Volans-i drones can take off or land on any flat 15-by-15 foot platform, the company and its customers don’t have to build any special infrastructure to make or take deliveries.

Regulators are still figuring out how drones will be allowed to operate in lower airspace above the U.S. But Volans-i is one of a spate of companies that wants to become a next-generation, drone-based UPS, Maersk or FedEx.

Competitors to Volans-i include a mix of start-ups and titans in logistics including: Zipline, Flirtey, Matternet and Impossible Aerospace; and Amazon and DHL.

While many drone delivery businesses have focused on the food and medical supplies, Volans-i aims to deliver heavy parts and equipment to factories, hospitals, construction sites and ships at sea.

CEO Hannan Parvizian was formerly an operations analyst at Tesla. Working for the electric vehicle maker inspired his idea for the company. He said:

“When I used to work at Tesla, we had this problem on a daily basis of trying to deliver certain parts to our service centers quickly, or get parts back to our main warehouse…Looking at the numbers, I figured if someone could combine the use of drones with the component of b2b to deliveries, this would be very helpful for us, and companies like ours.”

Volans-i cofounder Wesley Guangyuan Zheng, an energy storage expert, also worked for an electric vehicle company, Lucid Motors. (Both have graduate degrees from Stanford, which is where they met.) Their company is a graduate of the Y Combinator accelerator, and has so far raised seed funding from Y Combinator and Lightspeed Ventures.

Sat May 26 , 2018
OKLAHOMA CITY — The man suspected of shooting three people inside an Oklahoma City restaurant before being fatally shot by bystanders had no obvious connection to the victims or the restaurant, and was legally authorized to carry a firearm, authorities said. Investigators are trying to determine a motive behind the […] 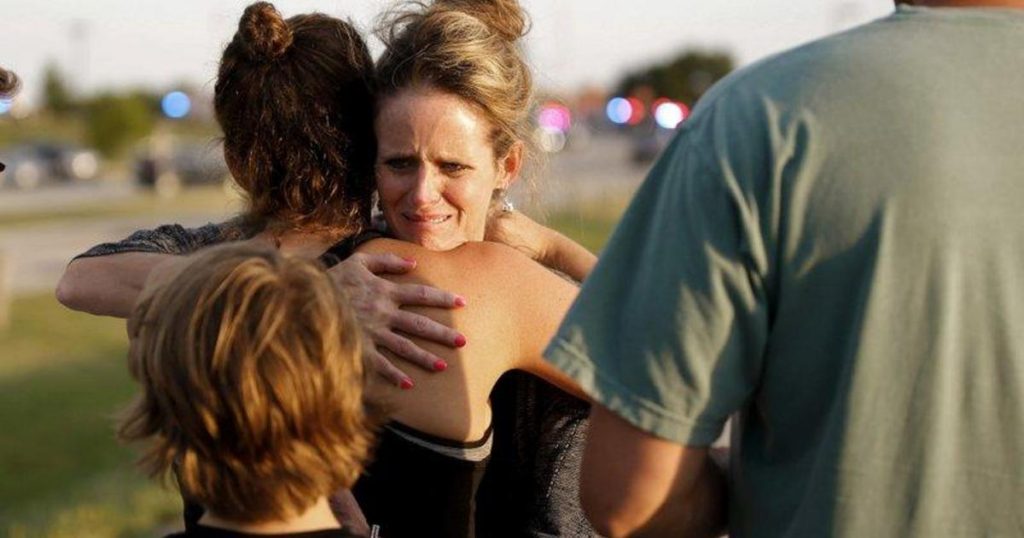