Unless you were born into a rich family, building wealth can be very hard — depending on the path you choose.

Many people look at multi-millionaires and desperately want to know: What’s their secret? How did they get there? What does it take?

Those are the things I wanted to know back in 2004, when I began my “Rich Habits” study, in which I spent five years interviewing and researching the daily activities, habits and traits of 233 wealthy individuals. All of them had at least $160,000 in annual gross income and $3.2 million in net assets.

During my research, I found there are four predominant paths toward accumulating wealth. The “Savers-Investors” path is the easiest, while the other three involve much more risk.

Just less than 22% of the millionaires in my study chose to take the Saver-Investors path. Not only is it the easiest way to build wealth, but if you start early, it almost always guarantees a lot of money.

The Saver-Investors in my group reached their first $1 million around their mid-to-late 30s, and accumulated an average net worth of $3.3 million by their mid-50s.

They also had four things in common:

No matter what their day job was, this group made saving and investing part of their routine; they were constantly thinking about smart ways to grow their wealth.

The Savers-Investors path isn’t for everyone. It requires enormous financial discipline and long-term commitment.

This is perhaps the hardest path to building wealth because it requires the pursuit of a dream, such as starting a business, becoming a successful actor, musician or author.

Approximately 28% of the folks in my study were Dreamers, and they accumulated an average net worth of $7.4 million — far more than any of the other groups — over a period of about 12 years.

All of them told me that pursuing their dreams was one of the most rewarding things they had done in their lives. They loved what they did for a living, and their passion showed up in their bank accounts.

Those who want to take this path, however, must be willing to work long hours and able to handle financial stress. The Dreamers in my study worked more than 61 hours per week before finally achieving their dreams. Weekends and vacations were almost non-existent.

Trying to make ends meet was not easy. At first, getting a steady paycheck was “nearly impossible,” one Dreamer said. It was even harder for those who had families to support. To finance their dreams, some decided to put off buying a home, while others dipped into their retirement savings.

If you’re risk-averse, this path may not be for you.

Climbers are individuals who work for a big company and devote all of their energy into climbing the corporate ladder until they land a senior executive position.

This is the second-hardest path to becoming a millionaire, and about 31% of the rich people I studied fell into this group. It took them an average of 22 years to accumulate a net worth of $3.4 million or more. In most cases, their wealth came from either stock compensation or a partnership share of profits.

To be a Dreamer, you must have strong relationship-building skills. Networking and making lasting connections with powerful people in your industry is essential.

Like Dreamers, however, Climbers also have long work hours. The ones I interviewed all arrived at the office early and left late. Many were required to travel frequently and even had to sacrifice a lot of their vacation time.

Profitability is a huge factor in determining a Climber’s success. If their company struggles financially, their time and investment there might not be rewarded to the extent they had expected.

Roughly 19% of the participants in my study chose this path. Virtuosos are among the best at what they do in their profession. They are paid a high premium for their knowledge and expertise, which sets them apart from the competition.

It took the Virtuosos in my study about 20 years to reach an average net worth of $4 million. Some worked in the medical field, while others worked in law. A handful either worked for large, publicly-held corporations, or they were small business owners with highly profitable enterprises.

Of course, Virtuosos aren’t necessarily born with natural intelligence. They must spend many years continuously studying and learning. Formal education, such as advanced degrees, is usually a requirement.

This means investing an enormous amount of money and time before seeing any payoff at all. Not everyone has the ability to devote significant hours every day practicing their skill or the financial resources to pursue advanced degrees.

Tom Corley is an accountant, financial planner and author of “Rich Kids: How to Raise Our Children to Be Happy and Successful in Life” and “Rich Habits: The Daily Success Habits of Wealthy Individuals.”

White House deliberates block on all US investments in China 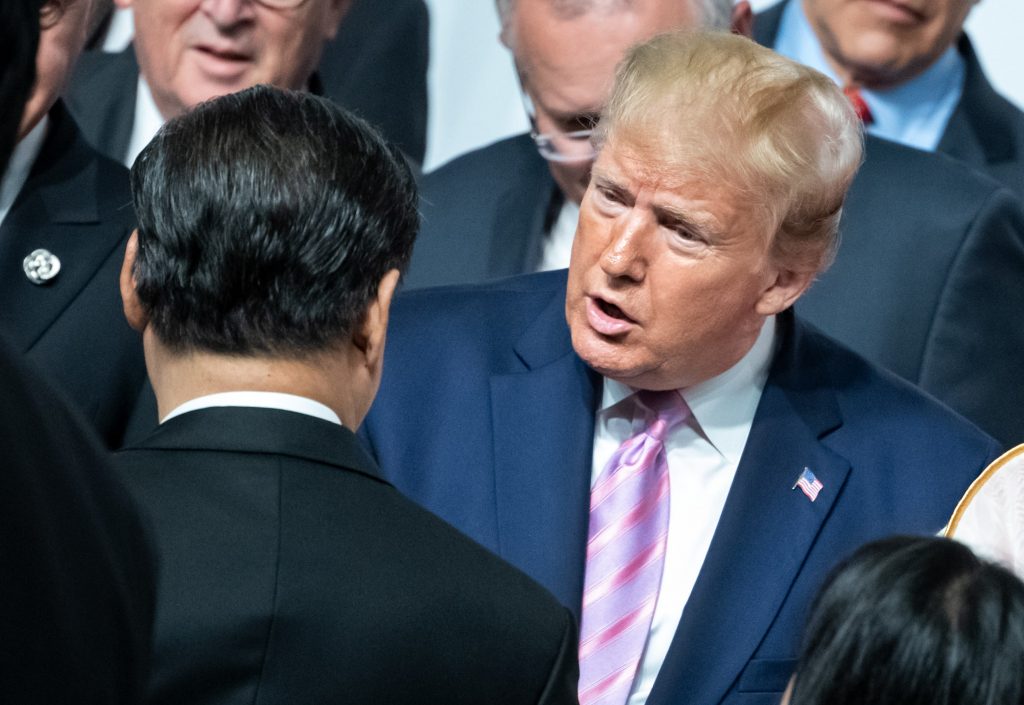