Long-time employees of WarnerMedia have been through so many spinoffs and mergers that Monday’s announcement of its impending separation from AT&T and combination with Discovery amounted to gallows humor.

“You just have to laugh,” said one veteran employee.

Given that context, it may not be surprising that WarnerDiscovery — the leading candidate for a name, according to a person familiar with the matter — is structuring itself for a future sale.

The key indicator that future chief executive David Zaslav is already considering a sale down the road — assuming the merger passes regulatory approval — is John Malone’s decision to give up his Discovery super-voting shares to merge with WarnerMedia.

Based on the latest proxy statemen filed on Apr. 30, Malone owned 6.2 million Discovery Class B shares, giving him a total of 26.5% voting control — the most of any single owner. He held 19.5 million shares in total, amounting to a 4% economic interest. His voting control was much greater because of the super-voting stock.

Malone agreed to turn in those shares for common equity because he wanted to give a combined WarnerDiscovery flexibility to sell itself in the future — most likely to a deep-pocketed technology company like Amazon or Apple or another media behemoth like Disney, according to a person familiar with the matter.

Why has the company been subject to so many mergers compared with its media rivals? Blame the lack of dual-class shares, which give founders or other insiders outsized voting control for the number of shares they actually own.

But Time Warner has always had one class of stock. That paved the way for Fox’s hostile takeover attempt of Time Warner in 2014, and later facilitated then-CEO Jeff Bewkes’s decision to sell to AT&T.

AT&T also only has one class of stock. That contributed to hedge fund Elliott Management taking a stake in 2019 and agitating for divestitures, expediting the removal of CEO Randall Stephenson and the ultimate hiring of John Stankey. It was Stankey who ultimately decided to bail on WarnerMedia in the interest of “shareholder accretion.”

Simplifying to one class of shares will also aid WarnerMedia’s attempts in acquiring future media companies with stock, if it chooses to grow by mergers instead of selling. It’s possible Zaslav will want to give himself many years atop a huge media company after years of running a relatively small player like Discovery.

Then again, if Zaslav does sell, there’s $115 million waiting for him as a change of control provision in his contract if he departs as CEO.

And WarnerMedia employees can enjoy what’s becoming a regular rite of passage — another corporate integration and reorganization.

WATCH: Discovery CEO: We can get to 400 million direct-to-consumer homes

Tue May 18 , 2021
U.S. Representative Grace Meng (D-NY) speaks at a news conference in the United States Capitol about the COVID-19 Hate Crimes Act, in Washington, May 18, 2021. Evelyn Hockstein | Reuters The House passed a bill Tuesday that aims to stem a spike in hate crimes against Asian Americans during the […] 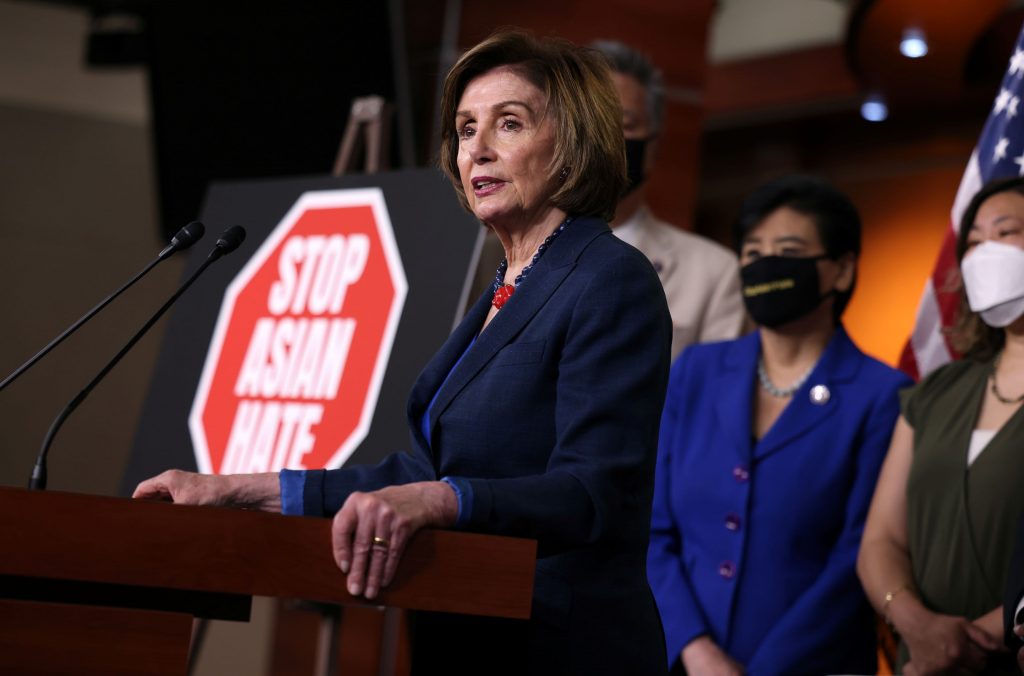