By Nichola Saminather and Dennis Porter

TORONTO (Reuters) – Walking the red carpet ahead of the world premiere of “The Sky is Pink” at the Toronto International Film Festival on Friday, actress Priyanka Chopra Jonas contrasted her life while filming with the experiences of the characters in the movie.

The Hindi-language film tells the true story of the Chaudhury family, narrated by their deceased teenaged daughter, Aisha, played by Zaira Wasim.

It chronicles the practical, emotional and relationship struggles faced by Aisha’s parents Aditi and Niren, portrayed by Chopra Jonas and Farhan Akthar, as she fights, and ultimately succumbs to, a rare genetic terminal illness that took her older sister’s life decades earlier.

“It was a really hard juxtaposition of real life for me,” Chopra Jones told Reuters. “Especially because I was getting married and at the same time this film deals with loss, loss of a child, which is such an unnatural way of being.”

She added that, although the experience “was very trying,” the support of husband, Nick Jonas, whom she married in December, helped.

The real-life Aisha Chaudhury died on Jan. 24, 2015, at 18, the day after her book, “My Little Epiphanies,” was published. “The Sky is Pink” ends with photographs and video clips of the real Chaudhury family living the moments depicted in the film, including a TEDx talk Aisha gave in India in 2014.

“You … have to be very strong as partners to go through what they went through,” Akhtar said on the red carpet. He added he tried to “approach this part with a lot of … respect, and make sure that the dignity and grace that they’ve shown in real life comes through in the performance in the film.”

“The Sky is Pink” was directed by Shonali Bose, who herself lost her 16-year-old son suddenly in an accident at the family’s Los Angeles home in 2010.

The film will debut in theatres on Oct. 11.

Sat Sep 14 , 2019
The New York attorney general’s office, as part of an ongoing case against Purdue Pharma and some members of the Sackler family, said in court filings on Friday it’s discovered approximately $1 billion the family may have been trying to hide from parties suing them over the opioid crisis. The […] 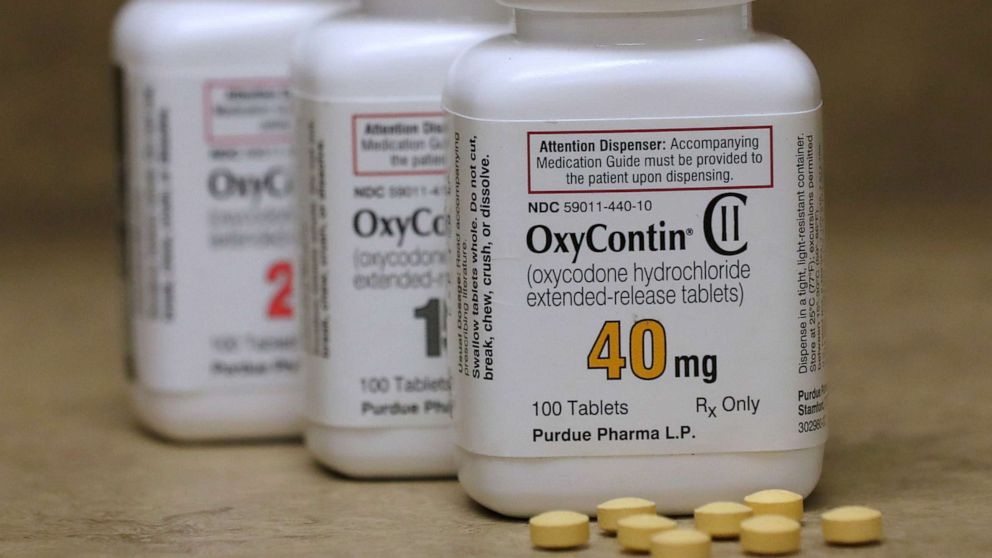