In a low-rate environment where investors are searching for yield, the Philippines has been an attractive option.

Yields in the Southeast Asian country have stayed high — relative to its regional counterparts — and that’s giving the Philippine peso a boost.

The Philippine currency has made strong gains against the greenback this year, buoyed by other factors, such as a narrowing trade deficit, in an economy that has outperformed its neighbors.

“Financial flows have been very beneficial to the Philippine Peso as real yields have attracted foreign players. With … (Bangko Sentral ng Pilipinas) policy rates still relatively high in the region, this has attracted foreign money to PHL markets, helping prop the Peso,” he said, referring to the country’s central bank.

The central bank slashed its benchmark rate three times this year to 4.0%, after hiking it five times in 2018.

Despite the rate cuts, the yield on the 10-year bond in the Philippines has remained among the highest in the region. It was at 4.61% as of Friday, after falling from a high of 6.38% in February and 7.95% last October.

Central banks around the world have been on a path of lower interest rates, with Europe even turning negative.

Resilient growth in the Philippines

The Philippines has also been relatively resilient against the effects of the U.S.-China trade battle, which has hit several economies in Asia, analysts said.

The Philippine economy , up 6.2% year over year, beating forecasts of 6.0% in a Reuters poll.

“The PHP has … been buffered by the fact that the Philippines is relatively insulated from global trade tensions, given that exports accounted for 31.7 percent of its GDP in 2018, which is significantly lower compared to regional peers such as Malaysia and Singapore,” FXTM market analyst Han Tan told CNBC in an email.

A narrowing trade deficit has therefore supported the peso, according to analysts. A country runs into a deficit when the total value of goods, services and investments it imports exceeds the total value it exports.

In a recent report, ANZ Research also pointed to an increasing number of tourist arrivals in the Philippines, led by visitors from China.

The number of Chinese tourists is “much smaller” than in several other countries in the region, and hence has room to grow further, ANZ said.

“Higher tourism receipts should temper the current account deficit, even if moderately,” the firm wrote.

Typically, a more positive current account balance supports a country’s currency because it means the nation is less dependent on foreign currencies.

There could even be further upside for the Philippine peso in the rest of the year.

“The seasonal year-end inflow of remittances, along with the softer Dollar environment, should also help keep the Peso elevated going into 2020,” said Tan, referring to money sent home by Filipinos who are working overseas, which usually sees an uptick during the festive year-end season.

Fri Nov 8 , 2019
The Car Coach, Lauren Fix, on the impact on consumers of the automakers’ deal with California to reduce emissions. A federal antitrust investigation in California surrounding auto emissions has accelerated. Continue Reading Below The Justice Department has issued civil subpoenas to four auto makers that combined this past summer on […] 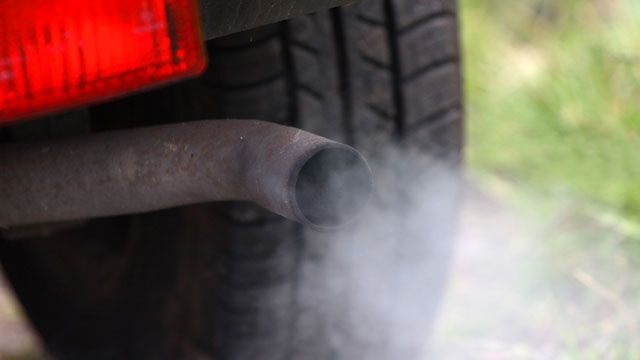