If there’s one redeeming thing about Sunday’s Oscars, it’s that we all now know the Academy really doesn’t know what’s in the envelopes.

Even after the 2017 best picture debacle in which the wrong title was named the top prize of the night, the Academy of Motion Picture Arts and Sciences has continued to keep the winners a secret until they are read on air.

Many have speculated that this was done in order for the night to end with Boseman’s win and a tribute to the actor. However, the award went to Anthony Hopkins for his role in “The Father,” leading to an anticlimactic finish to a show that already felt too hurried and, yet, too long.

Hopkins, 83, is the oldest person to win an Oscar in an acting category, and did not attend the ceremony. Instead, he was at home in Wales. He addressed the win in a video posted to social media Monday morning.

“Good morning, here I am in my homeland of Wales and at 83 years of age, I did not expect to get this award. I really didn’t,” said Hopkins. “I am grateful to the academy and thank you. I want to pay tribute to Chadwick Boseman, who was taken from us far too early, and again, thank you all very much. I really did not expect this, so I feel very privileged and honored. Thank you.”

Hopkins’ heartbreaking performance as a man struggling with dementia also earned him a BAFTA for best actor as well as critical praise. This is his second Academy Award from six nominations and follows his 1991 best actor win for “Silence of the Lambs.”

His absence from Sunday’s event may not have caused much controversy if the show’s producers had not switched the best actor presentation to last. Much of the ire for the abrupt ending and innocuous ceremony was directed at the producers for hyping up the prospect of Boseman winning.

Following Hopkins’ win, which was accepted on his behalf by Joaquin Phoenix, who had presented the award, the Academy Awards unceremoniously ended.

The ceremony’s ending was par for the course for the evening.

There’s no denying that the 93rd annual Academy Awards brought a much needed spotlight on diverse talent and honored those in the industry, who up until now, have not been widely celebrated. However, the ceremony, which was expected to break the mold and shake things up, turned out to be just like every other Oscars show before it.

Filmmaker Steven Soderbergh, who helmed the production, teased major changes to the telecast ahead of the ceremony. Producing alongside Stacey Sher and Jesse Collins, he said the team would treat the event like a movie, not a TV show. One of the most notable changes was the cobalt blue color scheme of the event, which replaced the traditional crimson curtains and carpet of past Oscars.

While there was some promise of a unique experience, particularly as Regina King strutted through Union Station in Los Angeles as colorful credits popped up on screen, showcasing the presenters of Sunday’s program, ultimately the show slipped back into old form.

Due to the coronavirus pandemic, the academy vastly limited the guest list for the event and decided to prerecord the best song nominees and play them before the awards show began. Usually, the best song performances help break up the ceremony, offering moments of levity and spectacle between speeches.

Without these performances, more focus was on the presenters. They were working solo due to social distancing guidelines, which also limited the typical moments of comedic banter between the presenters. The production replaced the scripted repartee with “fun facts” about the nominees, including last year’s best director Bong Joon-ho reciting this year’s directing nominees’ answers to the question: What is directing?

The pre-award biographies about nominees’ favorite movies or first jobs in Hollywood were well meaning, but ultimately only served to lengthen the run time of the event. The show also seemed to confirm why the academy has in the past placed caps on how long winners are allowed to speak after collecting their trophies.

Hostless ceremonies have been all the rage since 2019 when actor Kevin Hart stepped away from the gig after old, problematic tweets he’d posted resurfaced. However, Sunday’s ceremony could have benefited from a celebrity guide. Especially to smooth things over at the end of the night and provide closure to the ceremony.

The night was somewhat salvaged by impassioned speeches, particularly from filmmaker Tyler Perry who accepted the Jean Hersholt Humanitarian Award, and a strange scripted moment where Glenn Close danced to the ’80’s funk hit “Da Butt.”

Ultimately, Sunday’s Academy Awards were a product of the coronavirus, but also a representation of how difficult it can be to reimagine award ceremonies. 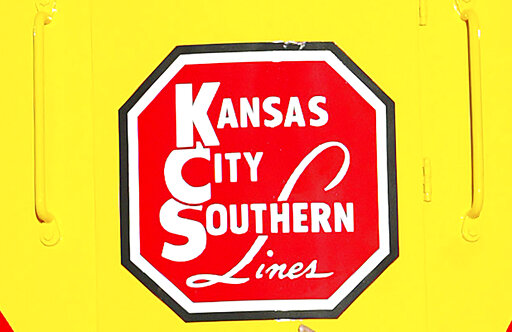