The U.S. deficit is already burgeoning and it’s set grow even bigger as lawmakers push for a second stimulus package to beat the pandemic fallout.

The additional costs of funding the package will have to be through issuing more U.S. Treasurys — but that raises the question of who will buy them. It comes amid new shifts in the geopolitical landscape, as China — previously the top purchaser of U.S. Treasurys — cuts its holdings, analysts pointed out.

“While the US economy is gradually healing, the costs of handling the pandemic are still stacking up,” wrote Kristjan Mee, a research and analytics strategist at asset manager Schroders.

He pointed out that the rolling 12-month U.S. budget deficit was close to $3 trillion as of the end of August, following the CARES Act — the first relief package aimed at tackling the pandemic which added over $2 trillion to the already large deficit.

While private foreign investors have continued to purchase Treasuries, this has not been enough to offset the anaemic demand of official institutions.

If another multi-trillion dollar stimulus package is approved by Congress, coupled with lower tax revenue, it would take the deficit to close to 20% of the country’s GDP, Mee said.

“Looking ahead, the Treasury expects the issuance to remain high with the timing dependent on the passing of the next stimulus programme,” he said in a recent note. “The key question then is: who will finance the heavy issuance associated with very large budget deficit.”

According to Reuters, the debt of the U.S., the world’s largest economy, has surged to a level not seen since the end of World War Two.

China was previously the largest holder of U.S. Treasurys, but it has been gradually shedding those holdings amid increasing tensions with the U.S. Chinese holdings fell to second place last June, behind Japan.

“While private foreign investors have continued to purchase Treasuries, this has not been enough to offset the anaemic demand of official institutions,” Mee said.

An important new addition is the political element, whereby it is likely that China does not want increased interdependency with the U.S. associated with more dollar reserves.

Relations between the U.S. and China have worsened on the trade front, and this year, the blame game on the coronavirus pandemic and the tech war intensified.

As a result, industry watchers have said, China will want to reduce its reliance on the greenback, by diversifying its foreign reserves into other currencies.

“An important new addition is the political element, whereby it is likely that China does not want increased interdependency with the U.S. associated with more dollar reserves,” said Alan Ruskin, a strategist at Deutsche Bank.

“China will likely recycle most of any new reserve accumulation into non-USD assets, because this is a relatively passive form of reserve diversification that will garner much less attention than actively selling existing USD assets,” he added.

China more than tripled its purchase of Japanese government bonds between April and July this year, surging to its highest level in more than three years.

Ruskin also pointed out that the situation now is different from a few years ago. In 2014, the appreciating yuan took a toll on China’s competitiveness, since a stronger currency makes Chinese goods more expensive to export, and the country earned less on falling demand.

As a result, the lower earnings meant limited the growth of its reserves, and subsequently reduced China’s purchase of U.S. Treasurys, according to Ruskin.

Who will buy U.S. Treasurys?

The most likely sources of purchases are probably a number of countries in Asia with “sizeable” foreign exchange reserves and “are known for intervening in the market,” said Schroders’ Mee.

He flagged the reserves of countries such as Taiwan and Singapore, which have increased “noticeably” since March.

Additionally, the U.S. has the “exorbitant privilege” of issuing the world’s reserve currency, Mee pointed out.

A lot of emerging market countries are exporting economies. Their exports will no longer be as attractive if their currencies become too strong. By buying up U.S. dollars, they boost its demand, strengthening the greenback and comparatively weakening the emerging currencies.

The Fed would also likely have to step in to purchase Treasurys on a much larger scale when China holds back its purchases, said Deutsche Bank’s Ruskin.

How October surprises took an outsized role in presidential elections

Tue Nov 3 , 2020
The 2020 election cycle has been full of twists and turns, from President Donald Trump’s Covid-19 diagnosis to the last-minute confirmation of Amy Coney Barrett to the Supreme Court. Most presidential elections in the U.S. feature at least one “October surprise,” a late-cycle event that has the potential to shake […] 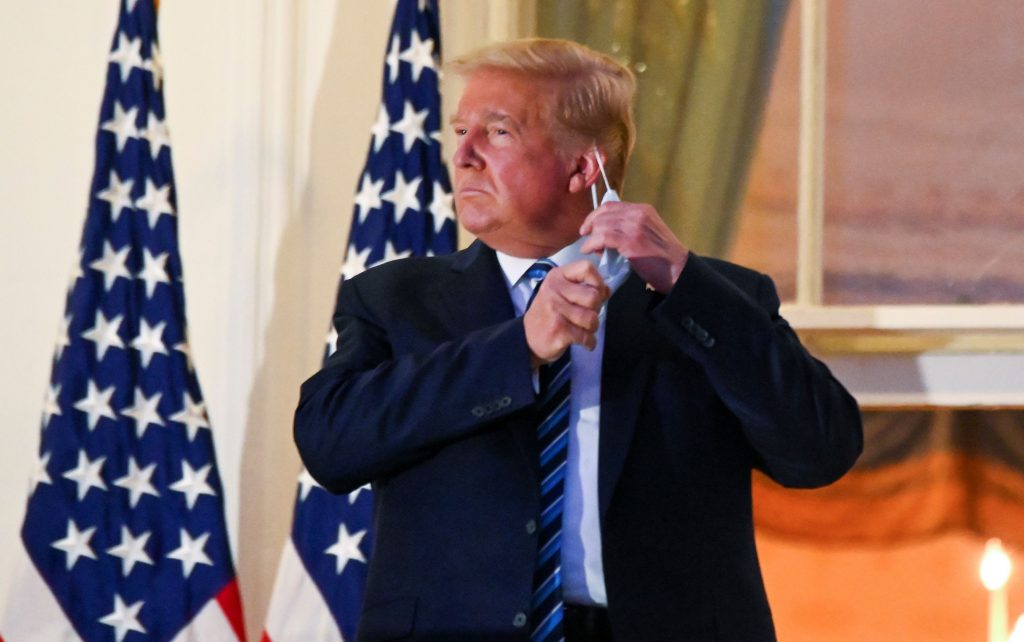