The final numbers are in, and the National Hockey League’s attracted 3.6 million viewers for Game 5 of its Stanley Cup Final on NBC, the league’s last season on the network.

On Wednesday, the Tampa Bay Lightning beat the Montreal Canadiens, 1-0, to repeat as Stanley Cup champions. Like pro basketball, the NHL’s main event is off schedule due to the pandemic. But compared to the 2020 Stanley Cup, which was played last September, viewership recovered.

The NHL ended its 16-year relationship with NBC this year and moved to ESPN and WarnerMedia. The league increased its media rights fee to more than $625 million per year courtesy of the new deals. ESPN and TNT will divide the upcoming Stanley Cup broadcasts.

Pat Maroon #14 of the Tampa Bay Lightning hoists the Stanley Cup after their 1-0 win in Game Five of the 2021 Stanley Cup Final to win the series four games to one against the Montreal Canadiens at Amalie Arena on July 07, 2021 in Tampa, Florida.

A new way to activate

Maroon became the first NHL player to activate a marketing agreement after the Lightning clinched the series. While conducting an on-ice interview with NBC, he mentioned Shavelogic and triggered their deal. The company makes shaving products and signed Maroon to a six-figure contract with stock options and an ambassador role. The agreement was negotiated by NHL agent Rob Grant of Octagon’s hockey division.

Shavelogic also signed a deal with the NHL in May and is now allowed to leverage the league’s intellectual property and have its brand displayed at future Stanley Cup events.

Maroon, 33, finished the NHL regular season with 18 points (14 goals and four assists) in 55 games. He has one year remaining on his contract, valued at $1 million. In his career, Maroon has made $15 million, according to Spotrac.

Disclosure: NBCUniversal is the parent company of CNBC.

Fri Jul 9 , 2021
All three major averages notched record closes on Friday, rebounding from the previous session’s losses over concerns of a slowdown in global economic growth. The Dow Jones Industrial Average rose about 448 points, or 1.3%, to a record close of 34,870.16. The S&P 500 bounced by about 1.1%, closing at […] 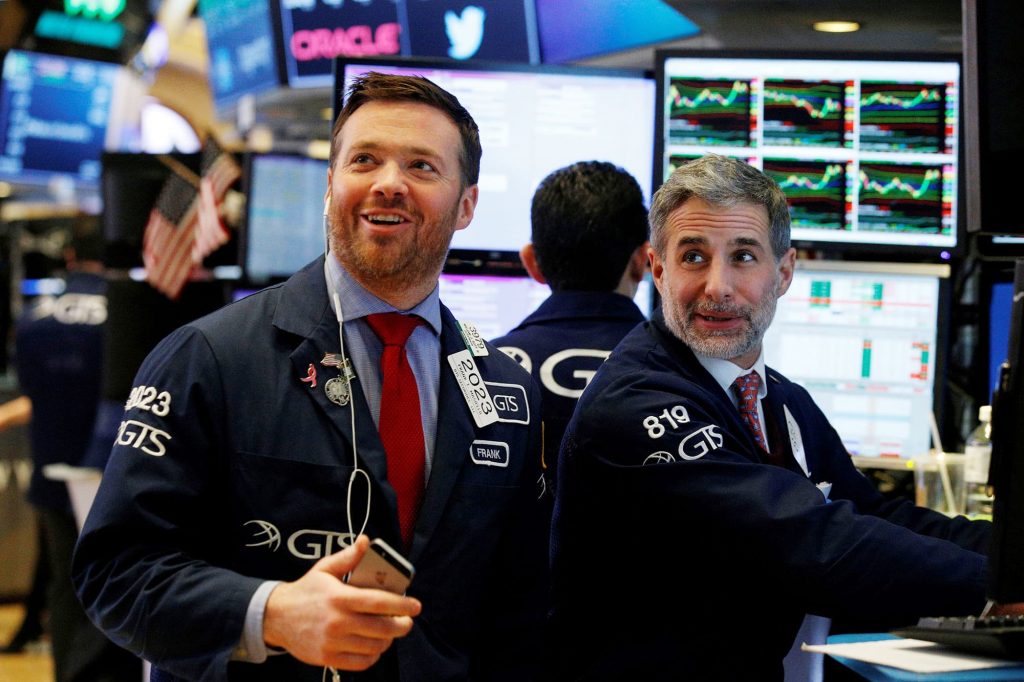