People walk past the Federal Reserve building on March 19, 2021 in Washington, DC.

The Federal Reserve is facing a big summer ahead as markets look for clues about when the ultra-easy policy measures put in place during the pandemic might finally start to unwind.

Investors got their first indication this week when minutes from the central bank’s last policy meeting featured a discussion in which some members said it would be time soon to talk about rolling back at least one of the key tools the Fed has used to guide the economy.

The critical part of the meeting summary released Wednesday noted that “a number of participants suggested that if the economy continued to make rapid progress toward the Committee’s goals, it might be appropriate at some point in upcoming meetings to begin discussing a plan for adjusting the pace of asset purchases.”

To the market’s ears, the passage sparked talk of “tapering,” a word that generally makes investors nervous as it means the Fed will start reducing the $120 billion or so of bond buys it makes each month. That program, also referred to as quantitative easing, has been a lynchpin for markets, which have consistently risen and fallen with the size of the central bank balance sheet for more than a decade.

Fed officials have pledged plenty of warning before an actual tapering happens, so the presence of such talk at the April meeting likely sent the first signal that a reduction in purchase is on the table, with more information to come in the months ahead.

“Everyone knows the critical period is going to be here by fall,” said Jim Paulsen, chief investment strategist at the Leuthold Group.

Market consensus is that the Fed will start dropping breadcrumbs between now and when central bankers gather in August at their annual symposium in Jackson Hole, Wyoming, presented by the Kansas City Fed.

A short history of tapering

The Jackson Hole highlight will be the keynote speech from Chairman Jerome Powell, who last year used the event to lay out a groundbreaking new policy path for the way the Fed approaches inflation.

This year, Powell will be staring down what is likely to be accelerated price pressures that are above the Fed’s 2% mandate and have caused some market pressure to tighten policy at least a little to stave off problems down the road.

“I’m not sure the Fed will have to do much [tapering], though I probably would,” Paulsen said. “I would taper anyway, because I don’t see what benefit there is now of having all this excess liquidity out there. If it’s not creating runaway inflation, then it’s really not doing anything. Why leave it hang around?”

Markets reacted negatively to the tapering signal the Fed sent but since have changed course.

Commodity prices on a tear through most of 2021 have been mostly lower while government bond yields have eased as well. The stock market’s sell-off was brief Wednesday and equities rose both Thursday and Friday.

Those moves provided some solace that a repeat of 2013’s “taper tantrum” may not be in the cards.

In fact, the tantrum that year wasn’t even much of a tantrum.

After then-Chairman Ben Bernanke uttered the comments during a congressional hearing that a reduction in purchases was ahead – the eighth anniversary is Saturday – the benchmark 10-year Treasury yield spiked a full percentage point over the next four months.

The S&P 500 surrendered 5% before turning around, and actually ended the year with what is still the best gain of the 21st century. Both the moves in stocks and bonds happened prior to the Fed actually reducing the rate of its purchases, at a pace of just $10 billion a month.

“The 2013 ‘Taper Tantrum’ happened before anything actually ‘happened,’ DataTrek Research co-founder Nick Colas said in a note earlier this week. “It’s fair to say it was a tantrum about Fed miscommunication rather than actual Fed policy.”

That’s why getting the communication part right is critical for Powell and the Fed, and why they’re likely to set the table soon for a modest reduction in purchases.

Central bankers thus far have stuck to a script that says the recent run higher in inflation will last a few months and then fade, and the success of how they manage to unwind the massive easing put in place since March 2020 is vitally dependent on the economic story unfolding in that fashion.

“I do think the Fed will get it right, because they are in line with our view that the upside risk to inflation is transitory,” said Alejandra Grindal, chief international economist at Ned Davis Research.

Grindal anticipates that the Fed will announce its tapering intentions between Jackson Hole and the November meeting of the Federal Open Market Committee, a timetable that is a bit later than other central bank watchers expect but largely in line with movement this year.

“Then we expect tapering to begin in 2022. It will take about a year for the Fed to go through the tapering process. Then after that we expect to see at earliest a rate increase in 2023, but it could be as late as 2024,” she said.

Economists and most Wall Street strategists accept the Fed’s narrative that inflation pressures that pushed the Consumer Price Index up 4.2% in April likely will subside once supply chain issues and base effects from 2020 wear off.

However, the concern remains over whether the central bank can engineer a soft landing from stimulus that saw benchmark borrowing rates again taken down to near zero and a nearly $4 trillion expansion of the Fed’s balance sheet.

The last time the Fed tried to reduce its asset holdings and raise rates, the results were not good. Statements from Powell that the balance sheet drawdown was on “autopilot” and that the Fed was still a long way from stopping what had been in 2017 and 2018 a series of quarter-point rate hikes were met with revolt in markets when economic growth slowed.

That raises the stakes even more for this summer’s communication efforts.

“They didn’t get things perfect in the past,” Grindal said. “The thing is, the Fed learns from the past.” 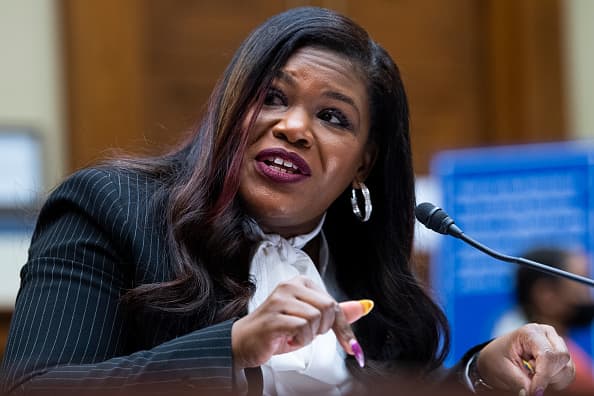