While the war against ISIS in Syria may be drawing to a close, a separate, festering conflict has reached a tipping point.

That’s Turkey’s discontent with the U.S.-backing of a Kurdish militia in Syria, and it is escalating with the Turkish military attacks on the Kurd-controlled district of Afrin in northern Syria.

Called “Operation Olive Branch,” the Turks are seeking to push the Kurds away from the Syria-Turkey border, and threatening to move their forces to other areas held by Kurdish forces.

The issue here revolves around the U.S., Turkey, and the Syrian Kurdish militia known as the YPG. The U.S. military currently fights on the ground alongside the Syrian Democratic Forces, which consists largely of the Kurdish militia, in the war against ISIS.

Ankara sees the YPG, however, as an extension of the Kurdistan Workers’ Party (PKK) that has been fighting for autonomy since 1984. Both Washington and Turkey call the PKK a terrorist faction, and the Turkish government has vehemently objected to any U.S.-Kurd partnership.

Turkey’s patience boiled over when the U.S.-led coalition announced its plans to assemble and train a 30,000-strong security force, comprised of a significant number of the Kurdish militia, which would be deployed along the Turkish border.

The disagreement could put the U.S. into a precarious position as its NATO ally in Ankara directs an armed conflict against another U.S. partner.

Amanda Sloat, a senior fellow at the Center on the United States and Europe at D.C.-based think tank the Brookings Institution, told CNBC that the U.S. may have ties on both sides, but Washington is not deliberately playing both sides of the conflict.

In order to tackle the rise of ISIS, which had overwhelmed Syria by September 2014, coupled with former U.S. President Barack Obama’s unwillingness to commit a large American military contingent to the battlefield, the U.S. needed to partner with appropriate Syrian forces on the ground.

“This proved to be an issue because many of the Syrian forces were more interested in fighting the Assad regime instead of ISIS,” said Sloat, a former deputy assistant secretary for Southern Europe and Eastern Mediterranean affairs at the State Department.

At that point in time, Turkey was more interested in creating a no-fly zone along the Turkish-Syrian border. Ankara was also in a disagreement with the U.S. about what forces it would be willing to commit.

“Under this circumstance, the YPG emerged as the ideal partners for the war against ISIS,” Sloat said. “The U.S. was reduced to pick from the best of the available options.”

Although the partnership was met with objections from Ankara, the State Department assured Turkish President Recep Tayyip Erdogan that the co-operation was only temporary.

“During the war against ISIS, the U.S. was able to quell Turkey’s concerns with the greater good,” Sloat said. “Kick the can down the road, if you will.”

Bulent Aliriza, the director of the Turkey Project at think tank the Center for Strategic and International Studies, agreed that the ISIS issue overshadowed Ankara’s concerns at the start.

“U.S. activity in Syria can be broken down into the before and after, of the emergence of ISIS,” Aliriza, a former Turkish Cypriot diplomat in New York and Washington, said. “Initially, the U.S. wanted to overthrow Assad, thus seeking cooperation with Turkey. In 2014, however, the situation evolved into focusing solely on defeating ISIS, which meant cooperation with YPG on the ground.”

With a general consensus among the international community that ISIS has been essentially defeated in Syria, the U.S. no longer has that luxury of shelving the issue.

U.S. Secretary of State Rex Tillerson and Secretary of Defense James Mattis have both officially and publicly said the U.S. would continue to remain in Syria to act as a stabilizing force and ensure radical groups do not re-emerge in the region. That essentially meant the continuation of the American partnership with the YPG.

The U.S. mentality is partly based on experience with the wars in Iraq and Afghanistan, where the world’s largest economy drew down from those countries after accomplishing initial military and security goals. Without any concrete plans for stabilizing the regions, the removal of American forces allowed for the current insecurity and destabilization in both countries.

“The dynamics have now changed with ISIS’ impending defeat and the fall of the caliphate,” Aliriza said.

Without an urgent war against terrorism in the region, Washington would be hard-pressed to justify its alliance with the Kurdish militia to its NATO ally in Ankara.

“Turkey sees the partnership as an American security guarantee for the YPG and their activities in the region,” Sloat explained, “The U.S., on the other hand, sees its presence as vital to counter Iranian influence and to support the liberated areas.”

The announcement for plans to build a border security force that would be situated close to the Turkish line led to a retaliation by Erdogan: “Operation Olive Branch.” Essentially, it’s an assault by Turkish forces on the Kurdish enclaves in Northern Syria to force the YPG away from the borders.

“What’s happened in Afrin is bringing the contradictions of U.S. policy to the forefront,” Sloat said. “The move to build a border security force has led Turkey to further doubt the U.S. and their cooperation with the YPG.”

A major player in the region may have well been behind the ongoing conflict, although it has remained relatively quiet. Many experts have claimed the real power in Syria is Russia.

A staunch supporter of Syrian President Bashar al-Assad within the international community, Russia’s influence in the country outweighs that of the U.S. and the Kremlin may actually be the one that is playing both sides in the conflict.

That is, Moscow is allowing Turkish use of the airspace it controls for “Olive Branch” while simultaneously brokering a deal with the YPG that may ultimately extend Assad’s power.

“Russia stands to gain from an alliance between the Syrian Kurds and Assad,” Aliriza said.

Moscow had attempted to negotiate a deal with the Syrian Kurds back in July 2017, offering the group protection if it handed over Afrin to Assad. The Kurds rejected the offer at the time, but the hope is that the Damascus forces will now be welcomed in the face of the Turkish assault.

Meanwhile, the airspace above Afrin is totally controlled by Moscow, so everything Turkey is doing in the region is happening because Russia allows it, according to Aliriza.

Perhaps not coincidentally, Moscow pulled its troops out of Afrin just before Turkey went on the offensive last month.

“This makes perfect sense, because this forces the Kurds to take action they didn’t want to before, allowing Assad’s forces to enter Afrin and playing into Russia’s hands,” Aliriza said.

Fears of Turkey abandoning its NATO membership and allies may be premature in the current environment, Aliriza told CNBC.

“It’s not a question of Turkey sacrificing its NATO membership to fight its war against the YPG. Rather, Turkey is using NATO to remind the U.S. of its obligation as an ally,” he said, adding that this alone would make it “unlikely that Turkey would leave the organization.”

There has been plenty of hot rhetoric coming out of Ankara recently, but the U.S. has moved to calm the situation by sending top White House aides, including president Donald Trump’s national security advisor, H.R. McMaster, to meet with Turkey to open a dialogue.

Sending officials like McMaster “to meet with Turkey officials shows the importance that the U.S. places on its relationship with Turkey,” Sloat said.

But first, the U.S. administration must solve its own internal differences before it can work on a more concrete solution in Syria. When the U.S.-led coalition made the announcement for plans of a border security force, Tillerson retracted the statement, telling reporters “that entire situation has been mis-portrayed, mis-described, some people misspoke. We are not creating a border security force at all.”

Commanders on the ground have also said definitively that they want to continue the partnership with the YPG, and will not leave the northern Syrian city of Manbij, even after Turkey’s demands that the U.S. pull out.

“The U.S. needs a coherent internal plan to solve their differences, and then come up with a regional plan for Syria,” Sloat said, adding that the “resumption of a ceasefire and peace talks between Turkey and the [Kurdistan Workers’ Party] are important to resolve the situation.”

Erdogan is under no illusion that he needs to make any concessions, however, especially with Turkish elections coming up in 2019. The military operations in Afrin have garnered huge public support back in Ankara.

Aliriza acknowledged that an agreement has to be made between all parties involved in the region for a deescalation of the situation, even leaving room for the Syrian Kurds to achieve some part of their goal of autonomy.

On paper, the situation can still be managed, according to him: “The tensions between Turkey and the U.S. has not been solved, but it is put on hold as long as Turkey does not expand their operations to Manbij.”

“Until then, there is no direct confrontation between the NATO allies, and the situation can still be managed,” Aliriza pointed out.

Although the YPG are the U.S. allies on the ground in Syria, the U.S. is not present in Afrin where the Kurdish enclaves have experienced Turkish assaults for the past month. Manbij, however, holds hundreds of American soldiers.

During a Tillerson visit to Turkey, Erdogan proposed a plan to expel the YPG contingent from Manbij, with Turkish forces taking over its place with the U.S. Tillerson has agreed to consider the proposal. There are no signs that the Kurdish militia would accede to the request peacefully, however, and any movement by Ankara into the region could complicate matters further.

“If Turkey enters Manbij, the situation will become even more difficult,” Aliriza said. 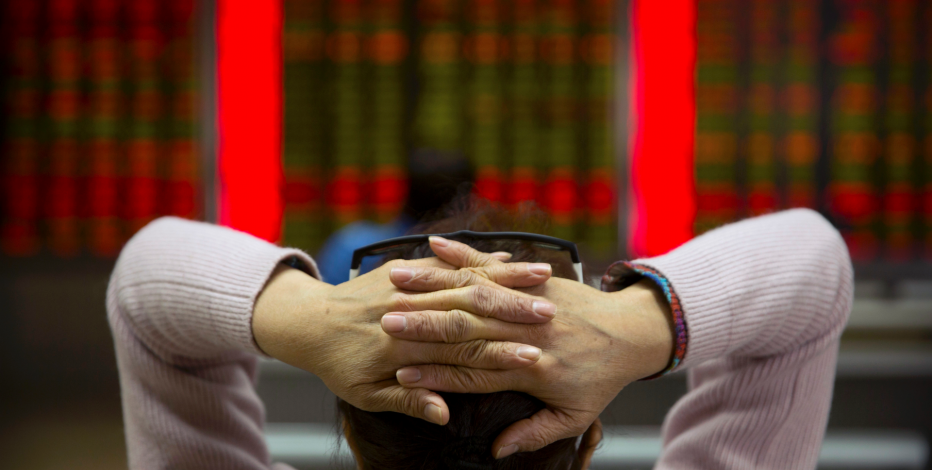