“November is shaping up to be the strongest buyback month on record,” J.P. Morgan quantitative strategist Marko Kolanovic wrote in a note to clients Wednesday, citing activity observed by the bank’s trading desk.

Investors blamed a so-called buyback blackout as a reason for the October rout in markets. Companies are barred from buying back their own stock in a window around their earnings releases. Buybacks have been a driving force behind this bull market with companies even issuing debt at low interest rates to repurchase their own stock.

Other data supports J.P. Morgan’s numbers. In the past four weeks as earnings announcements wound down, buybacks have averaged $3.3 billion daily, with the number of announcements running at the fastest pace in the past three years, according to TrimTabs Investment Research data from Wednesday.

Overall, Goldman Sachs notes that buybacks for companies in the S&P 500 jumped by 51 percent in the first half of the year as companies spent the money from the tax cut, especially the funds that were trapped overseas. Goldman Sachs expects S&P 500 share repurchases to climb another 22 percent to $940 billion next year.

The recent buying has been fairly concentrated, with buybacks for Wells Fargo ($18.1 billion) and Merck ($10 billion) accounting for a combined 43 percent of the volume, the site said in a press release. In all, 13 companies have introduced buybacks of at least $1 billion.

One notable buyer of its own stock was Warren Buffett’s Berkshire Hathaway, which said it bought nearly $1 billion worth in August.

While companies are likely to continue to goad the market higher by returning cash to shareholders, it comes against a backdrop of concern that may be no better place to put the cash. Further, a steady uptick in interest rates has some market strategists worried that lending — which helped pay for the buybacks — may become too expensive.

Both short-term and long-term Treasurys have seen their rates climb over the past 12 months, with the 10-year rate hovering at 3.21 percent, up from 2.3 percent one year ago.

The S&P 500, which fell intro correction territory in October with a fall of 10 percent from its September highs, has rallied 5.6 percent over the past 10 days.

Thu Nov 8 , 2018
FILE PHOTO: A Virgin Atlantic passenger plane flies in the sky with the moon seen in the background, in London, Britain January 19, 2016. REUTERS/Toby Melville November 8, 2018 LONDON (Reuters) – Britain’s Virgin Atlantic could face industrial action from some of its pilots after a union representing over half […] 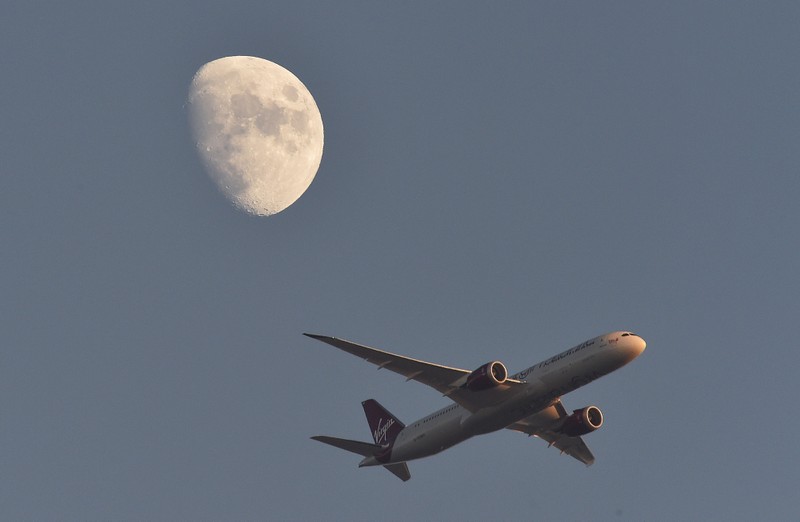