The International Maritime Organization (IMO) will enforce new emissions standards on January 1, 2020. The rule change is designed to significantly curb pollution produced by the world’s ships.

Tens of thousands of ships sailing the world’s oceans burn more than 3 million barrels of sludge-like high-sulfur fuel every single day. But, starting next year, the shipping industry will have to comply with rules that should dramatically reduce sulfur emissions.

“It is going to affect crude oil producers, traders, ship owners, refiners, equity investors, insurance companies, logistical businesses, banks… Who’s left? I’m struggling to think of anyone it might not affect. That’s why it is a huge transition,” Sawyer said.

With less than six months to go before the new rules on marine fuels come into force, CNBC takes a look at the far-reaching consequences of the coming changes.

Amid a broader push towards cleaner energy markets, the IMO is set to ban shipping vessels using fuel with a sulfur content higher than 0.5%, compared to levels of 3.5% at present.

The most commonly used marine fuel is thought to have a sulfur content of around 2.7%.

There is a brick wall coming at the end of December which has been built for over two years. I think you can either run into it head first and say: ‘that hurts,’ or you can find a way around it. “

The new regulations are the result of a recommendation that came from a subcommittee at the United Nations (UN) more than a decade ago and was adopted in 2016 by the UN’s IMO, which sets rules for shipping safety, security and pollution.

More than 170 countries, including the U.S., have signed on to the fuel change.

Starting in 2020, ships found in violation of the new laws risk being impounded and ports in cooperating countries are expected to police visiting vessels.

Why does it matter?

“It is an enormous switch. If you considered shipping alongside all of the oil consuming nations, it would be number four or five on the list — so it is an enormous amount of consumption,” Anthony Gurnee, CEO of Ardmore Shipping, told CNBC’s “Squawk Box Europe” last week.

Ardmore Shipping is a U.S.-listed company based in Ireland, with a business of owning and operating a fleet of tankers that move refined oil products.

“We are going to a fundamentally different type of fuel. It is having a bigger impact actually on the refining industry than it is on shipping,” Gurnee said.

The forthcoming measures are widely expected to create an oversupply of high-sulfur fuel oil while sparking demand for IMO-compliant products — thus ratcheting up the pressure on the refining industry to produce substantially more of the latter.

This is especially important, energy analysts say, because Middle Eastern oil producers — such as OPEC kingpin Saudi Arabia — are likely to lose out given their over-reliance on crude with a high-sulfur content.

The shipping industry is under intense pressure to slash its sulfur emissions, given the pollutant is a component of acid rain, which harms vegetation and wildlife, and contributes to the acidification of the oceans.

The proposed rule change comes at a time when the stakes are high for the world’s shipping vessels. Late last year, analysts at UBS estimated the green shipping market could be worth at least $250 billion over the next five years.

Is there any chance it could be delayed?

The IMO has said there can now be no change to the implementation date, as it is too late for any revisions to take place before January 1, 2020.

What must ships do to meet the new regulations?

Some ships will chose to limit the air pollutants by installing exhaust gas cleaning systems, known as “scrubbers.” These are designed to remover sulfur oxides from the ship’s engine and boiler exhaust gases.

A ship fitted with a scrubber could continue to use heavy oil, since the sulfur oxide emissions would be reduced to a level equivalent to the required limit.

A support vessel flying an Iranian national flag sails alongside the oil tanker ‘Devon’ as it prepares to transport crude oil to export markets in Bandar Abbas, Iran, on Friday, March 23, 2018.

Analysts estimate the container industry — which transports consumer goods such as sofas, designer clothes and bananas — is likely to be among those hit the hardest, with additional costs of approximately $10 billion, according to a Reuters report.

The world’s two largest container shipping lines, A.P. Moller-Maersk and MSC, have both reportedly said that falling in line with IMO regulations is likely to incur extra costs of roughly $2 billion each.

“I am a firm believer that the market will find a balance,” Sawyer said.

“Let me put it this way, there is a brick wall coming at the end of December which has been built for over two years. I think you can either run into it head first and say: ‘that hurts,’ or you can find a way around it.” 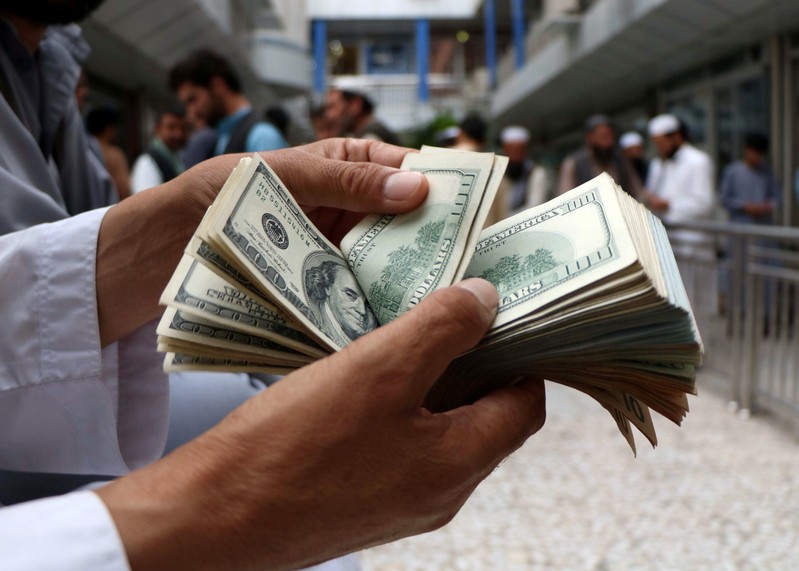