By Jennifer Hiller and Jan Wolfe

HOUSTON (Reuters) – A federal judge in Texas on Monday denied a bid by Republicans to throw out about 127,000 votes already cast in the U.S. presidential election at drive-through voting sites in Houston, a Democratic-leaning area.

The plaintiffs had accused Harris County Clerk Chris Hollins, a Democrat, of acting illegally when he allowed drive-through voting as an alternative during the coronavirus pandemic.

In a written order, U.S. District Judge Andrew Hanen said the plaintiffs lacked standing to bring the case and waited too long to sue.

“To disenfranchise over 120,000 voters who voted as instructed the day before the scheduled election does not serve the public interest,” the judge wrote, adding that drive-through early voting was permissible under Texas law.

In a narrow setback for Harris County officials, Hanen said drive-through voting on Election Day likely violated Texas law. But he did not halt it because of the plaintiffs’ lack of standing.

Based on that part of the ruling, Hollins said on Twitter on Monday night that nine out of 10 of the drive-through polling sites would be closed on Election Day to ensure that votes are counted.

Hollins said the decision was made because Hanen said the tents used for most of the sites would not qualify as “buildings,” which are required for Election Day polling places.

“I cannot in good faith encourage voters to cast their votes in tents if that puts their votes at risk,” Hollins said.

The plaintiffs appealed to the U.S. 5th Circuit Court of Appeals, seeking to halt Election Day drive-through voting, but that motion was denied. They will also appeal a similar loss in state court on Sunday to the U.S. Supreme Court, their lawyer, Jared Woodfill, told reporters.

Harris County, home to about 4.7 million, is the third-most populous county in the United States and has more than 800 voting places.

Texas, the second-largest U.S. state, is traditionally a Republican stronghold but polls show a tight race this year between President Donald Trump and Democratic candidate Joe Biden, with more than 9 million ballots already cast, eclipsing its total turnout in the 2016 presidential election.

On Sunday, the Texas Supreme Court rejected a nearly identical bid by the same plaintiffs, who include conservative activist Steve Hotze and judicial candidate Sharon Hemphill, to halt drive-through voting in Harris County.

Tue Nov 3 , 2020
WASHINGTON — Even before Election Day, the 2020 race was the most litigated in memory. President Donald Trump is promising more to come. The candidates and parties have enlisted prominent lawyers with ties to Democratic and Republican administrations should that litigation take on a new urgency if a narrow margin […] 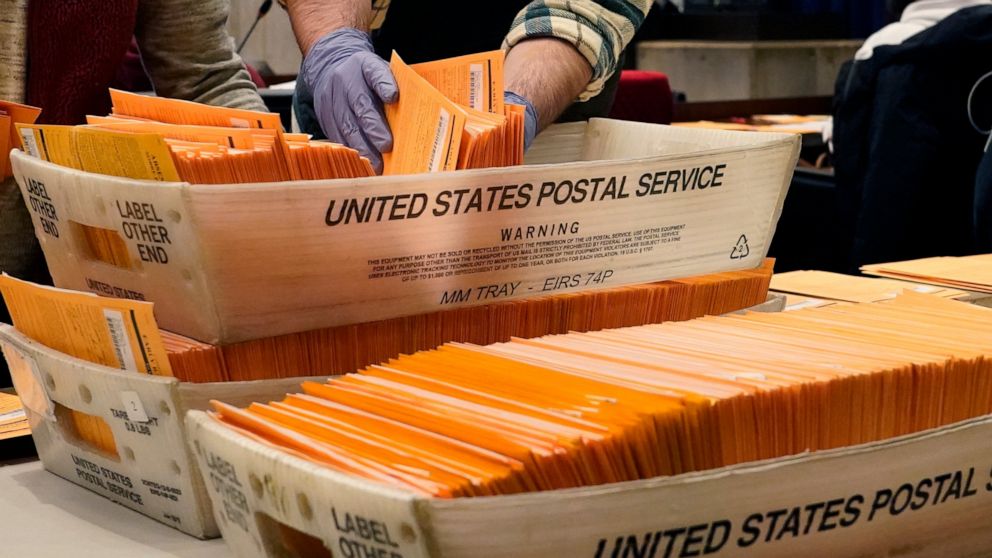