Tesla on Wednesday showed off a major redesign to its electric sedan, the Model S, in its 2020 fourth quarter earnings report.

The company shared pictures of its new interior and exterior of the car that’s set to launch later this year. It also introduced its “Plaid” offering, a tri-motor powertrain that would allow the car to go from zero to 60 miles per hour in under 2 seconds. The new Model S starts at $79,990. Its Plaid version starts at $119,990.

CEO Elon Musk said on an earnings call Wednesday that Model S Plaid was in production now and will be delivered starting in February.

“It’s really a tremendous improvement over the prior version,” Musk added.

At end of 2020 Tesla shut down production lines for the Model S and Model X in its Fremont plant to get ready to produce the updated versions of the cars, a sedan and SUV with falcon wing doors. The company said Wednesday production will resume in Q1 and “ramp back to full capacity over time.”

“Over the past few weeks, we have been upgrading our Fremont factory to launch the new Model S and Model X. These changes include a new powertrain (battery modules, battery packs, drive units), an entirely new interior, exterior updates and other improvements,” the company said in its latest earnings update released Wednesday.

Deliveries of Tesla’s Model S and X declined in 2020, and amounted to just 18,966 in the fourth quarter. Tesla does not break out vehicle sales by individual model-type.

Production of the two models dropped 10% year over year to 16,097 in the fourth quarter, according to the report.

The company also gave some production guidance going forward, writing “Over a multi-year horizon, we expect to achieve 50% average annual growth in vehicle deliveries.” The company expects faster delivery growth than that for 2021.

Thu Jan 28 , 2021
On International Holocaust Remembrance Day, this 92-year-old survivor said it’s a special, but somber occasion for him.  “It’s kind of a celebration and the fact that those of those of us who did survive were able to make a pretty nice life for themselves and continue,” Ben Lesser told CBS […] 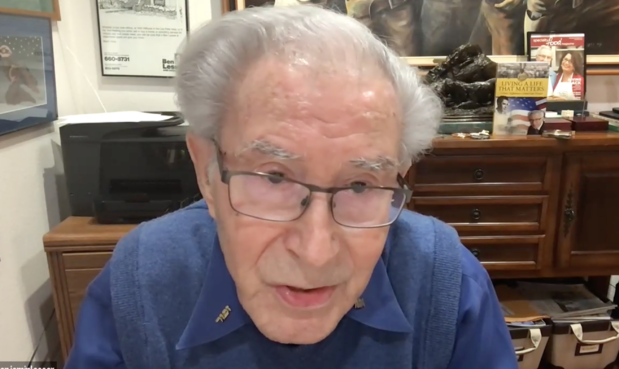