LONDON (Reuters) – Highlights of day seven of the Wimbledon tennis championships on Monday (all times GMT):

Marton Fucsovics had lost his three previous meetings with Russian fifth seed Andrey Rublev this year in straight sets, but the Hungarian prevailed 6-3 4-6 4-6 6-0 6-3 at Wimbledon to set up a quarter-final against top seed Novak Djokovic.

1430 DJOKOVIC PROVES TOO STRONG FOR GARIN

Canada’s 10th seed Denis Shapovalov racked up an impressive tally of 52 winners in a 6-1 6-3 7-5 win over eighth seed Robert Bautista Agut of Spain.

There were 13 breaks of serve in a chaotic last set before Khachanov prevailed in just under four hours on Court 18.

World number one Ash Barty booked a place in the Wimbledon quarter-finals for the first time with a 7-5 6-3 victory over Czech French Open champion Barbora Krejcikova, who was riding a 15-match winning streak.

Tunisia’s Ons Jabeur rallied from a set down to beat 2020 French Open champion Iga Swiatek 5-7 6-1 6-1. The 26-year-old becomes the first Arab player to make quarter-finals at Wimbledon since Egypt’s Ismail El Shafei in 1974.

Play on the seventh day of Wimbledon began under cloudy skies, with the temperature hovering around 19 degrees Celsius (66 Fahrenheit). 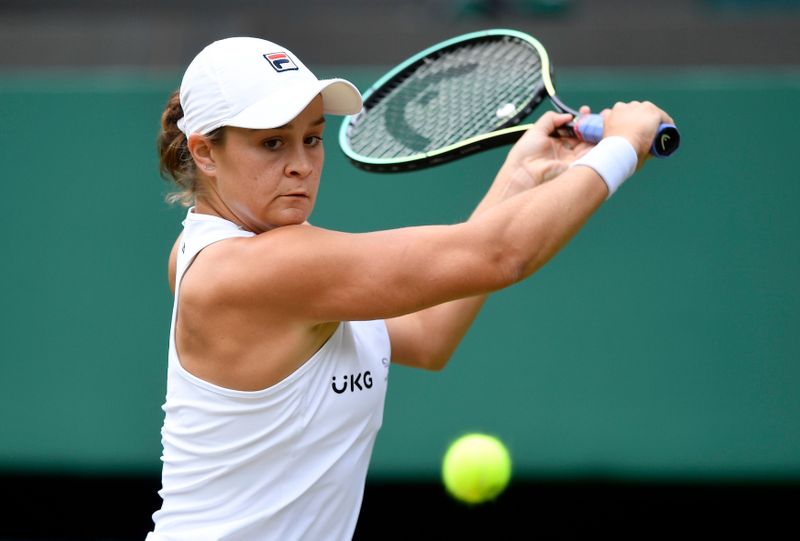