LONDON (Reuters) – Denis Shapovalov and Felix Auger-Aliassime completed contrasting wins on Monday to reach the last eight at Wimbledon, making it the first time that multiple Canadian men have reached the quarter-finals of a Grand Slam.

Shapovalov was the first to advance, putting in a near flawless show to ease past eighth seed Roberto Bautista Agut of Spain 6-1 6-3 7-5 to book a maiden last-eight spot at the grasscourt tournament.

It was also a first major quarter-final for the 20-year-old Auger-Aliassime although his road to victory was much more complicated as he had to stave off a spirited comeback from fourth seed Alexander Zverev.

The tall German failed to keep a lid on his service errors in blustery conditions, piling up 20 double faults in total, and also suffered a heavy fall in the fourth game of the third set which hurt his right knee.

But that did not stop Zverev from levelling the match at two sets apiece and he also recovered a break down in the decider before another break by the Canadian in the seventh game proved decisive.

Auger-Aliassime then converted his second match point with a forehand smash for his 54th winner, becoming the youngest man to reach the Wimbledon quarter-finals since Nick Kyrgios in 2014.

“It’s a dream come true, it’s unbelievable,” he said in his on-court interview. “You dream of moments like this as a kid. I’m a normal guy from Montreal, Canada. Surely the best victory of my life so far so it was extra special.”

He next meets seventh seed Matteo Berrettini, who completed a breezy 6-4 6-3 6-1 fourth round win over Ilya Ivashka earlier.

Shapovalov, seeded 10th, had lost to Ricardas Berankis in the first round in his last appearance at the All England Club in 2019 but has shown remarkable form on grass this season.

In his first meeting with Bautista Agut, the Canadian raced into a 4-0 lead and broke his 33-year-old opponent a third time to sweep through the first set, carrying on the form he showed to beat Andy Murray in straight sets in his last match.

A single break of serve in the eighth game was enough for a two-set lead for Shapovalov.

Both players lost their serve twice at the beginning of the third set before the left-hander surged ahead with a break in the 11th game and then consolidated his advantage to complete the win on his first match point.

Next up for the Canadian will be Russian 25th seed Karen Khachanov, who outlasted Wimbledon debutant Sebastian Korda in five sets.

“I’m very happy with my game. Obviously Roberto is a very, very tough player to play against. To beat him in straight sets at a tournament like this, it backs up my level from Andy’s match,” Shapovalov added.

“I’m just happy that I feel like I’m improving every single match. Honestly, it’s been really, really fun out there. I feel like everything’s kind of working for me.” 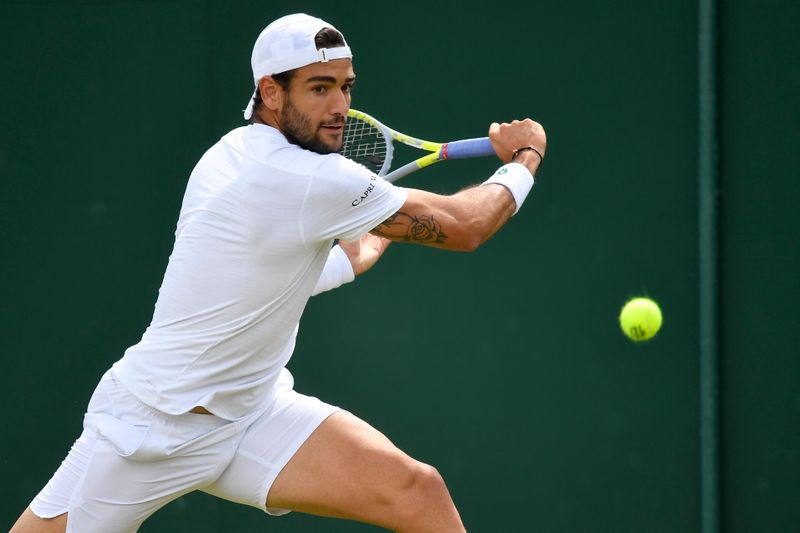