NEW YORK (Reuters) – Britain’s Emma Raducanu completed a Grand Slam fairytale on Saturday by beating Canadian Leylah Fernandez 6-4 6-3 in the battle of the teens to be crowned U.S. Open champion.

The 18-year-old became the first ever qualifier to win a Grand Slam title and the first British woman to hoist a major trophy since Virginia Wade triumphed at Wimbledon in 1977.

The first Grand Slam final — men or women — to be contested by two unseeded players was an improbable matchup that no one could have predicted, featuring 150th-ranked qualifier Raducanu and little-known Fernandez ranked 73rd.

All the more remarkable was that Raducanu’s march to the title required 10 matches, including three wins in qualifying, and she did it without dropping a single set along the way. 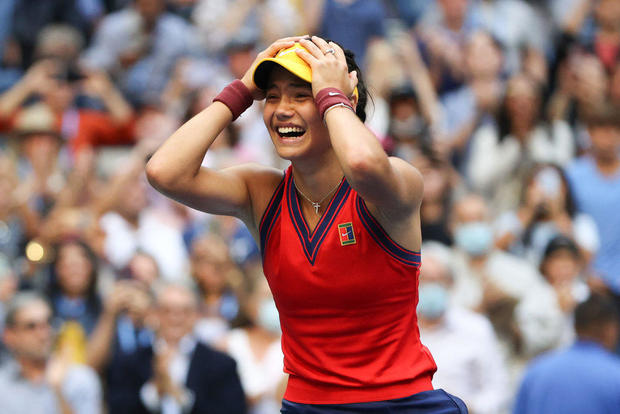