FILE PHOTO: A general view of the Fed Cup’s trophy displayed during a reception at the Elysee Presidential Palace in Paris, France November 12, 2019. Ludovic Marin/Pool via REUTERS

The women’s team competition featuring 12 nations, formerly known as the Fed Cup, was originally scheduled to be held in Budapest, Hungary in April last year but was twice postponed because of the COVID-19 pandemic.

The ITF, which is also the governing body for the men’s Davis Cup, was looking for a new host nation after the Hungarian Tennis Association backed out in April saying it was no longer feasible to host the Finals due to safety reasons.

The Finals will now be held at the O2 Arena in Prague from Nov. 1-6.

“I am very happy that the Czech Tennis Association (CTA) could provide a solution when ITF President David Haggerty reached out seeking a new host for this year,” CTA chief Ivo Kaderka said in a statement.

Budapest was announced as host in 2019 when the Fed Cup was restructured into a World Cup of tennis format concluding with a 12 nations competing over one week for the title.

It was renamed the Billie Jean King Cup last year in honour of the American 12-time Grand Slam champion and women’s tennis trailblazer who was part of the winning team at the inaugural Fed Cup in London in 1963.

“It’s an honour to represent this historic competition and I want to thank the ITF and the Czech Republic for doing everything in their power to stage this year’s women’s World Cup of Tennis despite the challenging circumstances,” King said.

Previous host Hungary will be replaced in Group A by Canada, the highest-ranked winning nation at the playoffs in April this year, for the inaugural Billy Jean King Cup Finals, the ITF said.

Some Afghan refugee children are arriving in the U.S. unaccompanied

Fri Aug 27 , 2021
Some refugee children who have been evacuated from Afghanistan following the Taliban takeover are arriving on American soil without family members, prompting U.S. authorities to send them to government shelters, Department of Health and Human Services (HHS) officials told CBS News. Since the Biden administration started airlifting at-risk Afghans from […] 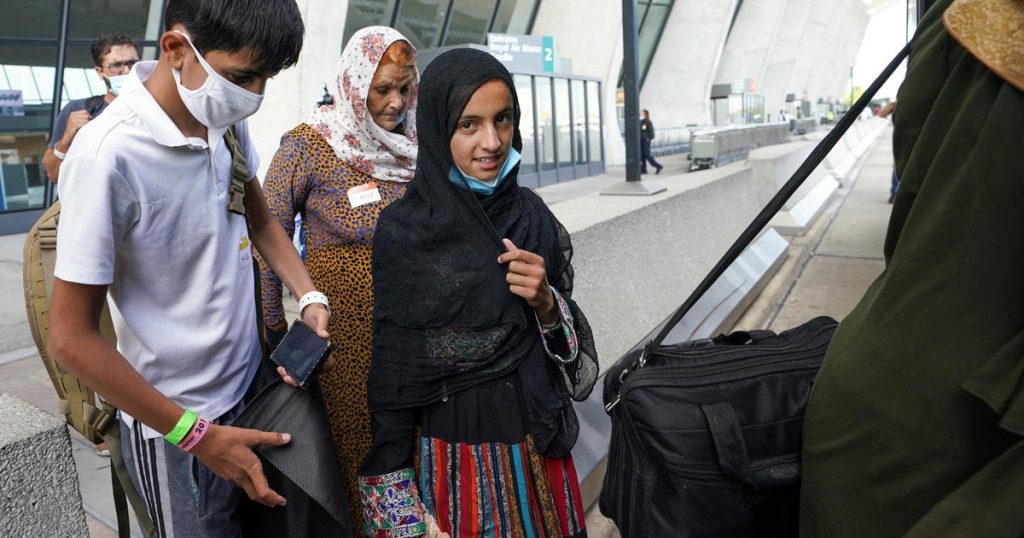