TOKYO (Reuters) – Andy Murray has overcome career-threatening hip surgery to give himself a shot at completing a hat-trick of Olympic tennis titles, but the Briton will have to hit the ground running in Tokyo after being given a tough first-round draw on Thursday.

Murray’s limited court time over the last year has seen him drop out of the top 100 and left him unseeded at his fourth Olympics. The result is a pairing with Canadian ninth seed Felix Auger-Aliassime, the 20-year-old world number 15, who beat the Scot in straight sets at the US Open last year and reached the quarter-finals at Wimbledon two weeks ago.

Murray, 34, also showed signs of his improving form at Wimbledon, reaching the third round after winning two consecutive Grand Slam matches for the first time in four years.

Still fighting back to fitness after a second hip surgery, he could certainly have done with an easier start, but he is determined to give his all for an Olympic tennis tournament that may not float every professional’s boat but holds a special place in the Scot’s heart.

In what he has described as the biggest win of his career, Murray famously beat Roger Federer at Wimbledon in 2012 – paving the way for his maiden Grand Slam triumph at the US Open later in the year and then victory back at Wimbledon in 2013.

He then won a second Olympic gold when he overcame Juan Martin del Potro in a classic final in Rio, more than making up for his shock first round defeat on his Olympic debut in Beijing in 2008.

“Overcoming barriers and difficulties is what defines competing at this level, the ups and the downs,” Murray wrote on the official Olympic website on Wednesday ahead of the draw.

“On a personal level, the Tokyo Games are significant. My goal is to try and win a medal. Ideally a gold one for my country. I know first-hand the impact that playing sport for a career has on your body. I know how difficult and frustrating that journey can be,” he added.

“I know the heartbreak of missing a major tournament and the journey of recovery. There are many athletes for whom 2020 should have been a crowning achievement, who will now not even make the rescheduled Games this summer. I truly feel for them.”

Anxious about the easing of Covid restrictions? Here are 7 tips to help deal with it

Thu Jul 22 , 2021
Commuters, some wearing PPE on a busy London Underground train. TOLGA AKMEN | AFP | Getty Images LONDON — Covid rules have been eased in many places across the world, including in England and parts of the U.S., with rules on mask wearing, social distancing and the number of people […] 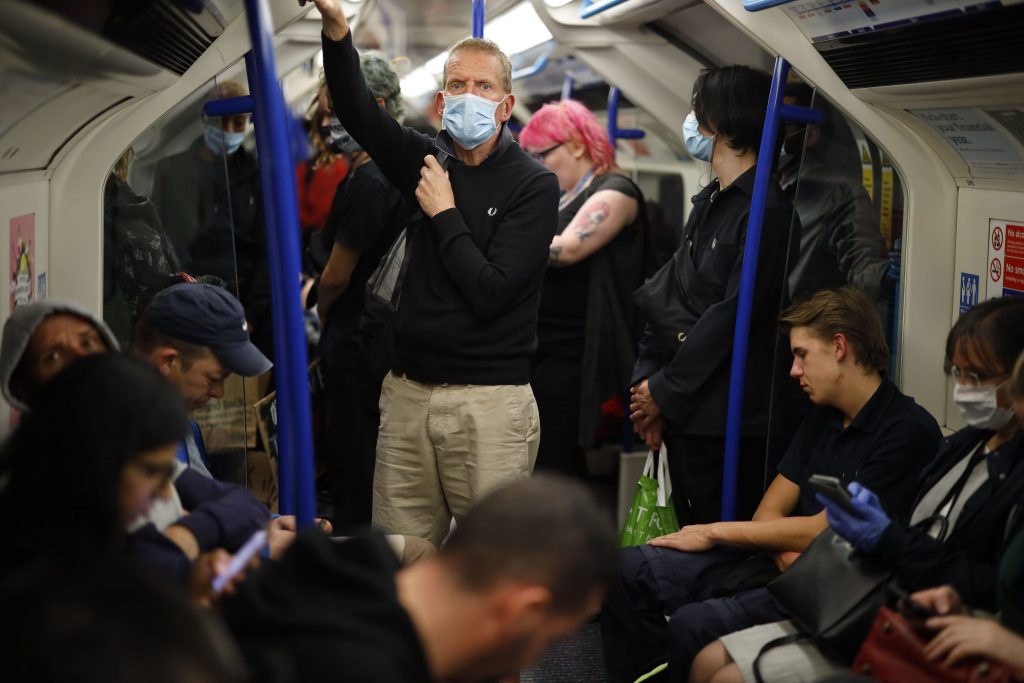