BELGRADE (Reuters) – The challenges Novak Djokovic faced in his childhood and throughout his career helped the 34-year-old Serb in his bid to become the greatest tennis player of all time, his former mentor Niki Pilic told Reuters.

The world number one will face Russian Daniil Medvedev in Sunday’s U.S. Open final aiming to win a record-breaking 21st career major and complete a calendar Grand Slam after taking the Australian Open, French Open and Wimbledon titles this year.

If he succeeds, Djokovic will surpass his long-time rivals Roger Federer and Rafael Nadal, who also both have 20 majors under their belts, and become the first man to win the calendar slam since Australian Rod Laver 52 years ago.

With the 83-year-old Laver watching from the stands in New York, Djokovic overpowered German Alexander Zverev in five pulsating sets to move within one victory of standing alone atop the list of Grand Slam champions.

Croatian Pilic, who oversaw the fledgling stages of Djokovic’s career as a teenager at his tennis academy in Germany, stressed it was just reward for the Belgrader who grew up in war-torn Serbia.

During the 1999 NATO bombing of Serbia over the conflict in Kosovo, a 12-year-old Djokovic trained in an empty swimming pool converted into a tennis court and his practice sessions were often cut short by air raid sirens.

“You can’t tell someone’s limits when they are just teenagers but doing things the hard way has definitely made Djokovic tougher,” Pilic told Reuters in a telephone interview shortly before the Serb’s win over Zverev.

“It’s a thin line and there were no guarantees that he would even go on to become a top 10 player, but his natural talent was obvious. More importantly, it was matched by his commitment, work rate and mental strength.

“It was obvious from the start at my academy that he was something special and that is why his father and I always believed in him.”

A former Alpine skiing instructor, Djokovic’s father Srdjan also instilled his passion into Novak, who has said that at one point he was undecided about which sport to pursue. https://www.reuters.com/article/us-tennis-djokovic-interview-idUSKBN0LX1Q120150301

For all his accomplishments on court, Djokovic has never enjoyed the same global popularity among tennis fans as Federer and Nadal.

“Djokovic is not everyone’s cup of tea because he comes from a small country and is hence not appreciated enough by droves of Anglo-American and European tennis fans,” Pilic said.

“But whether someone likes him or not, he has a lot of character and personality. He has done Serbia proud, he’s done heaps to improve the country’s international reputation and for me he is more than just a great tennis player.”

Serbia’s former Davis Cup coach Bogdan Obradovic was in charge when Djokovic led the Balkan nation to their first and only victory in the competition in 2010.

“Winning the 2010 Davis Cup title was a turning point in Novak’s career but first and foremost, it was the result of an eight-year long process of building him into the player and man he has become,” Obradovic told Reuters by email.

“I know how much it meant to him and after that triumph, he found a new level of confidence which allowed him to intensify his charge towards the number one spot in the ATP rankings.”

Serbia beat France 3-2 in the cauldron of the Belgrade Arena in that final and Djokovic, who had only won the 2008 Australian Open title at that point, claimed three of the four majors in 2011.

On Sunday, Djokovic heads into the biggest match of his life and he left doubt about what it meant to him when he addressed the Flushing Meadows crowd after beating Zverev.

“All in. I’m going to put my heart and my soul and my body and my head into that one. I’m going to treat the next match like it is the last match of my career,” he said.

Sat Sep 11 , 2021
Heritage Foundation senior research fellow Peter Brookes discusses Biden’s Afghanistan plan on ‘Fox Business Tonight’ As America marks the 20th anniversary of 9/11, we need to ask whether we’ve done enough to prevent the next attack. Whether we have properly honored the pilots, flight attendants, passengers, first responders, and others who died […] 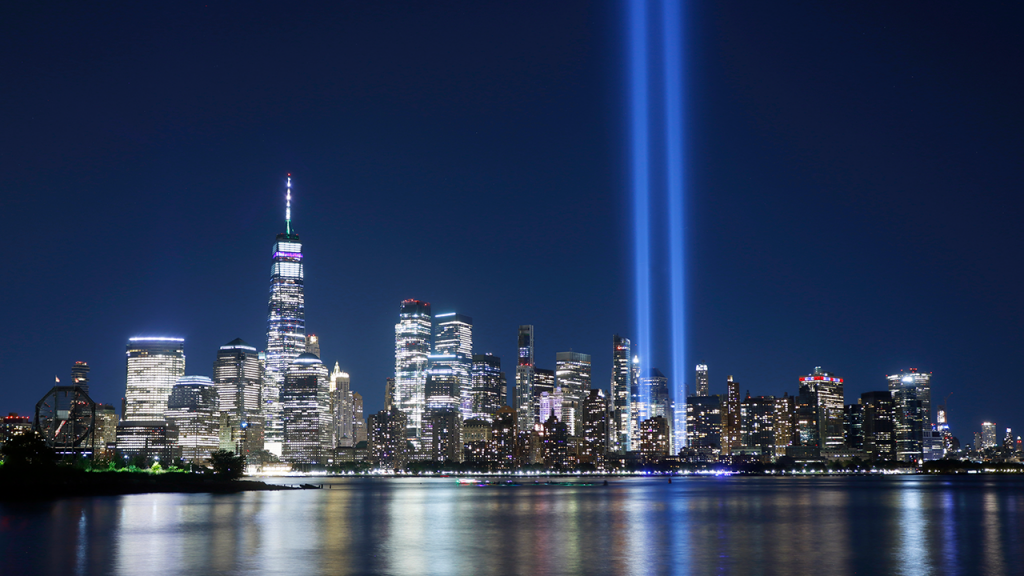