LONDON (Reuters) -It was business as usual for top seed Novak Djokovic as the Serbian dismantled the challenge of Chile’s Cristian Garin with a 6-2 6-4 6-2 victory to reach the last eight at Wimbledon and keep his title defence intact at the grasscourt major.

The world No.1, who won the last two men’s singles titles at the All England Club, will play his 50th Grand Slam quarter-final when he faces unseeded Hungarian Marton Fucsovics, who ousted Russian fifth seed Andrey Rublev 6-3 4-6 4-6 6-0 6-3.

Only the 39-year-old Roger Federer, an eight-time winner at Wimbledon, has reached more Grand Slam quarter-finals.

The 25-year-old Garin, seeded 17th, had never played Djokovic on grass before and soon realised he did not have the resources to trouble the Serbian on a sun-baked Centre Court.

Djokovic won the first eight points and never took his foot off the pedal during the one hour 48 minute contest, dominating from the baseline and the net against the Chilean.

The Serbian repeatedly brought Garin, who won his first point in the third game to huge applause, up to the net with deceptive drop shots and sliced returns only to pass or lob him.

In his inimitable way, Djokovic kept a lid on his unforced errors (23) while hitting 28 winners – double his opponent’s tally – and never lost his grip on the match.

He hit nine aces, lost only 13 points on his own serve and broke his opponent five times to stay on course for a 20th Grand Slam title that would tie him with his great rivals Federer and Rafa Nadal for the most major men’s titles.

A sixth Wimbledon trophy on Sunday would also move the 34-year-old closer to the Golden Slam, with the Tokyo Olympics and the U.S. Open to be played on his favourite hard courts.

The reigning Australian Open and Roland Garros winner did not hide the fact that he was feeling at his best.

“Confidence level is very, very high obviously after winning the French Open,” he said in his on-court interview.

“That was probably one of the biggest wins under those kinds of circumstances that I’ve played in. Particularly in the second week – two five-setters, two four-setters.

“It took a lot out of me but, at the same time, it gave me wings. It gave me the confidence boost that I needed for Wimbledon and my energy levels are really good. I’m pleased.

“This is the quickest surface in sports so obviously coming from clay takes a little bit of time to adapt to adjust your game and to make sure that you’re at your best.

“So the further the tournament goes I feel like I’m more comfortable playing on grass. I look forward to the next challenge.”

(Reporting by Sudipto Ganguly in Mumbai; Editing by Ken Ferris) 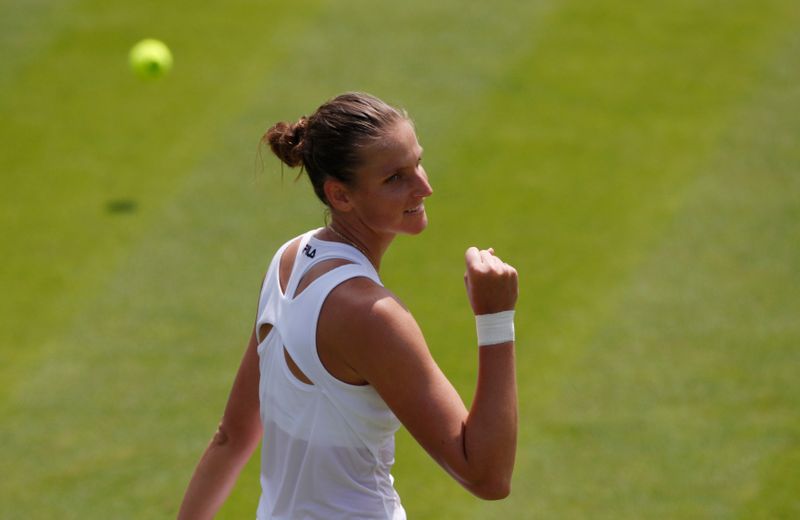