Sen. Ted Cruz, R-Texas, warned on Friday that Republicans could see “a bloodbath of Watergate proportions” if voters are angry and broke when casting their ballots next month.

Cruz blamed House Speaker Nancy Pelosi and Senate Minority Leader Chuck Schumer for holding up a deal to provide a new round stimulus and direct payment checks to Americans during the coronavirus pandemic, although it was President Donald Trump who abruptly called off talks earlier this week.

“If people are going back to work, if they’re optimistic, if they’re positive about the future, we could see a fantastic election: the president getting reelected with a big margin, Republicans winning both Houses of Congress,” Cruz said in an interview on CNBC’s “Squawk Box.”

“But I also think if on Election Day, people are angry and they’ve given up hope and they’re depressed, which is what Pelosi and Schumer want them to be, I think it could be a terrible election. I think we could lose the White House and both houses of Congress, that it could be a bloodbath of Watergate proportions.”

Cruz was referring to congressional gains Democrats made in 1974 following President Richard Nixon’s resignation over the Watergate scandal. Democrat Jimmy Carter would go on to win the presidential race in 1976.

Trump abruptly called off talks until after the election earlier this week, though Pelosi and Treasury Secretary Steven Mnuchin spoke about a broad stimulus plan on Thursday, according to the speaker’s spokesperson Drew Hammill.

Cruz said he’d spoken with Trump on Thursday and that the president wants to make a deal. That day, White House communications director Alyssa Farah told reporters the administration wanted to address a variety of stimulus strategies but not as “part of a larger package.” Farah later told reporters “we’re open to going with something bigger,” but “we’re not going to operate from the $2.2 trillion that the speaker laid out.”

A spokesperson for Schumer, D-N.Y., declined to comment. A representative for Pelosi, D-Calif., did not immediately respond to CNBC’s request for comment.

Democratic nominee and former Vice President Joe Biden’s lead over Trump has been growing in the polls since the president’s Covid-19 diagnosis, with 25 days to go until Election Day. Based on Real Clear Politics’ broader average of surveys from Florida, Pennsylvania, Michigan, Wisconsin, North Carolina and Arizona, Biden holds a 4.6-point advantage.

According to the U.S. Election Project, over 7 million voters have already cast their ballots early or by mail this year.

With $3 billion on the line, expect NFL games to continue despite Covid-19 outbreak

Fri Oct 9 , 2020
Ryan Tannehill #17 of the Tennessee Titans passes the ball in the first quarter against the Minnesota Vikings at U.S. Bank Stadium on September 27, 2020 in Minneapolis, Minnesota. Stephen Maturen | Getty Images This was expected. The National Football League is now experiencing a pandemic crisis sparked by Covid-19 […] 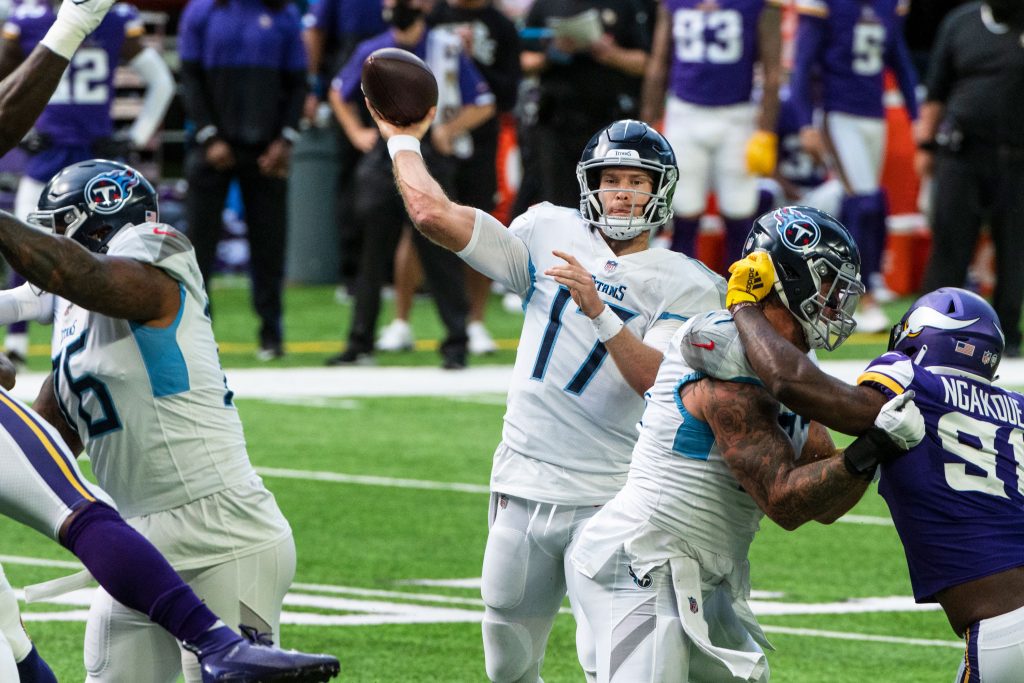