Tech shares led U.S. stocks higher Thursday, despite an unexpected jump in jobless claims that resurfaced some concerns about the economy and sent bond yields lower.

Investors jumped back into their favorite tech stocks as optimism about the sector grows ahead of big earnings reports next week for some of the largest names in the space. Salesforce is 2.5% higher while Amazon and Facebook are each 1.4% higher.

“Between interest rates falling, the edge coming off of growth expectations and the COVID resurgence adding to some of the uncertainty, tech stocks look like a natural place that investors and traders are going to gravitate to until we get more resolution along some of these fronts,” said Yung-Yu Ma, BMO Wealth Management’s chief investment strategist.

Microsoft rose 1.6% after Citi raised its price target, saying the tech giant has the potential to beat Wall Street expectations when it reports quarterly earnings next week. Citi predicted the stock will rise more than 30% over the next year. Apple rose almost 1% after Cannacord Genuity said there was “strong demand” for Apple products ahead of its earnings next week.

The overall market continues to grind higher, led sometimes by value stocks when economic optimism is high and on days such as Thursday, tech shares take over the lead.

The Dow is up 0.3% on the week and sits less than 1% from a record high, bouncing back from a 700-point-plus rout on Monday.

Some investors believe that reopening plays will once again come back into favor and tech shares will pull back.

“This economy is still in an incredibly strong rebound, corporate revenue and profits are increasing sharply, and it’s a pretty positive backdrop,” said Ron Temple, head of US equities and co-head of multi-asset investing at Lazard Asset Management. “That means interest rates in the bond market are too low and if we start to see the yield curve really steepen, that’s a challenge for the companies that are driven by growth, that hope they’ll make a profit in five to 10 years,” like tech stocks.

“That’s a negative headwind for those companies, and it’s probably a positive story for the stocks traditionally viewed as more value oriented stocks,” he added.

Stocks were under pressure earlier in the day after jobless claims unexpectedly rose to 419,000, higher than the 350,000 economists polled by Dow Jones estimated and more than the upwardly revised 368,000 from the previous period.

The 10-year Treasury yield ticked lower to 1.265% on the poor jobs data. The rate dropped to a 5-month low of 1.17% earlier in the week that spooked stocks.

Banks stocks, which are typically viewed as cyclical stocks whose performance is tied to the path of the economy, were down with JPMorgan, Bank of America and Wells Fargo shedding more than 1%.

Still, a strong second-quarter earnings reporting season continues, with American Airlines posting a profit for the second-quarter, snapping a streak of five straight quarters with losses, thanks to the recovery in travel demand and government aid. The shares, which were up 8% this week, are down 1% on Thursday. Similarly, Southwest Airlines reported a quarterly profit, but the carrier’s stock is more than 3% lower.

Union Pacific, traded up more than 1% after reporting second-quarter net income of $1.8 billion or $2.72 per diluted share. That’s up from $1.1 billion, or $1.67 per diluted share in the year-ago quarter.

Texas Instruments is down more than 5% after the chipmaker topped expectations for the second quarter, but warned that third quarter results could fall short of analysts’ estimates.

So far 15% of the S&P 500 has reported earnings, with 88% beating earnings estimates, according to Refinitiv. Of the companies that have reported, 84% have topped revenue expectations.

“The truth is investors have been very spoiled by the recent stock market performance,” noted LPL Financial chief market strategist Ryan Detrick. “Incredibly, we haven’t seen as much as a 5% pullback since October. Although we firmly think this bull market is alive and well, let’s not fool ourselves into thinking trees grow forever. Risk is no doubt increasing as we head into the troublesome August and September months.”

Thu Jul 22 , 2021
Jack Dorsey creator, co-founder, and Chairman of Twitter and co-founder & CEO of Square arrives on stage at the Bitcoin 2021 Convention, a crypto-currency conference held at the Mana Convention Center in Wynwood on June 04, 2021 in Miami, Florida. Joe Raedle | Getty Images Twitter shares rose as much […] 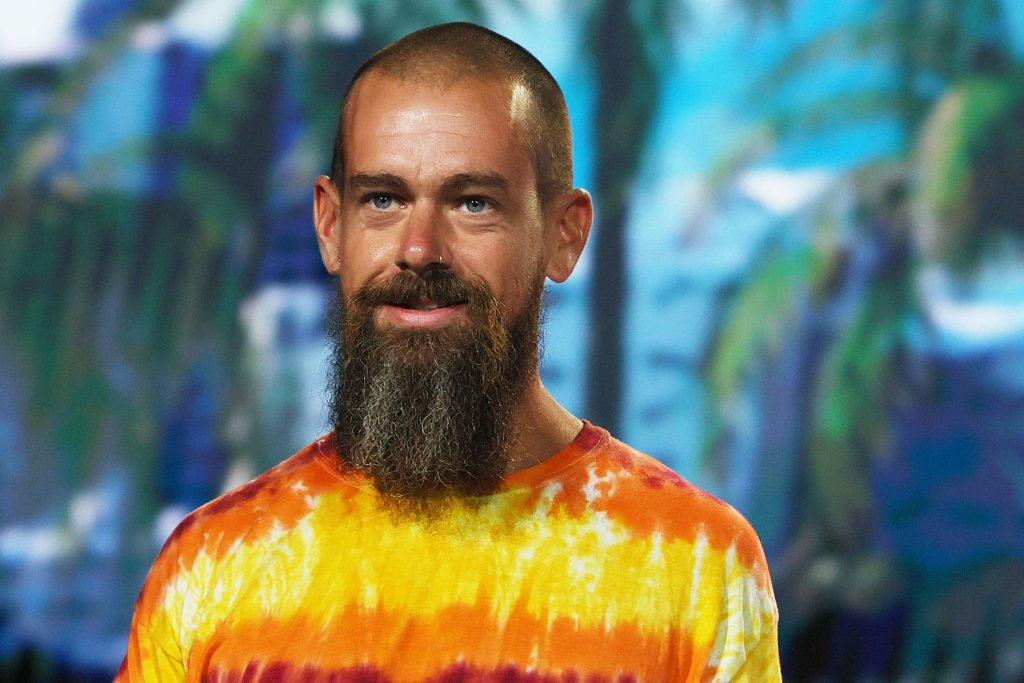