Manuel Margot also homered for the Padres, who lost the opener of the four-game series on Thursday before winning a series against the Dodgers for the first time in seven tries.

Max Muncy and Justin Turner went deep for the Dodgers, who still will head into the All-Star break with a major league-best 60 victories. The Dodgers are just the 15th team in history to win 60 games before the break.

Two days after he injured his right elbow on a play at second base, and a day after he was hit by a pitch on the left elbow, Tatis opened Sunday’s game with a leadoff home run against Dodgers starter Ross Stripling. Margot made it 2-0 in the second inning with a home run that bounced off the top of the center field wall.

Muncy cut the deficit to 2-1 in the second inning with his 22nd homer of the season.

Tatis delivered the decisive blow with a three-run shot in the fifth inning, his 14th of the season. The rally was aided when Austin Hedges hit an infield double on a soft popup that Muncy lost in the sun at first base. The ball came down on the back of Muncy’s head and rolled into foul territory.

Lucchesi (7-4) gave up three runs on six hits over 6 1/3 innings with four strikeouts. He earned his first career victory over the Dodgers in five tries after entering with a 7.64 ERA against them. Kirby Yates earned his third save in three days and his major league-leading 30th on the season.

Turner hit a solo home run in the sixth inning, his 10th, before Alex Verdugo added an RBI single in the seventh to get the Dodgers within 5-3. Los Angeles finished the first half with 146 home runs, second most in the National League behind the Milwaukee Brewers.

Stripling (3-3) gave up four runs on six hits over 4 1/3 innings, with no walks and three strikeouts as the Dodgers lost a home series for the first time since an April 12-14 matchup with the Milwaukee Brewers.

Sun Jul 7 , 2019
Stocks in Asia were lower in Monday morning trade after a strong jobs report last Friday stateside moderated expectations that the U.S. Federal Reserve could soon be making a move on interest rates. In Japan, the Nikkei 225 slipped 0.58% as shares of industry heavyweight and robot maker Fanuc declined […] 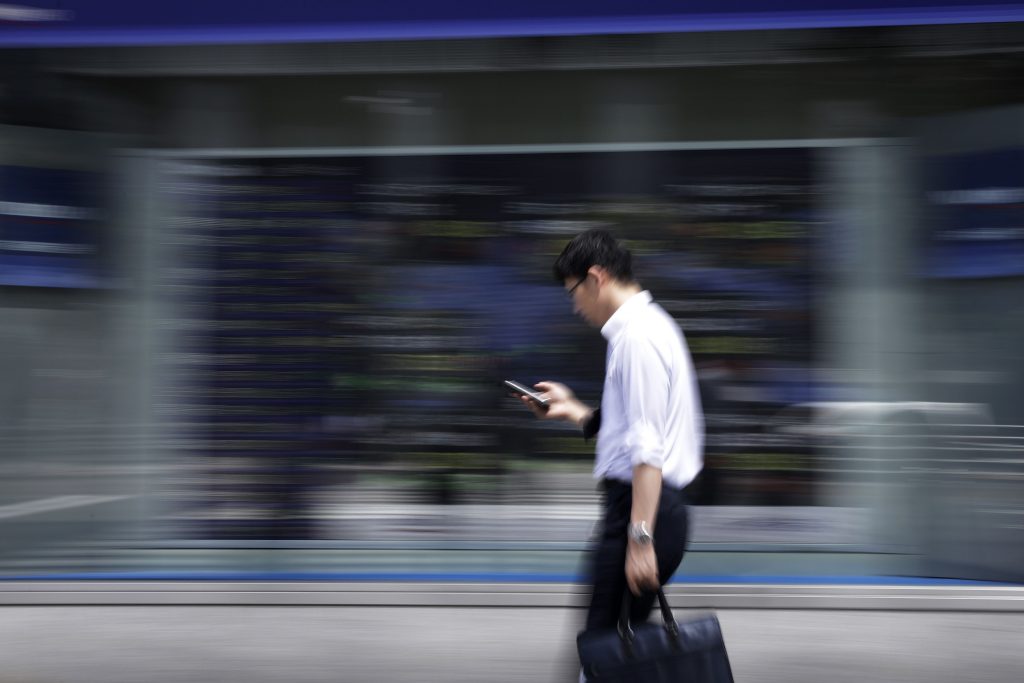