(Reuters) – Private equity firms Permira and Advent International Corp have proposed a deal to buy Symantec Corp for more than $16 billion after the cyber security company agreed to a sale of a big chunk of its business, the Wall Street Journal reported on Friday.

Shares of Symantec rose as much as 10% after the report.

Permira and Advent recently approached Symantec proposing a takeover deal valuing Symantec at $26 to $27 a share that would hand them the company’s consumer operation while preserving the sale of its enterprise business to chipmaker Broadcom Inc, the report said.

Such a structure could reduce the tax bill for its shareholders, the WSJ report said, citing people familiar with the matter. (https://on.wsj.com/2m1v1s1)

The report added that it couldn’t be learned how exactly this deal would work and it is far from guaranteed it will happen.

If it does, it could involve the firms buying Symantec and proceeding with the sale to Broadcom or waiting for the enterprise deal to close and then acquiring the consumer unit, the Journal reported.

In August, Broadcom said it would buy Symantec’s enterprise security unit for $10.7 billion in cash to scale up its software business through deals.

Sources had told Reuters in July that Symantec walked away from negotiations to sell the entire company to Broadcom over price disagreements.

The WSJ on Friday reported that Permira and Advent had also considered a deal for all of Symantec and were close to inking one before the talks fell apart.

Up to Thursday’s close, Symantec had a market capitalization of $14.51 billion.

Symantec and Permira did not immediately respond to Reuters’ requests for comment. An Advent spokesman declined to comment.

(Reporting by Arjun Panchadar in Bengaluru; Editing by Maju Samuel)

Fri Sep 6 , 2019
Woman walks past Fannie Mae in Washington. Kevin Lamarque | Reuters Shares of Fannie Mae and Freddie Mac slumped on Friday amid disappointment over a long-awaited U.S. Treasury Department plan to begin recapitalizing the mortgage giants and return them to private control after their bailout during the 2008 financial crisis. […] 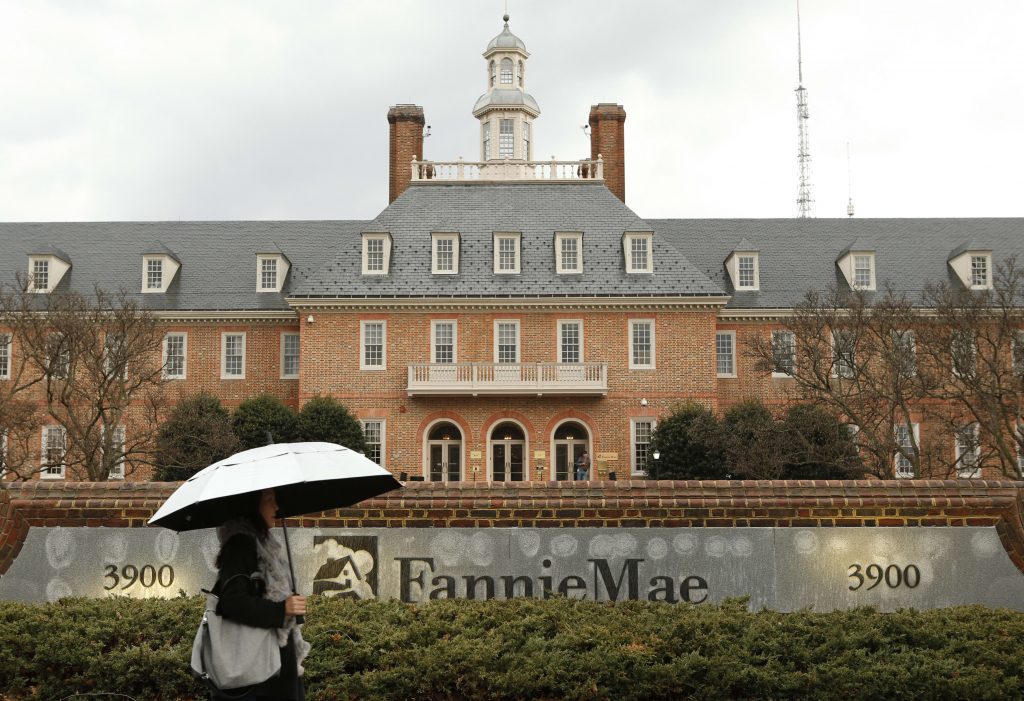