The Supreme Court ruled 5-4 on Tuesday that a Montana scholarship program that indirectly provided state funds to religious schools is protected by the Constitution, weighing in on a high-profile dispute over the separation of church and state.

Roberts wrote that a decision by the Montana Supreme Court to invalidate a scholarship program on the basis that it would provide funding to religious schools in addition to secular schools “bars religious schools from public benefits solely because of the religious character of the schools.”

“The provision also bars parents who wish to send their children to a religious school from those same benefits, again solely because of the religious character of the school,” Roberts wrote.

Roberts wrote that no state is required to subsidize private education, but if it does, ” it cannot disqualify some private schools solely because they are religious.”

The decision comes after a string of cases in which Roberts sided with the court’s liberal wing on issues involving LGBT rights, immigration and abortion.

The case concerned a scholarship program enacted in Montana in 2015, which provided individuals and businesses with up to $150 in tax credits to match donations to private, nonprofit scholarship organizations.

Shortly after the program was enacted, the Montana Department of Revenue put in place a rule that barred scholarship recipients from using funds from the program to pay for religious schools.

That rule was intended to comply with a provision of the Montana Constitution, which forbids “any direct or indirect appropriation or payment from any public fund or monies … for any sectarian purpose,” including “to aid any church, school, academy, seminary, college, university, or other literary or scientific institution.”

Similar prohibitions, known as Blaine Amendments, exist in the constitutions of 36 other states, and in many cases stemmed from anti-Catholic sentiments.

Three mothers who relied on the scholarship program to help pay for their children’s tuition at a  nondenominational Christian school challenged the department’s rule, arguing that it violated the First Amendment’s religious protections.

A trial court in Montana sided with the mothers, but the Montana Supreme Court reversed the decision, reasoning that the tax-credit program was in effect indirectly paying for tuition at religious schools, in violation of the state constitution.

The Montana court struck down the tax-credit program in its entirety.

The mothers took the case to the Supreme Court, arguing that the lower court decision was impermissibly hostile to religion.

“Prohibiting all religious options in otherwise generally available student-aid programs rejects that neutrality and shows inherent hostility toward religion,” their attorney, Richard Komer, told the justices in a filing.

The state constitution’s prohibition on funding religious schools “does not restrain individual liberty,” wrote Adam Unikowsky, an attorney for the state. “Rather, it restrains the government by barring state aid to religious schools.”

Montana’s tax-credit scholarship program was similar to programs run in 18 states, according to a friend-of-the-court brief submitted to the justices.

In dissent, Justice Ruth Bader Ginsburg, joined by Justice Elena Kagan, argued that the Montana Supreme Court’s decision to strike down the scholarship program in its entirety, rather than just restricting its benefits for religious schools, meant that the state was not discriminating against those with religious views.

“Under that decree, secular and sectarian schools alike are ineligible for benefits, so the decision cannot be said to entail differential treatment based on petitioners’ religion,” Ginsburg wrote. “Put somewhat differently, petitioners argue that the Free Exercise Clause requires a State to treat institutions and people neutrally when doling out a benefit—and neutrally is how Montana treats them in the wake of the state court’s decision.”

Justice Sonia Sotomayor relied on similar reasoning in a separate dissent. She added that the top court had “never before held unconstitutional government action that merely failed to benefit religious exercise.”

Justice Stephen Breyer, in a dissent joined by Kagan, wrote that the “majority’s approach and its conclusion in this case, I fear, risk the kind of entanglement and conflict that the Religion Clauses are intended to prevent.”

Belgian king expresses deep regret for colonial past in Congo 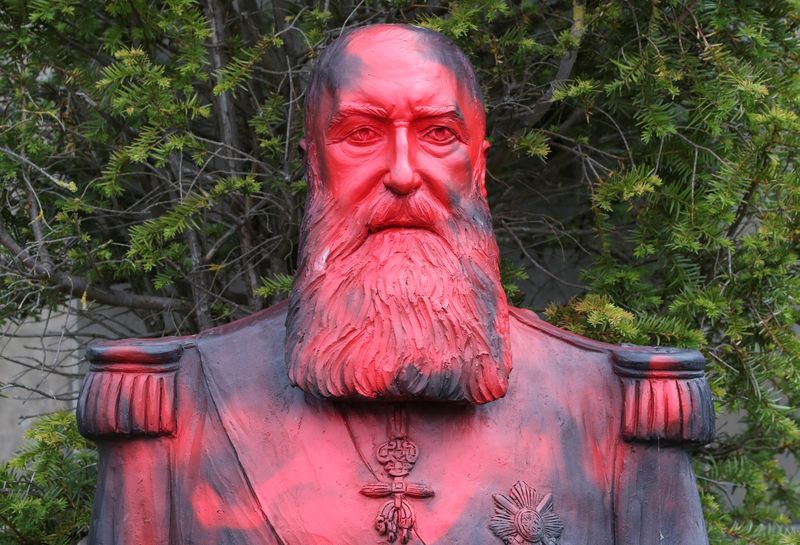