The Suez Canal Authority on Sunday said it has reached an agreement to settle a financial dispute with the owners of a hulking container ship that blocked the crucial waterway for nearly a week earlier this year.

The authority did not reveal details on the settlement deal with the Shoei Kisen Kaisha Ltd., the Japanese owner of the Ever Given. It said the deal will be singed in a ceremony in the Suez Canal city of Ismailia on Wednesday.

The vessel would be also freed Wednesday, it said. The Ever Given, a Panama-flagged cargo ship is accompanied by Suez Canal tugboats as it moves in the Suez Canal, Egypt on March 29, 2021. (Associated Press)

The head of Egypt’s Suez Canal Authority, Lt. Gen. Osama Rabie, said last month the parties had agreed on a compensation amount. But he said it would not be made public as they had signed a non-disclosure agreement until the signing of the final contract.

The vessel had run aground in the single-lane stretch of the canal on March 23 before it was extracted six days later after a massive salvage effort by a flotilla of tugboats.

Since it was freed, the Panama-flagged, Japanese-owned vessel, which carries cargo between Asia and Europe, has been ordered by authorities to remain in a holding lake mid-canal, along with most of its crew, as the two sides negotiated a settlement.

The disagreement had centered on the compensation amount the Suez Canal Authority is claiming for the salvage of the vessel.

The money would cover the salvage operation, costs of stalled canal traffic, and lost transit fees for the week the Ever Given blocked the canal.

At first, the Suez Canal Authority demanded $916 million in compensation, which was later lowered to $550 million.

The two sides have traded blame for the vessel’s grounding, with bad weather, poor decisions on the part of canal authorities, and human and technical error all being thrown out as possible factors.

The six-day blockage disrupted global shipping. Hundreds of ships waited in place for the canal to be unblocked, while some ships were forced to take the much longer route around the Cape of Good Hope at Africa’s southern tip, requiring additional fuel and other costs.

Oil prices hover above $75 as OPEC+ struggles to reach a deal. Here's why it matters

Mon Jul 5 , 2021
Flames burn off at an oil processing facility in Saudi Aramco’s oilfield in the Rub’ Al-Khali desert in Shaybah, Saudi Arabia, in October 2018. Simon Dawson | Bloomberg | Getty Images Energy prices are hovering above the $75 level after OPEC and its allies could not reach a key deal […] 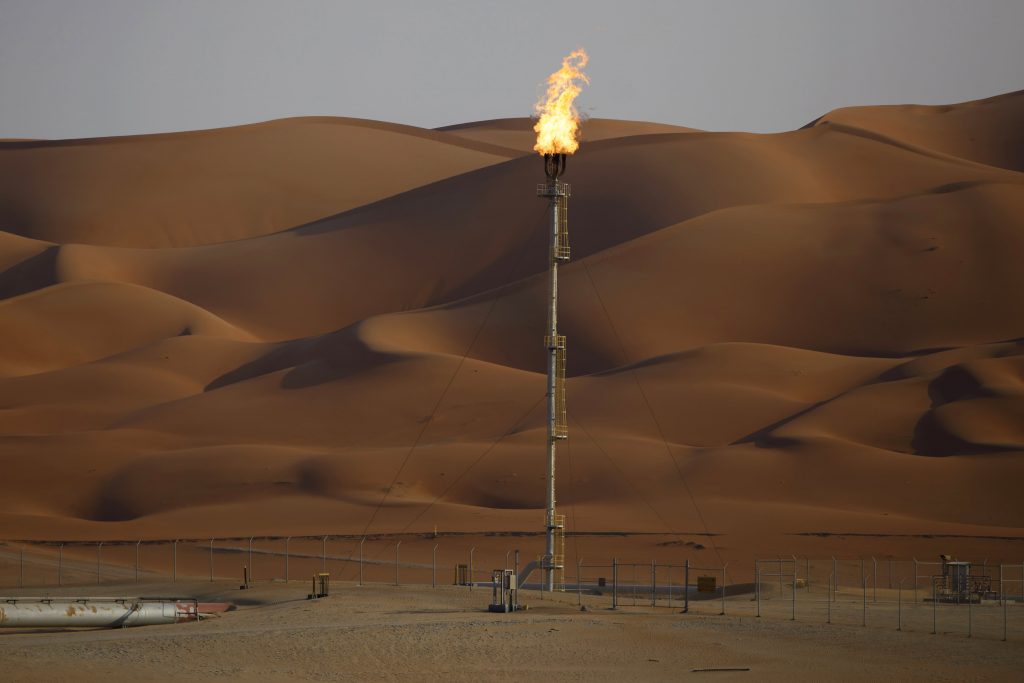