A college student wanted to take down potential predators on Tinder. So, he posed as a teen girl using Snapchat’s new gender filter — and ended up catching a cop allegedly looking to hook up with a minor.

San Jose police arrested the 40-year-old San Mateo officer last Thursday for allegedly communicating with a minor with the intention of engaging in sexual activity. He was booked into Santa Clara County Jail.

Police say the two initially spoke on Tinder in early May, before switching to Kik Messenger and later, Snapchat. According to police, Davies acknowledged that he was speaking to a minor, continuing to chat on Snapchat about engaging in sexual activity.

Ethan, described as a “concerned citizen,” tipped police off to Davies, who was arrested last week after a lengthy investigation. Police say that Ethan was able to research Davies after their conversations and determine his identity.

The San Mateo Police Department said that Davies was off duty in another county when the conversations occurred. He is currently on paid administrative leave.

“This alleged conduct, if true, is in no way a reflection of all that we stand for as a Department, and is an affront to the tenets of our department and our profession as a whole,” San Mateo Police Chief Susan Manheimer said in a statement. “As San Mateo police officers, we have sworn an oath to serve and protect our communities. I can assure you that we remain steadfast to this commitment to serving our community with ‘Professionalism, Integrity, and Excellence.’

Wed Jun 12 , 2019
Image 1 of 2 ▼ In this May 29, 2019 photo, an abandoned guard tower stands in the inner court area as clothes hang from a fence of the Punta de Rieles prison in Montevideo, Uruguay. Punta de Rieles is an exception not only in Uruguay but in Latin America […] 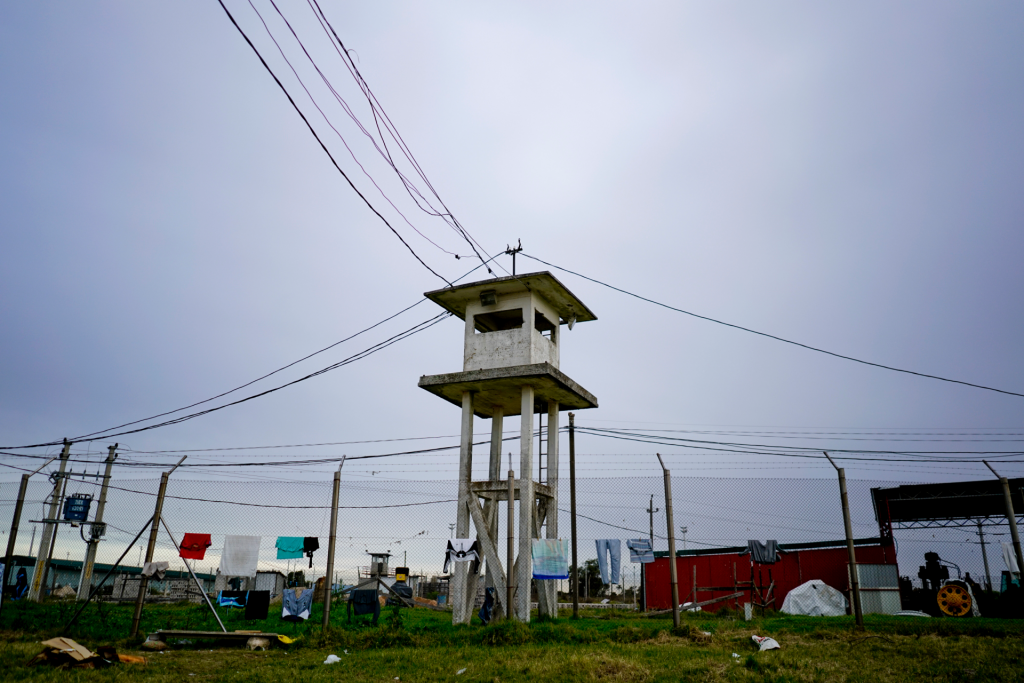