San Juan — A 6.5-magnitude earthquake struck Puerto Rico before dawn on Tuesday, the largest in a series of quakes that have hit the U.S. territory in recent days and caused heavy damage in some areas.

A tsunami alert was initially issued for Puerto Rico and the U.S. Virgin Islands but was later canceled.

The U.S. Geological Survey said the quake hit at 4:24 a.m. just south of the island at a shallow depth of 10 kilometers. It initially gave the magnitude as 6.6 but later adjusted it.

Albert Rodríguez, who is from the southwest town of Guánica, said the tsunami sirens went off before officials canceled the alert. He said there is widespread damage in his neighborhood.

“The road is cracked in the middle and it lifted up,” he said.

Agence France Press said people wrote on social media that they were shaken awake by quake’s force. One woman tweeted that she’d been “wrenched from sleep” and said, “Everybody is awake & scared all over.”

Víctor Huérfano, director of Puerto Rico’s Seismic Network, told The Associated Press he doesn’t have immediate reports of damage or injuries because communications are down for much of the island. He said officials in the large southern coastal city of Ponce told him there was widespread damage.

“We expect that this will be the largest quake for now,” he said. “The aftershocks will continue for some time.”

Puerto Rico’s governor, Wanda Vasquez, told station Radioisla just before 6 a.m. that there had been no immediate reports of deaths. She said she was closing government offices for the day and urged citizens to remain calm and not check damage to their homes until daylight.

A 5.8-magnitude quake that struck early Monday morning collapsed five homes in the southwest coastal town of Guánica and heavily damaged dozens of others. It also caused small landslides and power outages. The quake was followed by a string of smaller temblors.

The shaker collapsed a coastal rock formation that had formed a sort of rounded window, Punta Ventana, that was a popular tourist draw in the southwest town of Guayanilla.

Residents in the south of the island have been terrified to go into their homes for fear that another quake will bring buildings down.

He said the quakes overall come as the North American plate and the Caribbean plate squeeze Puerto Rico.

One of the largest and most damaging earthquakes to hit Puerto Rico occurred in October 1918, a magnitude 7.3 that struck near the island’s northwest coast, unleashing a tsunami and killing 116 people.

US warns ships in Mideast waterways of possible Iran action

Tue Jan 7 , 2020
TEHRAN, Iran — The U.S. government is warning ships across Mideast waterways crucial to global energy supplies that there’s the “possibility of Iranian action against U.S. maritime interests” in the region. The U.S. Maritime Administration put out the warning Tuesday, citing the rising threats after an American drone strike in […] 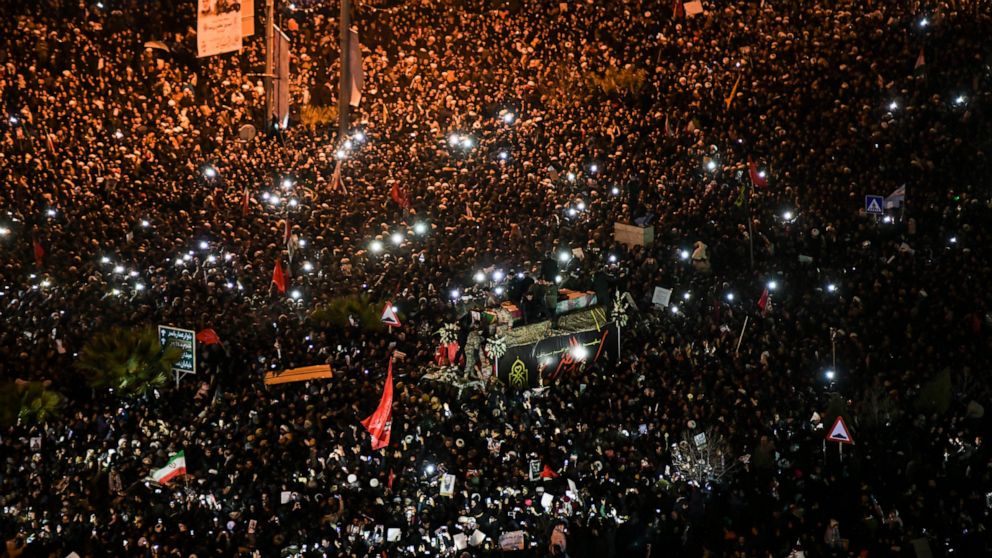