The iconic ruby slippers Judy Garland wore in the film “The Wizard of Oz” have been recovered. Thirteen years after they were stolen, Grand Rapids Police Department in Minnesota and the FBI announced on Tuesday that the slippers – one of at least three existing pairs used while shooting the film – have been found and recovered.

In August 2005, a burglar broke a window in the museum’s back door and entered. The burglar then smashed a Plexiglass case where the slippers were and got away with them. The alarm did not sound to a central dispatch system and no fingerprints were left behind – only a single red sequin.

Grand Rapids Police Detective Brian Mattson received information about the stolen slippers last summer that led the department to team up with the FBI, as the tip involved investigating outside the state.

According to The Associated Press, the FBI said a man approached the insurer in summer 2017 and said he could help get them back. The slippers were then recovered in July during a sting operation in Minneapolis.

The FBI said no one has yet been arrested or charged in the case, but they have “multiple suspects” and continue to investigate. As they unveiled the recovered slippers at a news conference Tuesday, they asked anyone with information about the theft to contact them.

Investigators said they worked with experts at the Smithsonian’s Museum of American History in Washington, which also has a pair of ruby slippers from the movie, to verify that the pair was authentic.

Grand Rapids Police Sergeant Robert Stein said that his department stayed quiet about rumors regarding the slippers over the years, hoping the truth would emerge one day.

“The police department really had no evidence and no clues to work with,” he said. “The investigator assigned to the case was fearful that the thief might destroy the slippers if he believed the police were on his trail. Therefore, when rumors developed that local wayward youth were most likely responsible for the theft and had tossed the slippers into the Mississippi River or in one of the many water filled iron ore pits that dot the landscape, we did little to dispel it. We believed that information would eventually surface and knew we were in this for the long haul.” Stein added that officers investigated tips over the years, but many led to reproductions of the slippers, not the real thing.

Police are not releasing more information about the investigation, as it remains active, they said.

Grand Rapids Police Chief Scott Johnson said in a statement, “When the slippers were snatched in that early morning burglary, the thief not only took the slippers but also a piece of history that will be forever connected to Grand Rapids and one of our city’s most famous children. We knew this day would eventually come and we are grateful to the FBI and all those that worked so hard to bring this piece of cinematic treasure out of the shadows and into the light. After all, ‘There’s no place like home!”

In 2015, an anonymous donor offered a $1 million reward for credible information leading to the recovery of the ruby slippers. The slippers were insured for $1 million, but in 2015, John Kelsch, executive director of the Judy Garland Museum said they could be worth $2 million to $3 million.

Tue Sep 4 , 2018
An ongoing federal investigation into public corruption in Tallahassee, threatens to damage the nascent campaign of Democratic gubernatorial nominee Andrew Gillum, the city’s mayor. The FBI investigation into whether out-of-town developers were able to influence city development projects has spawned political attacks against the gubernatorial candidate, who won the state’s […] 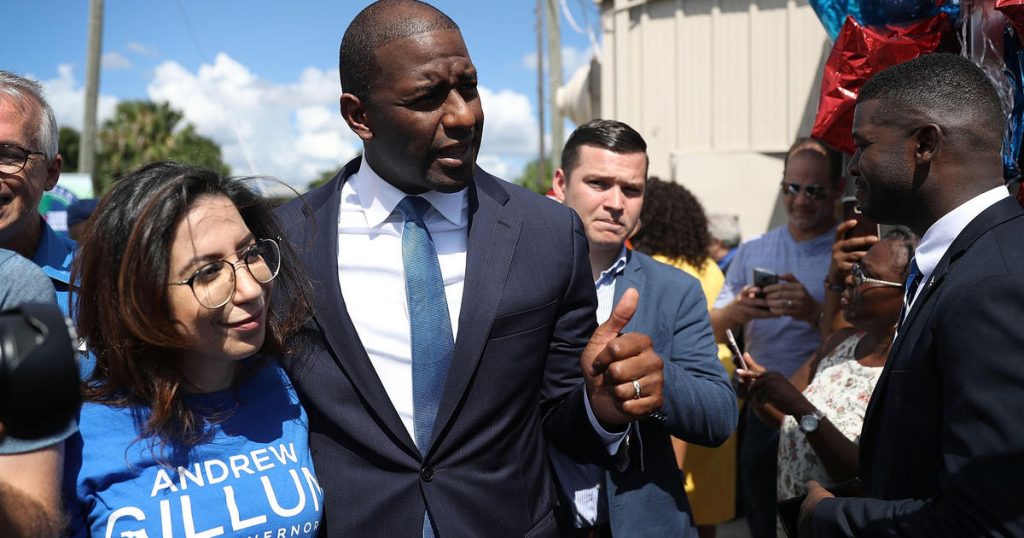