FILE PHOTO: A broker is pictured near a computer screen showing movements in the stock market since the morning opening at the Colombo Stock Exchange February 6, 2014. REUTERS/Dinuka Liyanawatte/File Photo

SYDNEY (Reuters) – Asian share markets stumbled on Wednesday as a bout of risk aversion boosted bonds and the dollar, while investors braced for minutes from the Federal Reserve’s last meeting which could confirm a hawkish turn in U.S. monetary policy.

Dealers were hard pressed to find a single catalyst for the sudden mood swing, but a Chinese crackdown on tech companies clearly had an impact.

Wall Street had been unsettled by a survey showing a slight cooling in the red-hot U.S. services sector, though at 60.1 the ISM index was still historically high.

“Normally any ISM reading approaching 60 or above would be seen as strong, but details play to the idea that there is a speed limit to the recovery amid shortage of inputs and labour, alongside still elevated costs,” said Rodrigo Catril, a senior FX strategist at NAB.

The skittish mood helped Treasuries extend their recent rally with yields on U.S. 10-year notes dropping almost 8 basis points overnight to 1.348%. That was the lowest since February and also the largest daily decline since February.

The outperformance of longer-dated debt saw the yield curve bull flatten, which could be a bet the Fed will tighten policy pre-emptively to head off inflation.

Minutes of the Fed’s June policy meeting due later on Wednesday might show how serious members were about tapering their asset buying and how early hikes could begin.

Expectations of a hawkish tone helped the dollar rally against a basket of currencies to 92.543, up from a low of 92.003 on Tuesday. The euro dropped back to $1.1823, near its lowest since March while commodity-linked currencies slipped.

“Our view boils down to U.S. economic outperformance for a period, so we have downgraded our near‑term forecasts for all currencies we monitor against the USD.”

In commodity markets, the bounce in the dollar offset the general risk-off mood to leave gold steady at $1,797 an ounce after briefly reaching as high as $1,814 overnight.

Oil prices had shed some recent gains after OPEC producers cancelled a meeting when major players were unable to come to an agreement to increase supply.

Analysts at NatWest Markets said the absence of a deal on expanding output was a positive for prices in the near term, but could be a liability over time.

France has one of the lowest retirement ages in the world. And that’s a big headache for Macron 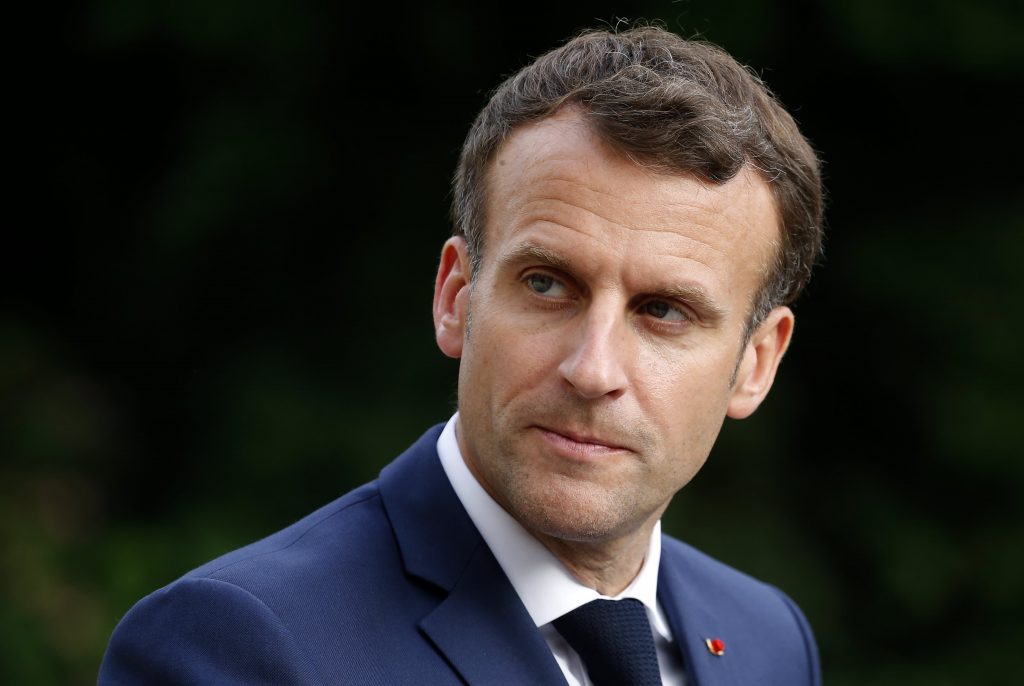